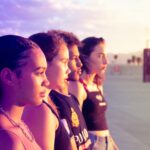 Kirsten Barnicot summarises a recent systematic review of the factors associated with the course of ‘borderline personality disorder’ symptoms in adolescence. 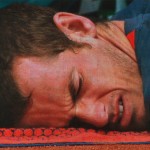 With a between-subjects design and gender as its one independent variable, the researchers in this study used the Novaco Anger Scale and Provocation Inventory to compare the score of 12 females and 23 males within a forensic psychiatric service for patients with learning disabilities. The team found there were significant differences between scores which suggested [read the full story…]