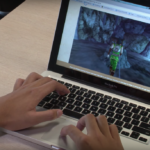 There is a growing body of literature around universal approaches to depression and anxiety prevention in schools, for example this systematic review (more in the links at the end of this blog). This trial adds to that.

This trial, conducted in Australia from 2014 to 2016, looked at whether a web-based gamified intervention based on CBT (Cognitive Behavioural Therapy) principles could prevent depressive symptoms in final-year secondary school students around final exams. The researchers’ justification for the trial design was that stressful life events are precursors to depression. Final exams are extremely stressful for final-year students because, in Australia, the marks from these exams translate into entrance scores for post-secondary education admissions. They are even more stressful for academically gifted students from selective schools. Therefore, the researchers reasoned that this would be a good context to test the effectiveness of a universal depression prevention intervention. 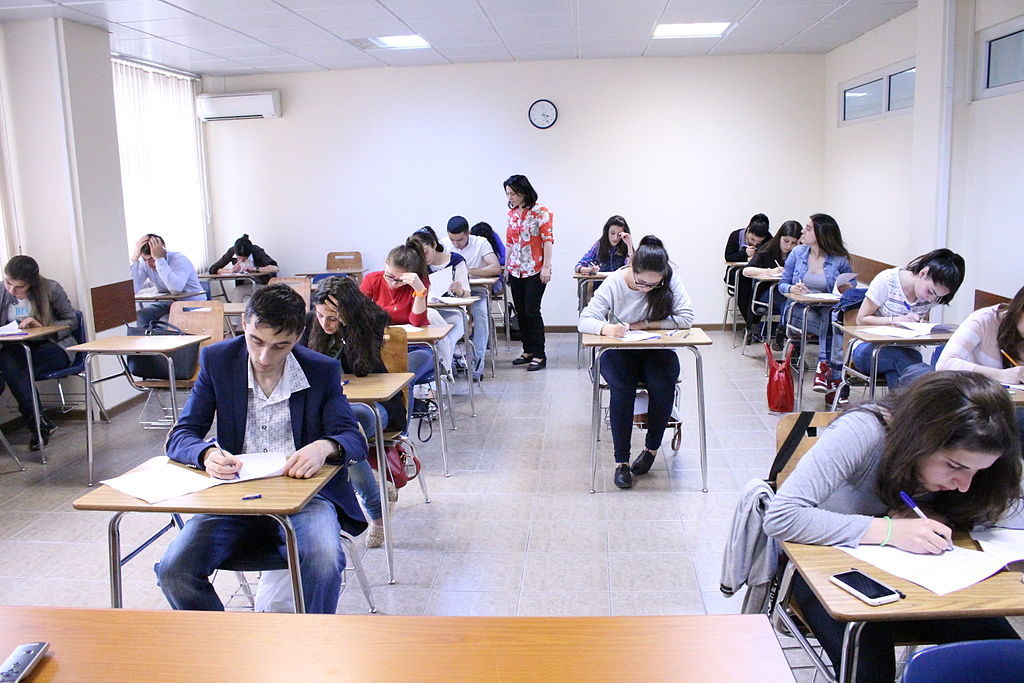 The trial was very well designed in terms of the timing of the intervention relative to exams and school graduation:

The intervention was a gamified online CBT intervention called SPARX-R, based on another intervention called SPARX, which was designed as a treatment for depression in adolescents who have asked for help with depression. See the SPARX website  and this YouTube SPARX trailer for more information about the online CBT game. For this trial, the SPARX game was modified using preventive language and localising it for Australia so it included relevant contact details of local helplines and services.

The control group took part in an intervention that took an equal amount of time, called lifeSTYLE, which had been developed previously as a control intervention for a trial in adults, but was modified in this trial to suit teens.

Researchers chose selective (schools that use an entrance exam) and partially selective schools (schools that offer selective and comprehensive education streams) for conducting the trial, based on prior evidence that the students who attend these schools represent a population that is particularly likely to find final exams very stressful. As this was a universal intervention there were no participant exclusion or inclusion criteria. Randomisation was at school-level (rather than class-level). All students were able to access the interventions but only those who had given consent to participate in research had to complete the research questionnaires and outcome measures.

Eight selective and two partially selective schools took part in the trial. Schools were randomised by a statistician not involved in the implementation of the trial and who was blind to the identity of the schools. All study staff except two trial managers were blinded. Schools were not informed whether their assigned programme was the experimental or the control condition. In terms of blinding, this trial is exemplary.

The researchers tried to get comparable groups at the start of the trial in terms of selective/non-selective stream, gender, country of birth, language spoken at home, age, depression symptoms, anxiety symptoms, social phobia symptoms, subjective health, and whether the student lived with both parents together, but ended up with a greater percentage of males, students from selective streams, and students living with both parents together in the intervention group. There were 242 students in the intervention group and 298 in the control group.

Both intervention and control programmes were the same length and both groups completed their assigned programme during scheduled class time. The outcomes were collected online privately.

The primary outcome was the:

The researchers performed a basic intention-to-treat analysis using all available data (from 242 students in the SPARX group and 298 in the lifestyle group respectively). They used a mixed-model repeat measures analysis. This uses all available data and assumes that missing data is missing at random. They also tried to mathematically take into account clustering (the assumption that the scores of students from the same school will be less varied than those of students from different schools) and the variation in baseline variables.

The researchers found no significant effects on any of the secondary outcomes. The researchers point out that academic outcomes didn’t differ between groups. 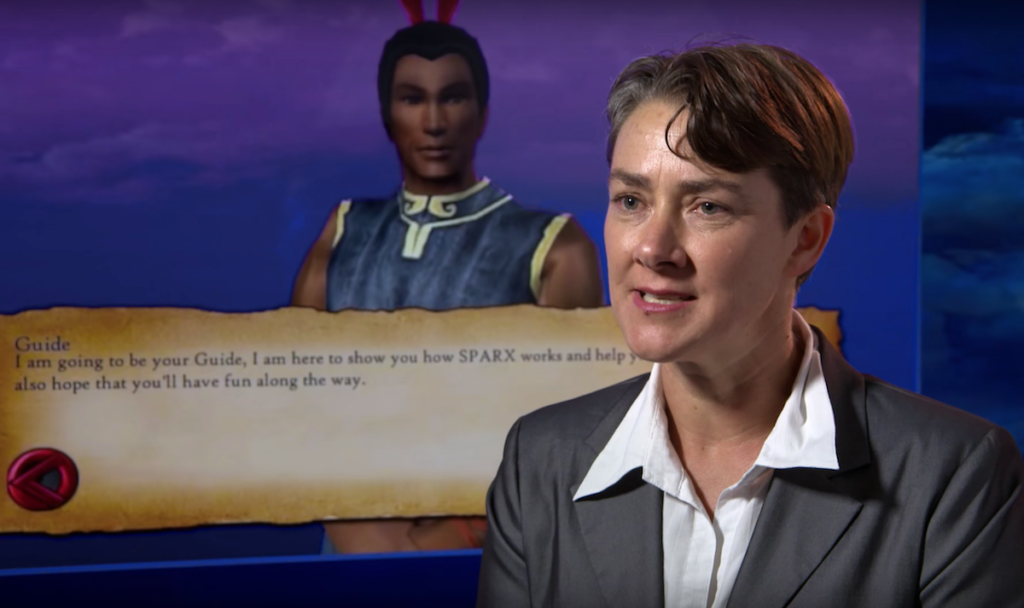 The researchers say this is the first trial to demonstrate a preventive effect on depressive symptoms prior to a significant and universal stressor in adolescents.

The researchers state that this is the first trial to demonstrate a preventive effect on depression prior to a significant and universal stressor in adolescents.

This was a well-conducted trial that shows promise for preventive mental health. It showed that the SPARX game was effective at reducing depressive symptomatology among the trial population. The intervention is relatively low-cost and doesn’t require trained professionals to implement.

As the trial was conducted primarily in selective schools, among academically gifted students, the researchers urge caution in generalising the results. The students were also, in general, quite well psychologically, with baseline average MDI scores well below the cut-off threshold for mild to moderate depression.

It is also important to mention that the completion rate of the intervention wasn’t great; only 59% of the group completed 4 or more modules of the game. This raises some questions about those who did not complete the intervention and the reasons why they did not complete it. The paper offers some explanation in form of a classic example of what happens when a trial design doesn’t survive contact with real-life conditions. The researchers state that one of the reasons that students in the experimental condition did not complete it, or did not complete as many modules as they could have, was the amount of technical difficulties encountered. Several schools’ IT systems were unable to cope with the number of students accessing the game and/or the research platform at once. The students in the control group, which did not encounter these difficulties, completed more modules of their control intervention.

All that said, it is important to bear in mind that this was a universal intervention that included adolescents with clinical, sub-clinical, and no symptomatology. In a study with this kind of population, you would expect to see a relatively small effect. Nevertheless, a small effect in this context is still important; as Ioana Cristea explains in this Mental Elf blog about web-based guided self-help. 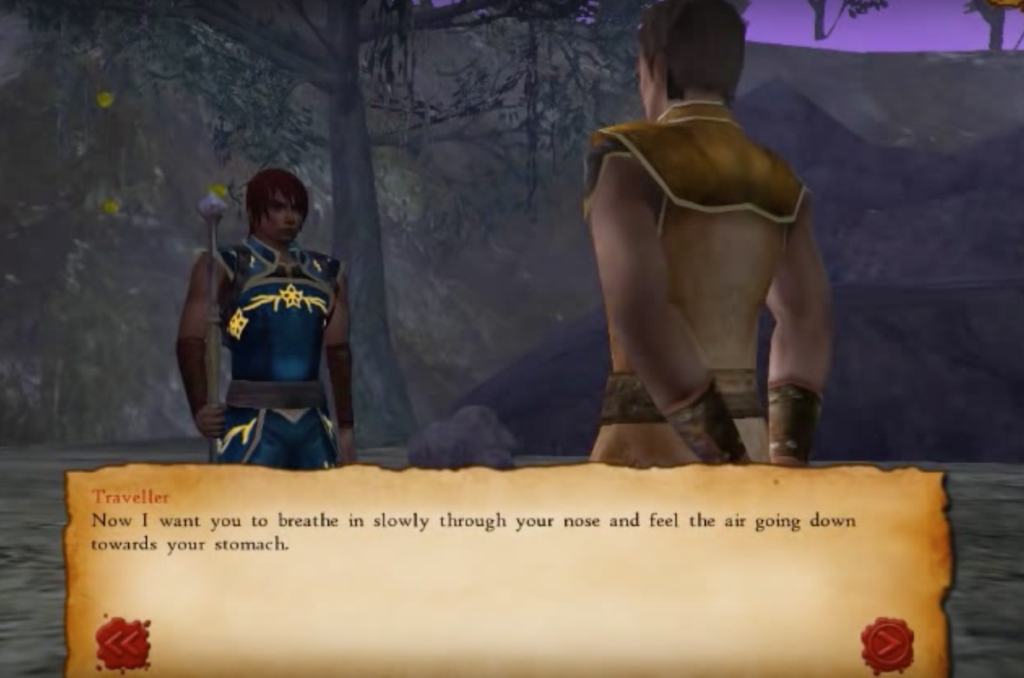 This trial suggests that an online intervention delivered in advance of a stressful experience can help to prevent or minimise depression.