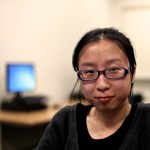 Given the high prevalence and considerable disease burden associated with depression, attention has been shifting more and more to its prevention, with recent meta-analyses suggesting that a potentially fruitful avenue to explore might involve targeting individuals with sub-threshold symptomatology (van Zoonen et al., 2014).

In a new large randomised controlled trial (RCT) published yesterday in JAMA, Buntrock and co-authors investigated whether a web-based guided self-help intervention could help prevent the onset of major depressive disorder (MDD) in a German adult population with sub-threshold depression.

The authors conducted a 2-group RCT comparing a web-based guided self-help intervention to enhanced usual care in terms of their effectiveness on MDD onset.

The study protocol was registered beforehand in the German clinical trial registry. Preliminary data from this trial was included in a previous publication (Buntrock et al., 2015).

Participants were adults currently experiencing sub-threshold depression defined as a score of 16 or more on the Centre for Epidemiological Studies Depression Scale (CES-D), but not meeting DSM-IV criteria for MDD, bipolar disorder or psychotic disorder or for having had a history of MDD in the past six months. Participants could not be receiving psychotherapy, be on a waiting list for psychotherapy, or having received it in the last 6 months. Also, they could not present a notable suicidal risk. Antidepressant use was allowed as long as participants were on a stable dose for at least 4 weeks prior to entering the study. For the most part, they were recruited via a large German statutory health insurance company (BARMER GEK) by announcing the study in its members’ magazine. However, interested adults could take part even if they were not statutorily insured. This open recruitment strategy was chosen to mimic the practice context in which such a preventive intervention could take place.

Randomisation of participants to study conditions was adequately done and properly concealed. All necessary steps were taken to ensure outcome assessors were masked, using assessors not otherwise involved in the study, checking for breakdown of blinding at each assessment session and switching to another evaluator in case of such breakdown.

The primary outcome measure was time to onset of MDD in the intervention group compared to the control group over a 12-month follow-up period. MDD was diagnosed with the telephone-administered structured clinical interview at 6- and 12-months follow-up, covering the period since the previous assessment. Secondary outcomes were self-report measures of depressive symptoms, functional impairment, anxiety, problem-solving skills, behavioural activation, mastery, worrying, insomnia severity and health care service uptake.

As no clinical relevance estimates exist for the incidence of MDD, the authors assumed an absolute risk reduction of at least 10% for the difference in incidence between the intervention and control group as clinically relevant. A mean incidence of 25% was expected in the control group at 12-months follow up. The author conducted power calculations which indicated that 406 participants would be needed to show the absolute risk reduction they assumed as statistically significant, using survival analysis and considering a 20% drop-out rate.

Statistical analysis were intent to treat, meaning all randomised participants were included in the analyses, regardless of their protocol adherence. Kaplan-Meier curves and Cox proportional hazard regression analyses were employed to test for differences in the time to onset of MDD (in weeks) between the two groups, including baseline depression severity as a covariate. The authors also report numbers needed to treat (NNT) meaning the number of patients that should be treated in order to avoid one additional case in the intervention group compared to the control one. 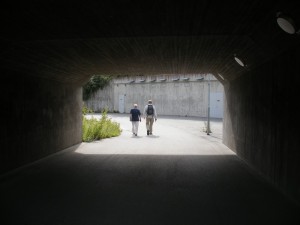 Given the prevalence and burden of depression, prevention targeted to at risk individuals is an important avenue to explore. 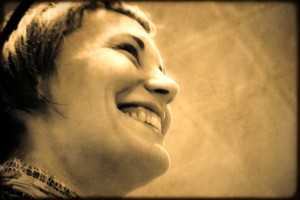 Both cumulative incidence of depression and mean time to onset were significantly reduced in the web-based guided self-help group compared to control.

Among patients with sub-threshold depression, the use of an indicated web-based guided self-help intervention compared to usual care reduced the incidence of major depressive disorder over 12 months.

The main strengths of this RCT relate to the fact that this is the largest depression prevention trial conducted so far, its methodological quality is outstanding on all known factors that put trial at risk for bias, and resulting NNTs are comparable to those for the treatment of depression.

Limitations involve the fact that authors did not assess lifetime history of MDD, which means they most likely had a mixed sample of first depression onsets and depression recurrences. Notably, the incidence rate in the control group was higher than expected in prevention trials, a result the authors speculate might be due to their population being mainly in secondary prevention.

For adults with sub-threshold depression, a web-based guided self-help intervention can prevent or delay the onset of major depression. 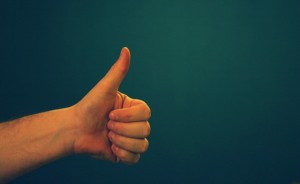 This is the largest depression prevention trial conducted so far and it shows web-based guided self-help to be effective.

I collaborate on a number of professional projects with two of the authors of this paper (P. Cuijpers, D.D. Ebert). However, I had no involvement whatsoever in the study described or in the paper.