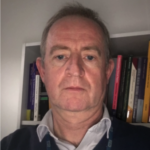 Peter is consultant liaison psychiatrist at the Royal London Hospital, where his main clinical activities are treating patients with gastrointestinal and liver disorders, and is lead consultant for liaison psychiatry services across four East London Foundation Trust general hospitals. He graduated from University College Dublin in 1988, and completed all his medical and psychiatric training in Ireland before his first NHS consultant appointment in 1999. He graduated in film studies from UCD in 1992, and taught on the masters’ course there for 7 years. He is a former Director of Public Education for the Royal College of Psychiatrists, and was awarded the Public Educator of the Year Award by the College in 2012. He has published on general hospital psychiatry topics and stigma-discrimination, the Psychiatry Textbook Clinical Cases Uncovered (2010) and is joint Editor with Professor Alan Rosen on a new Wiley-Blackwell book, Early Intervention in Psychiatry. He has been Associate Editor for British Journal of Psychiatry since 2011, and co-edits the Extras section of the Journal, in addition to reviewing submissions in his areas of interest, for example physical illness and premature mortality in people with mental disorders, suicide and self harm. He became Associate Registrar and public mental health lead at RCPsych in 2014; that same year he was appointed visiting professor at the University of Strathclyde. As a result of professional and research interests, building on lifelong interest in the Arts, he is a founder member of the Scottish Mental Health Arts and Film Festival, enjoying its 11th year in 2018. 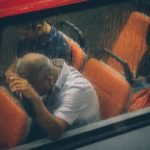