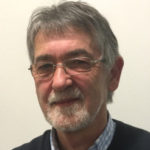 David is an honorary reader in early psychosis at Manchester University. In a previous life David had been a GP in Leek, North Staffordshire. His interest in mental health arose from personal involvement as a carer from the mid 90s. Derived from what he felt was lacking in his daughter’s early experiences of care David jointly led with Professor Jo Smith the UK’s National Early Intervention in Psychosis Programme (2004-10). Now retired, David continues to challenge why people like his daughter should accept poor physical health, participating in relevant NICE guidance and quality standards, and as a clinical adviser to National Clinical Audits of Schizophrenia/Psychosis (2011-2018). In 2014, with Dr Jackie Curtis, David supported the launch of Healthy Active Lives an international consensus on intervening early to protect people’s bodies as well as their minds (https://www.iphys.org.au/). David began his current academic appointment in 2015, something he never anticipated, 41 years after qualifying to be a doctor in Manchester, and particularly as his only previous research experience was conducted in his veg plot collaborating with his young grandsons on ways to grow giant pumpkins.