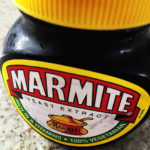 Mobile technologies are the marmite of mental health: some people love them, others hate them, but most agree it’s powerful stuff either way.

Mobile apps and websites promise instant, constantly available, anonymous and personalised access to support. This can be particularly helpful for people who are falling through the cracks of an increasingly overstretched healthcare system, or never get into it, for example due to stigma (Leigh et al, 2015).

Children and adolescents may pose a particularly suitable target since 20% have a diagnosable mental health problem and 75% of adult ill-health starts before age 18. The vast majority of young people have access to a smart device, are very accepting of mobile technology and may even feel more confident communicating online than in person.

Though health care providers report being very interested in mobile health, few are actually implementing mobile apps and websites to support treatment (Betton, 2016). One crucial barrier is the current lack of evidence for the acceptability, safety and effectiveness of mobile technologies. For example, while there are over 1,500 apps available on commercial app stores targeting depression, there are only 32 published articles (Martínez-Pérez et al, 2013).

How much evidence is there for the acceptability and effectiveness of mental health apps for children and adolescents? This is the question Grist and colleagues set out to answer in their recent systematic review (Grist et al, 2017). 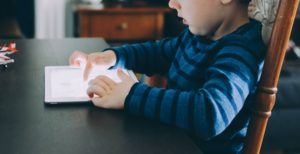 Young people increasingly have access to technology, but can this help support their mental health?

The reviewers cast their net widely, including the usual host of medical databases plus 3 grey literature databases, in order to find all relevant English language publications between January 2008 and July 2016. They searched for feasibility and effectiveness/efficacy data on mobile apps that provided a mental health intervention and were used by children and adolescents younger than 18 years. Mental health was defined in a fairly narrow way, excluding neurodevelopmental disorders and substance abuse.

The authors found 22 publications reporting data from about 15 apps. The most popular feature, found in 10 apps, was self-monitoring (e.g. symptoms, mood, meals). Only 1 app provided an active treatment (computerised cognitive behavioural therapy), though a further 8 offered coping strategies and skills practice. There were no data on children under 9 years old.

An additional 6 apps were described in 2 overview articles, none of which had been subject to research evaluation. The authors noted that some of these apps did not reflect best practice guidelines and lacked privacy policies.

While there are indications that young people find mental health apps acceptable, there is currently no evidence to support their safety and effectiveness. The authors conclude there is an urgent need for methodologically robust, adequately powered research evaluating safety and effectiveness/efficacy. They also recommend including young people and therapists in the app design process to ensure apps are user-friendly and fit for purpose. 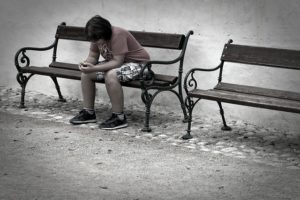 There is currently no evidence to support the safety and effectiveness of mental health apps for children and adolescents.

This review is timely to help draw attention to the worrying lack of evidence for mobile health. According to this review, out of all available mental health apps for young people, only 3 have so far published any outcome measures, and none have managed to firmly establish their effectiveness. On the contrary, there are indications that there could be a fairly strong digital placebo effect. While a placebo effect isn’t necessarily a problem, it should be taken into account when designing and interpreting studies given its potential impact on adherence and outcomes (Torous et al, 2016).

The field of mobile health in general currently has little evidence to support its promises. Despite the explosive growth of available apps, the evidence base has hardly increased in recent years. There are some examples of effective apps in adult mental health (see Donker et al, 2013), but most apps are created by digital agencies, who have no experience or incentive to generate robust evidence to support the use of their products. An additional problem is that most researchers agree that the traditional RCT is not well suited to mobile health, but have yet to reach consensus on an alternative design (Pham et al, 2016).

Another challenge for the field is to keep app users engaged. Support from a therapist has been shown to rescue declining adherence rates over time so they remain similar to face-to-face therapy (Grist et al, 2017), but this is not always a feasible option. Other promising options are using behaviour change techniques, social support (e.g. from family or peers), and co-designing an app with its target users. Unfortunately, these seem to be underused: Grist only reports 2 apps with a social support component and found no evidence to suggest that any app was designed specifically for, never mind with, young people.

Moreover, the majority of study participants were not diagnosed and had only mild symptoms, which may be appropriate for apps aimed at prevention but does not cover the entire target population for treatment. Patients with more severe symptoms may respond differently in terms of what they find acceptable and how they engage with the app, resulting in potentially different outcomes. This underscores the need to work with a representative population, both during the design and testing of apps. 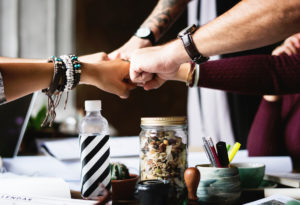 Coproduction with the target audience at every stage is essential if we are to produce digital tech that is useful and usable.

At this point in time, we’re in uncharted waters. There are no guidelines on how to prescribe or use mobile health in clinical practice. Worse, there are currently no regulations to prevent potentially unsafe or ineffective apps from being published. A new NHS accreditation process is currently being tested, but it’s not yet clear how and when this will be implemented.

We need a culture change, where apps are seen as a potentially valuable part of the medical prescription toolkit, just like other therapies and drugs. We should be open to the idea that, for many children, online is just as real and important as offline, if not preferred. We need to demand evidence for the safety, effectiveness and cost-effectiveness of apps, and where possible help collect it to guide new policies. Moreover, involving clinicians (as well as service users) in the design of apps from the very start can help ensure that the app is also user-friendly and feasible for therapists, not just patients. Therapist confidence and buy-in may be crucial to ensure that therapeutic alliance extends to digital products.

If you haven’t done so already, start carefully sampling some of the new flavours out there; mobile health is here to stay and the sooner we harness its power safely, the better.

A new NHS accreditation process for apps is currently being tested. Find out more on the developer.nhs.uk site.

Natalie Nelissen has briefly worked with Paul Stallard to evaluate a mental health app that he helped design and test as part of an NHS England sponsored programme.