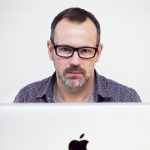 The use of digital technologies such as Internet sites and mobile applications, have received much hype in recent years, both in mental health and the NHS more widely. Opinions on these technologies vary; and those with extreme viewpoints see them as either a panacea to overstretched services or as undermining the primacy of the face-to-face patient/clinician relationship.

The importance and benefits of involving end users in every stage of digital innovation was previously set out in this Mental Elf blog which argued:

If you don’t involve users in a meaningful way you run the very real risk of producing something unusable and irrelevant.

We also know from another Mental Elf blog that apps supported by mental health practitioners are more than twice as effective as those from non-practitioner led developers (Richards and Richardson, 2012). It is easy to stumble upon the graveyard of failed IT projects which have not understood the needs and requirements of their intended users. That is the reason why this research study is so relevant. 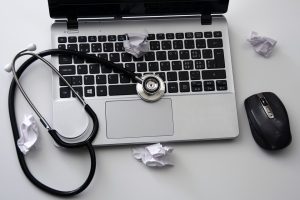 Apps supported by mental health practitioners are more than twice as effective as those from non-practitioner led developers.

The authors included within their scope a range of digital tools: 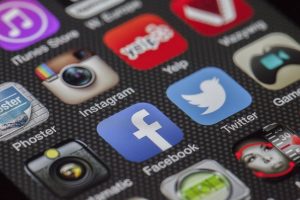 A range of digital tools are available to help clinicians and service users, but which are most useful?

A majority of providers (80.9%) reported that they recommend some form of web or mobile resources to their patients. Many of the Internet sites recommended were created by professional organisations and not for treatment facilitation. The largest discrepancy between current use and interest in future use were for Internet sites (3.7% vs. 24.5%) and mobile apps (0.9% vs. 25.4%).

Internet sites appeared slightly more popular than mobile apps, with a majority of providers being very or extremely interested in an Internet site that helped patients understand and manage their symptoms through the provision of lessons. A similar pattern was found for symptom tracking and feedback. Internet sites had slightly higher rates of endorsement than mobile apps. Text message tips and check-ins had the lowest levels of support.

The most common areas of interest in new technology related to providing treatment skills and strategies in the real-world, especially for outside of session advice (27.8%) and improving convenience (27.8%). Security/privacy/confidentiality was the largest concern (51.0%); and other noteworthy concerns were reducing face-to-face communication (15.4%), overuse by patients and boundary crossing (6.7%), and the time involved in using the technology (6.7%). 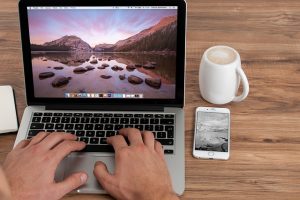 Why are mental health providers reluctant to use digital technologies?

In conclusion, both studies suggest that although mental health providers report a high level of interest in using websites and mobile apps to support treatment, very few providers are actually doing so in practice. Although many providers report recommending some form of website, these are largely informational and not designed to actively support treatment. These results very much correlate to our experience at mHabitat whereby practitioners report a whole range of barriers to incorporating digital technologies into their everyday practice. In our experience those challenges range from poor infrastructure (smart devices and public wifi) through to concerns about privacy and security, and a lack of ‘approved’ digital tools and services, to name but a few.

I was most struck by the limited use use of mobile apps – in the first study none of the providers reported using an app in their practice and in the second study only one in five providers reported recommending apps. Both studies identified critical concerns related to security and privacy and the authors note the evolving and complex nature of such issues along with legal and regulatory factors. It should be noted that in the UK there is not yet a library of endorsed mental health apps.

I was interested to note that practitioners held a range of views about potential patient use of digital technologies. Nearly all the interviewees (93%) cited lack of adherence to treatment plans as a barrier to treatment. Poor attendance to appointments was also cited although this was primarily attributed to limited resources such as means for transportation. Half of providers identified lack of support outside of therapy as a barrier to recovery. All these issues strike me as ones which could be addressed through the use of digital technologies. Cost and limited access to mobile phones was cited as a barrier by practitioners. However, one study (Torous et al, 2014) found that 97% of patients reported owning a phone of which 72% reported that their phone was a smartphone. Furthermore, patients in all age groups indicated treated than 50% interest in using a mobile application on a daily basis to monitor their mental health. This raises a question for me about the possible gap between practitioner beliefs and views of people accessing mental health services. 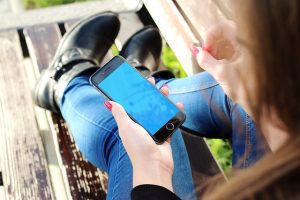 This research should be commended in building the evidence base with regards to mental health practitioners’ perspectives on digital technologies. However, practitioner views are only part of the story and tools must also be valuable to people accessing services as well as to commissioners and a range of other stakeholders. Further studies which illuminate multiple stakeholder perspectives that can be compared and contrasted would be a helpful next step. The perspective of mobile app developers and identifying models for adopting and sustaining digital technologies in practice should also be considered. Future research which explores the application of participatory digital design in healthcare detail would be valuable.

The sample size for both the interviews and survey is small, which is a major limitation of the study. It should also be noted that the research was undertaken in Canada and the United States which have markedly different healthcare systems to the UK (however, the outcomes from both parts of the study very much resonate with the anecdotal experience in practice at mHabitat).

In summary, the research is useful in identifying key barriers to practitioners using digital technologies in their day-to-day practice. In the UK there is a strong desire from NHS England to develop the use of digital technologies in mental health and the wider healthcare system and this work is being co-ordinated by the National Information Board. In my view far more emphasis needs to be given to removing the systemic barriers to adoption which are not only about infrastructure but about the digital confidence of practitioners and senior leaders.

In Leeds we have recently produce a Digital Practitioner Report and Model which is the outcome of three months work in which we ran a codesign process to understand the opportunities and challenges to use of digital technologies in health and care. We are currently recruiting a post to help us deliver the programme over the next year and to curate the learning so we can share it far and wide. This programme is funded by Integrated Care Pioneers as part of the wider New Models of Care programme. My view is that whilst we support the development and adoption of digital technologies in mental health, we must start both with the practitioner and the patient. Unless digital technologies are valuable to patients and can be easily adopted by practitioners, they are unlikely to be adopted in practice. 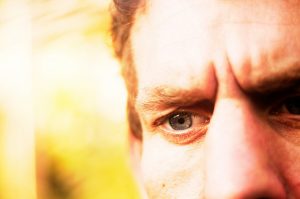 Is the digital confidence of practitioners and senior leaders the biggest barrier we face to more widespread digital mental health?