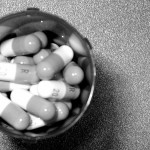 This important paper (Sharma et al, 2016) has rightly made the headlines. Dedicated work by a team of committed researchers overcame resistance from the European Medicines Agency and pharmaceutical companies. There are numerous concerns about the safety of antidepressants particularly in children and young people.

The authors had to fight hard to get what are called clinical study reports on drug trials of SSRI (specifically fluoxetine, paroxetine and sertraline) and SNRI antidepressant drugs (specifically duloxetine and venlafaxine in both normal release and extended release versions) lodged with the European Medicines Agency and the UK’s Medicines and Healthcare products Regulatory Agency. These clinical study reports summarised adverse events in the trials, either as lists of events or brief patient narratives. They were unable to get clinical study reports for all drugs or the more detailed case report forms for any of the drugs. Information was also obtained from Eli Lilly websites on trials of fluoxetine and duloxetine. Double blind randomised controlled trial information was included in the analysis.

Two people independently reviewed this information and resolved any disputes through consensus discussions. The primary outcomes were mortality and suicidality (suicide, self-harm acts or preparation or suicidal ideation). Secondary outcomes were aggressive behaviour and akathisia. Apart from suicide, summary outcomes such as suicidality or aggression inevitably involve grouping together quite disparate events.

Statistical analysis was performed with combined drugs v placebo then further split into adults and a separate analysis for children/adolescents combined.

“Many of the treatments included in this analysis are currently neither routinely used nor recommended in young people.”
– Dr Michael Bloomfield, Clinical Lecturer in Psychiatry, MRC Clinical Sciences Centre and UCL 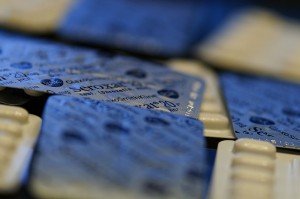 Paroxetine (Seroxat/Paxil) is not recommended for use in children or young people.

For me there are two important findings. The first was the significant under-reporting of adverse events. This was because they were often classified generously as not being due to the drug and so were omitted from final reports and analysis. As an example, 32 of 63 suicidal ideation events were coded as “emotional liability” or “worsening of depression”, but the narrative accounts made clear that these events were actually suicidal ideation. This highlights the continuing problem of getting accurate safety data out of trials run by pharmaceutical companies. We need to have stronger independent oversight of this safety data and a more open policy by pharmaceutical companies to sharing data. Of course it can be argued there are issues of interpretation, but it’s better to be open and discuss these issues in daylight.

The second important finding was that although antidepressants are relatively safe in adults, the risks are higher in children and young people, particularly for paroxetine.

All figures are rounded. As you may know, Excel doesn’t make mistakes, so any errors in calculation are down to me! Please let me know in the comments below if you spot anything that needs correcting. As a dutiful elf, I love to crowd-source my peer review! 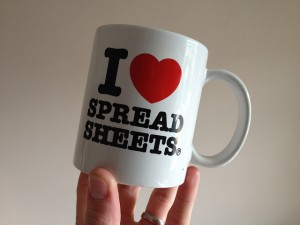 Download the spreadsheet if you want to check out Samei’s numbers.

Combined results for all trials

Results for children and young people

Now let us look at the results for children and young people with the same type of outcomes as before, but also broken down by drug.

So the results indicate a low risk of these types of outcomes in adults.

In children and young people: 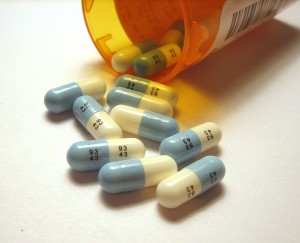 Fluoxetine and to a lesser extent sertraline were associated with increased suicidality (which includes acts of harm and suicidal thinking). 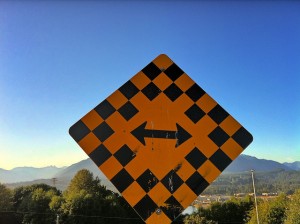 In this blog I have looked at some of the risks associated with antidepressants but not all, for example: nausea, headaches, sedation, sexual dysfunction, withdrawal syndrome (these were not reported in this review but have been studied in detail elsewhere). In medicine it’s a case of weighing up the advantages of a specific medication against the risk of harm. Ideally we want a high chance of benefits, set against a low risk of harm. We also need to consider what is the likelihood and nature of harm, if we don’t treat someone, as well as the benefit/harm comparisons for alternative treatments (in the case of depression, psychotherapy for example).

A good source of information on the effectiveness of antidepressants is the British Association of Psychopharmacology (BAP) guidelines on the subject, recently revised (Cleare et al 2015). They measure benefit using the NNT (Number Needed to Treat, similar to NNB above), which relies on defining outcomes in a “categorical” way; either improved or not. The outcome used by the BAP for improvement is a 50% reduction in HDRS/MADRS scores (that’s a rating scale for the severity of depression) or marked improvement or better on Clinical Global Impression scale (a clinical judgement by the rater). Of course this is a bit blunt (someone with 49% reduction in rating scale score would count as a failure but 51% as a treatment success) but a line has to be drawn somewhere to define success and failure.

For children and adolescents, a recent Cochrane meta-analysis (Hendrick et al (2012)) suggests a lower effectiveness of antidepressants in children and adolescents (45% response rate in antidepressants v 38% in placebo) with NNT=14 (i.e. double the figure in adults). Even an NNT of 14 isn’t bad for a medication, but clearly it needs to be compared with the risks of treatment.

Another way of measuring response is to look at the overall reduction of depressive symptoms using a combined effect size in a meta-analysis. Effect size of 0.2 is said to be “small”, 0.5 is “medium” and 0.8 is “large”. Including data from “missing” trial data, the BAP guidelines indicate an effect size of 0.31 advantage for antidepressants compared to 0.4 if only published trial data is used (both are still small effect sizes). Effect size is similar for children and adolescents, but seems more effective in adolescents (and some combined studies show no significant advantage in children).

It’s important when looking at effect sizes to remember they are an AVERAGE over many people. So a small effect size doesn’t usually mean a uniform small effect for everyone taking a medication. The small effect size may mean some people get a large advantage, another proportion have a small advantage and the rest have no effect or even get slightly worse. So antidepressants might make a big difference for a proportion of people, but this effect is “averaged out” to a small effect by the rest of the people on antidepressants having little benefit. When people complain of negligible clinical benefits for antidepressants, they seem to have forgotten that they are referring to averaged effects and that some people may have a large benefit. Some people prefer the NNT for all its flaws, just because these averages are sometimes a bit tricky to interpret.

The risks of suicidal thinking and acts of harm and aggression should be discussed with young people so that they and their parents can make an informed decision, but the findings should be viewed with extreme caution.
– Dr Paul Ramchandani, Consultant Child and Adolescent Psychiatrist with CNWL Foundation NHS Trust and Reader in Child and Adolescent Psychiatry, Imperial College London 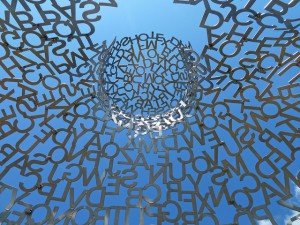 Does this new paper add anything to our knowledge?

Looking at the overall picture, antidepressants have a definite but small advantage, on average, on symptoms (and this average effect may mean some people have a large benefit, but others a much smaller benefit) and a reasonably good impact to help people’s chances of improving. This benefit is more marked in adults than children or adolescents. Adolescents may respond better than children.

The risks of dangerous adverse effects are very low in adults but are much higher in children and adolescents. Balancing the chances of benefit versus the risks of harm gives us different conclusions in children, adolescents and adults.

Paroxetine has been contra-indicated in children and young since mid-2003. In practice, this means that it should not to be used without very good reason by a specialist. NICE recommends fluoxetine in depression only after specific psychotherapy has been tried. For children, NICE notes little evidence of antidepressant effectiveness. For adolescents, NICE states sertraline or citalopram can be used if fluoxetine has not been successful.

Unfortunately, this advice particularly about children and adolescents depends on the local health environment. Child and adolescent mental health services and voluntary services may be overstretched, meaning patients and GPs may have limited access to treatments with fewer adverse effects. Health systems in other countries may also limit access to these other treatments or favour people seeing psychiatrists initially.

Finally, it is vital there is improved reporting of adverse outcomes in drug trials by researchers and this may require independent oversight and scrutiny. Data on these trials should be easily available for scrutiny. This also applies to other branches of medicine, not just psychiatry. 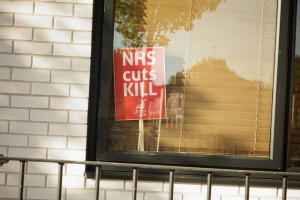 A lack of funding may mean that children and young people have limited access to treatments with fewer adverse effects.