Home » Posts » Treatment » digital health » Youth online discussion forums: how do young people support each other and what do they talk about? 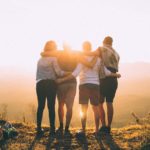 Thanks to the ever-expanding world of online communities, it’s never been easier for young people to share their lived experiences and concerns with others. There are countless platforms used by young people, most of which allow them to remain anonymous. This anonymity may allow young people to discuss with peers often sensitive information, that they may not feel comfortable discussing openly. It’s been widely reported that 10% of children and young people in the UK have a diagnosable mental health problem, with up to 70% not receiving an intervention at an early age. Many young people may feel unable to talk to their friends or family and may therefore turn to anonymous online communities for support.

The world of online forums is often shrouded in secrecy, with parents sometimes unaware of their children’s membership of such sites and left feeling helpless about the best way to support their children’s use of social media (PDF) (ChildNet, 2017). As a result, little is known about what’s being discussed. This study hoped to uncover more about the themes being discussed and how peer-to-peer support is provided.

A recent qualitative study conducted at the University of Bolton (Prescott, Hanley, & Ujhelyi, 2017) explored how young people used an online forum hosted by a counselling service (‘Kooth’). Online forums can be used to communicate with others who may share similar experiences and who may be able to provide information and support. However, there may also be dangers associated with these forums, such as discussions which impact negatively on someone’s mood or which trigger harmful behaviours. The researchers in this study wanted to develop a better understanding of how young people utilise Kooth in relation to emotional and mental health issues. 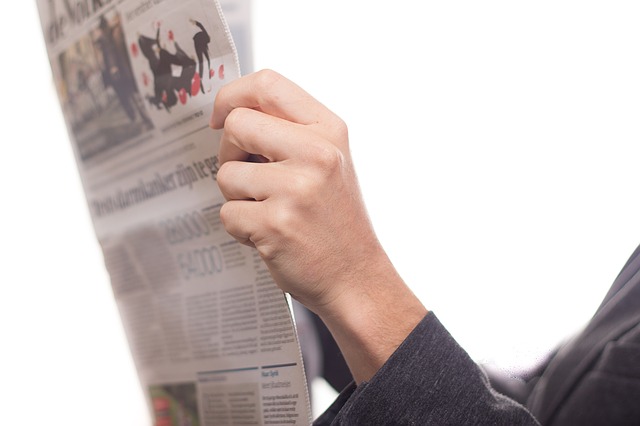 This study was ethically approved by the University of Bolton research ethics committee. Kooth, a UK-based online counselling service and forum for young people, 11 to 25 years old, offers an anonymous, confidential and free chat drop-in sessions and one-to-one chats with fully trained counsellors.

Despite the fact that the forum was organised into themes (e.g. eating disorders, self-harm or relationships), the research team opted to re-categorise the data from scratch. Over a two-year period, they analysed 622 initial posts from help-seekers, which led to a total of 3,657 posts including responses. These posts included 8 moderator initial posts and 113 moderators’ posts and responses.

The study had two main objectives:

The data was analysed using Nvivo software. It was comprised of 160 individuals (unique posters) and 1,320 unique posts (both posters and responders) overall. The number of comments per post varied from 170 to 0 with an average of 2 to 10 comments.

Using thematic analysis, the authors recognised common topics in the discussion threads and refined them into themes, sub-themes and hierarchy. All authors read the raw data and developed a coding framework, ensuring reliability.

Some young people asked directly for advice about the mental health difficulties they were experiencing (e.g. “How can I cope with panic attacks?”), whilst others looked for support from people going through a similar situation or with similar feelings (e.g. “My parent is depressed…do you have any advice?”). Other young people (perhaps those not currently in crisis but reflecting on past events) were able to act in a more supportive way on the forum by sharing their story and offering positive words to others going through similar troubles.

Non-directive emotional support was common on the forum, where young people were interested in other people’s experiences and opinions to help them make their own decisions regarding their actions. This kind of support did not include any explicit advice, but involved listening, understanding, providing solidarity and encouraging posters in a general way.

Directive emotional support was less common, where young people respond by sharing an experience while also advising on what to do. 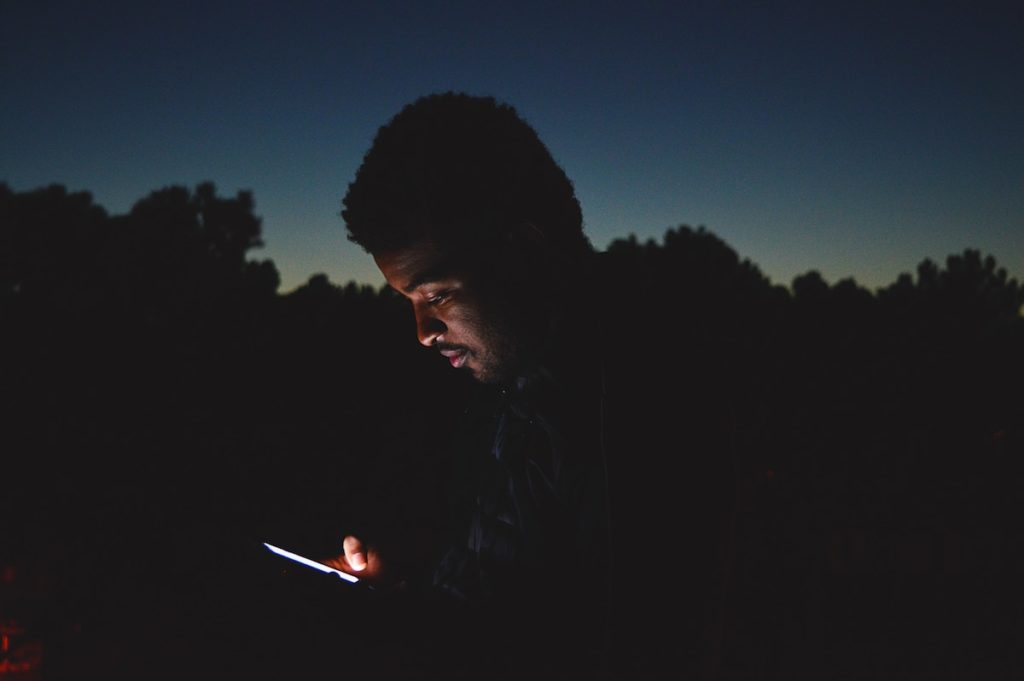 These findings show that online forums can provide young people going through mental health difficulties with both informational and emotional support, but there remain many unanswered questions.

This study adds to the research exploring what young people discuss within online forums and provides insights into how these communications take place. Furthermore, it highlights the challenge that organizations may encounter in mediating support that is multidimensional in nature (informational-emotional, directive-nondirective).

By using a large data of posts and responses from a general mental health site over two years, the paper gives an insight into young people’s help seeking behaviours. As the authors note, it is novel (most papers on the topic don’t look at young people and are broad-based). The study focuses on real-world experience and concerns. It’s categorisation of nondirective, directive, informational and emotional posts may be fairly rudimentary, but it does add something to our understanding of forum use and forum value.

Being more critical, perhaps there is a naivety in the way this topic has been addressed. The paper touches on but does not really explore the issue of negative posts and their potential impact. It ignores the possibility of hoax posts and the risks they might present to posters and responders alike. By presenting a rather rosy picture of Internet forum use, the authors overlook the dangers of unmoderated sites (Kooth is moderated, but we don’t learn for how long) and the escalation of risk for the vulnerable in postings on self harm and suicide.

A more thorough analysis of who is using the site and what they find helpful would be useful, but further work is limited by the anonymity upon which the site (and the paper) depend. Due to anonymity of the research, we cannot have demographic data on the sample, so we are not aware if the sample does indeed meet the inclusion criteria. We are also not aware if the young people are receiving any additional support from other services, so again we cannot see the effectiveness of Kooth

More troubling are some issues in their methodology. No data are provided on inter-coder reliability: whether this was checked and how it might have been maintained. The choice of themes is also not clearly described: how did they make their choice and why. Results are vague: ‘a lot’ and ‘often’ are all that we are given. We were really keen to know something more precise than this. These problems undermine the paper.

The author’s assertion that the Kooth forum reduces the stigma of mental health seems to me to be an overstatement (and unsubstantiated). There might be lots to gain from posting on the forum (a sense of community, a lessening of negative feelings about the self) but an anonymous forum can’t reduce stigma, it only evades it. Anonymity isn’t a way of fighting stigma (if you want to fight stigma you can’t hide your identity). 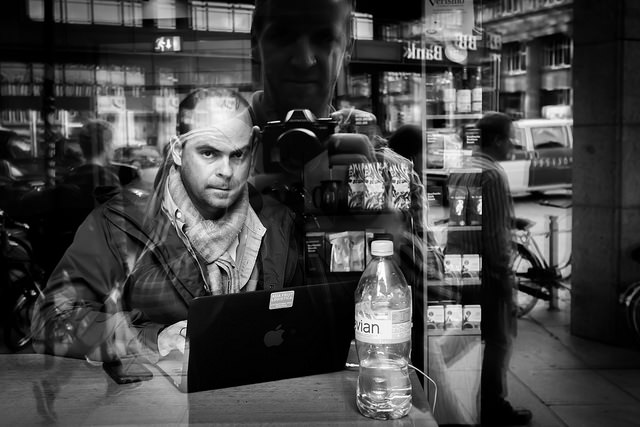 The study does little to explore the potential harms of online forums and the ways in which they can be used by imposters.

This research attempts to address an obvious gap based on service user preference and feedback. The data gained has showed us the kind of discussions that young people have online, and demonstrate the increased communication that young people are participating in; confirming that young people utilise these services for their confidentiality/anonymity.

Most importantly, the forum can serve as an extended support for individuals in need of help and guidance. This is by providing a safe and confidential space to share and seek information. This allows young people to express, without being judged, their true feelings. The platform helps to communicate and find a sense of belonging that mental health issues are common among their peers, perhaps with similar age, ethnicity, region etc. Hence, the online world may provide alternatives with higher accessibility. But, as with anything in life, there could be the occasional person who can misuse the cyberspace to lie and mislead others. Having said that, there is a huge unexplored potential of this area.

The findings can help practitioners understand the use of online forums and include them in their clinical practice. Potentially, they could suggest such forums for patients and families as a helpful way of exposing themselves to experiences of others with similar problems. Practitioners could acknowledge the benefits and actively ask patients whether they engage in these forums and look out for potential noticeable impact. One day, forums may become ‘an intervention’ alongside traditional treatments. Sometimes it is the mindset of a patient which can make a difference, and sharing your thoughts in a helpful way with peers could be a good starting point for many. Social support is a huge contributor and protective factor for mental health issues. Kooth provides an accessible platform that may prevent young people from talking to each other in more harmful ways (e.g. pro-ana websites). But for now we have to ask: How moderated these forums are and what is the risk-benefit ratio. Would be interesting to know whether there are any data from psychiatric A&E assessments that have picked up on the role of forums in decisions to engage in self-harm and suicide attempts and emergency room admissions?

Implications for developers of online platforms

Lastly, the results can serve as feedback for the platform developers themselves. Knowing the way in which people engage with each other, what sort of advice they elicit for each other can hold some clues for the creators but also the moderates of the conversations. We could ask, what research is there, on how many of the forums are moderated and the importance of having a moderator?

The paper can undoubtedly serve as a base for the closer understanding of the content of conversations taking place in the online world. It gives an insight into the topics discussed within mental health platforms, the way users communicate with each other, or the form of support they can receive. We can imagine that sharing one’s trouble anonymously can result in greater openness. As much as the study helps with deepening the knowledge in this field, it only scratches the surface of the unexplored area. There is certainly potential for improvement and further explorations. For example, future research could explore the effects online mental-health forums have on participants. It is important to see whether engaging in these conversations leads to a reduction or worsening of symptoms. What can look like a friendly helpful exchange of an opinion in a forum can actually negatively affect someone reading it. This could potentially be done through future trials, looking closer into the effectiveness of such forums and assessing the quality of the conversations and their impact on the daily life of the users/posters. 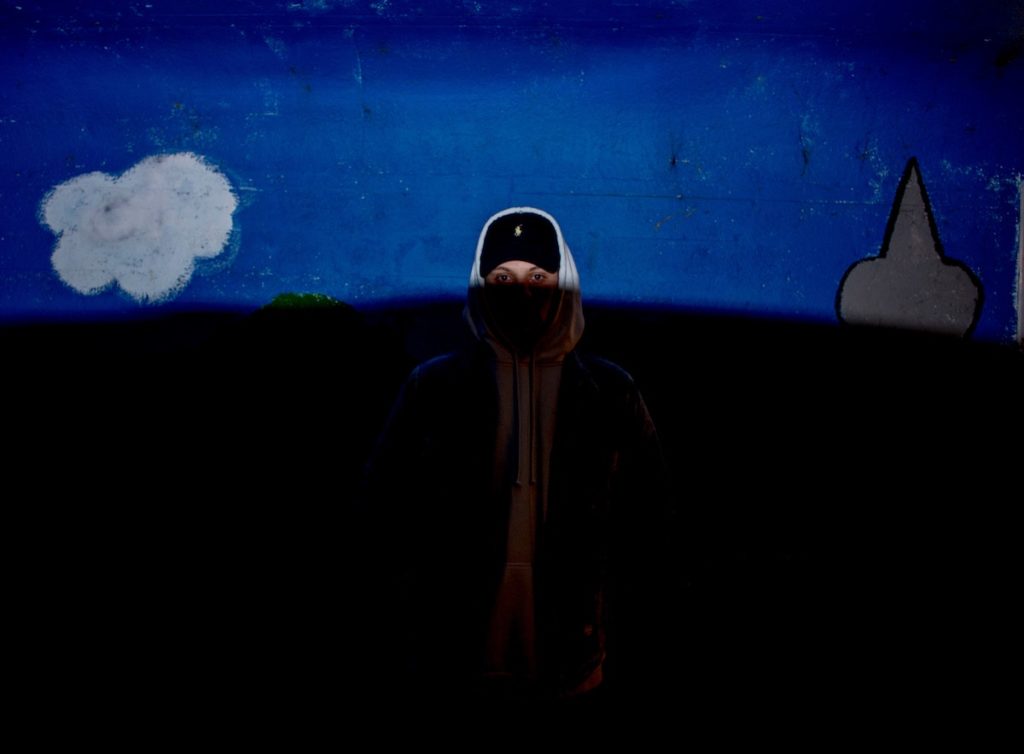 There is a dearth of high quality qualitative research about the context in which young people use social media and online forums, and the meaning they place on these interactions with others.

Last reply was October 25, 2019
Try out our members features!