Home » Posts » Populations and settings » parenting » Parenting in the smartphone age: there may be technoference on the picture #CAMHScampfire 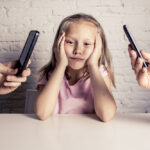 Do smartphones affect parenting? If so, in what ways? When you’re checking Facebook or WhatsApping your chums, are your children losing out? There’s no lack of scare stories in the media. And the picture isn’t helped by a paucity of scientific evidence.

So a team of researchers based at Griffith University in Queensland and Murdoch University in Western Australia, working with the Australian Broadcasting Corporation (ABC), conducted a cross-sectional survey targeted at the general population. They gathered data about smartphone use and parenting, then used a very fancy-sounding “multiverse analysis” to see if there were any links between them.

First, to be clear, we’re talking about parents’ smartphone use here, not children’s. So that dispenses with much of the hysteria, which is usually presented through a lens of the disapproving parent.

The team carried out a scoping review first, which found some evidence that “time on device” does not correlate with positive or negative effects on parent-child relationships. The existing evidence base lacks detail, however. There is no evidence on the effects on attachment; what there is largely focuses on children’s use of smartphones. So the team designed the survey to capture more details around type and depth of smartphone use and parenting relationship outcomes to try to identify patterns amongst a large population. 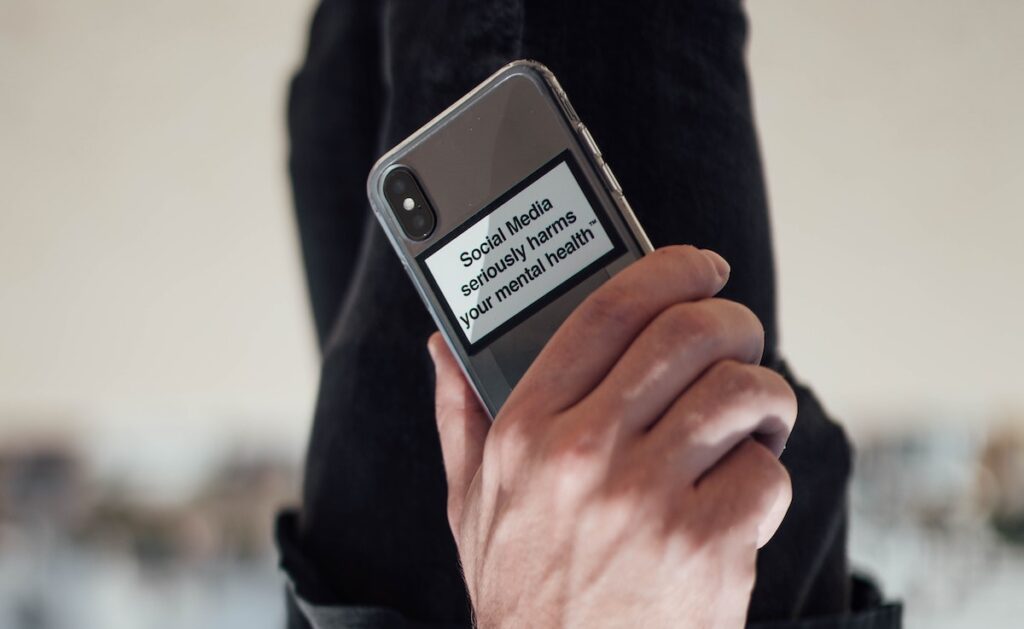 Parents! When you’re checking Facebook or WhatsApping your chums, are your children losing out?

Firstly, what is a “multiverse analysis”? Basically, it means exploring all the different ways in which a given set of data can be processed and interpreted. The idea is that this will separate the wheat from the chaff in terms of plausible explanations of the effects we’re seeing.  Do study outcomes depend on using only 1 specific measure? Or do we generally see effects more widely, indicating a more robust finding?

Specifically, the aims in this study were:

The survey participants were recruited through a nationwide media campaign in Australia. Volunteers accessed the survey via the ABC’s designated webpage, and links to the page were provided across media platforms (television, radio, and online). Respondents who indicated that they had children under 18 living at home were included in the analysis. Poll questions were selected to address the variables set out below.

The study measured a range of variables to represent different exposures or effects associated with smartphone use. The variables were measured using questions addressing various postulated elements of smartphone usage and its impact on family life. These self-reports varied in type, from simple agreement (e.g. strongly agree vs strongly disagree questions) to numerical measures (e.g. number of calls made).  All were drawn from the existing literature.

The specific exposures or behaviours measured were: Time on smartphone, Number of calls made, Texting, Social media use as a proportion of smartphone time, Checking the phone, Intensity of use.

Parenting relationship outcomes were defined as parental warmth and parental attachment. The researchers hypothesised that impact on relationships might be moderated by a third parenting dimension, sometimes confounded with smartphone use, namely technoference (Family displacement, Family conflict), specifically the extent to which use displaces family interactions. The interactions of these variables were analysed using the statistical software package R.

Figure 2 in the paper (see below) shows an analysis of the size and statistical significance of the interactions between all of the variables.

There’s something of “the wrong end of the telescope” here. However, this can be a good thing. The broad picture here is that the vast majority of variables were not related to one another.  This is the point of a multiverse analysis, to provide a broad picture in an area where scholars have found (or hypothesise) mixed effects.

In other words, if we’re happy with how the variables were measured, there’s little evidence here to suggest that parents’ smartphone use is associated with harm, as long as technoference is low.

A closer look shows some evidence of the opposite. Higher use of social media was related to higher parental warmth, as long as family displacement was low. 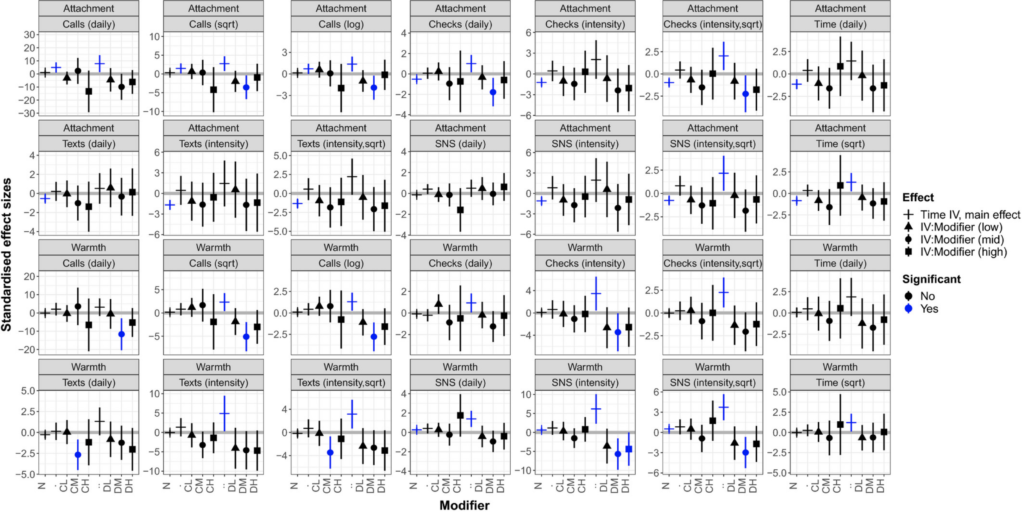 The blue lines show the analyses which were statistically significant. Most were not. [Click to view full sized figure]

Certainly we cannot draw any causal inferences from this type of cross-sectional observational study. At a push, we might rule out hypotheses that just don’t fit with the observed data. Even then, we need to be cautious because there can be bias or error in how we recruit participants or measure the outcomes.  However, these same challenges tend to riddle the technology-family literature more widely-and cross-sectional surveys with these types of constructs are common.

A strength of the survey was its sample size and the efforts made to engage with a representative cross-section of society.

The outcome measures for many of the variables were self-reports, some using just a single question. This limit was unavoidable due to technical constraints, which is shame because it increases the risk of measurement bias. Are these measures actually measuring what we think they are? Although the researchers did what they could, e.g. by conducting internal validation amongst the data set, the outcomes themselves need external validation.

With so many variables and statistical analyses, there’s always a risk of “false positives”, where analyses throw up “significant” results by chance.

If higher smartphone use did have a negative impact on parent-child warmth or attachment, would we expect to see signs of it here? Do these results rule out a negative impact for some children? Probably not.  The authors are clear that for some families, there may still be negative links. 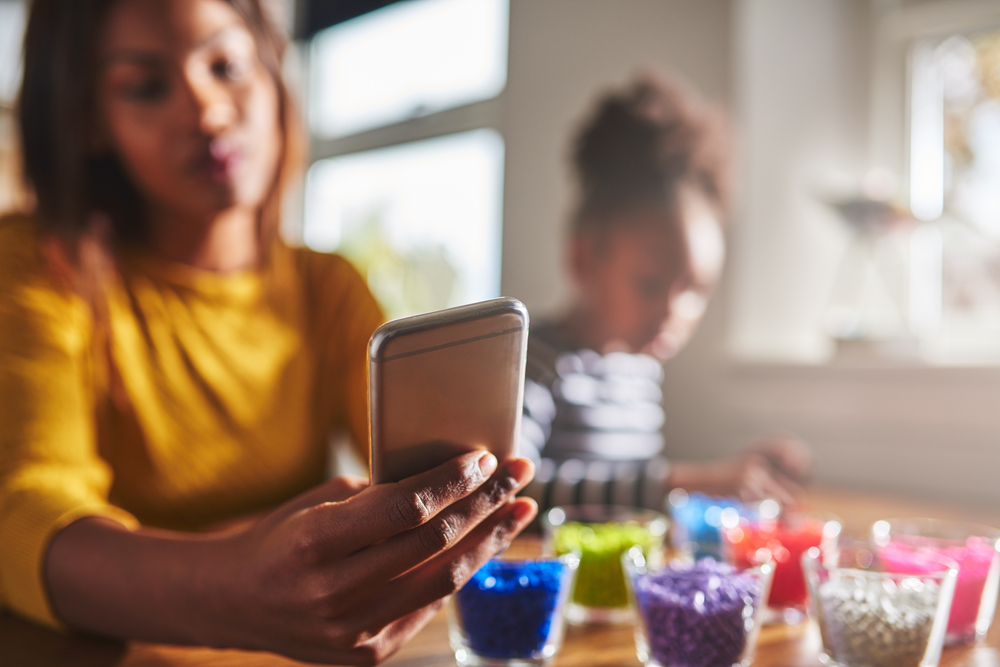 This research found no evidence to suggest that parents’ smartphone use is harmful in general, but these results do not rule out the possibility of a negative impact on children or families.

This study type is most appropriate for generating and prioritising hypotheses for future investigation. The results suggest that things may not be as bad as some people make out. In fact, parents’ use of smartphone may be positively linked  with some associated benefits seen in family relationships.

We should abandon the assumption that smartphone use can only have a negative impact on parenting.  Indeed, smartphone use may have a positive impact as long as interference in families remains low. A more nuanced theory, which fits these data, is that it depends on how (and whether) phone use impacts family engagement.

Next steps in this line of enquiry should include qualitative data around these interactions.  This will help us to understand better the family dynamics around this technology, prioritise research questions and establish how to measure outcomes in future quantitative studies. 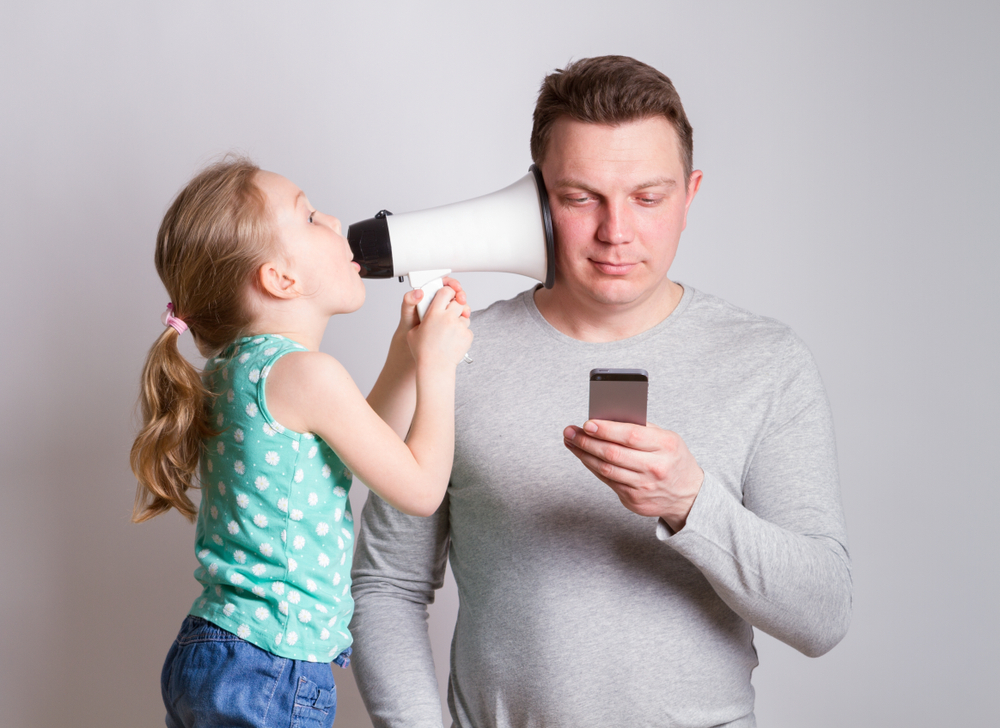 These results suggest that things may not be as bad as some people make out. In fact, parents’ use of smartphones may have some positive benefits on family relationships.

The elves are organising an online journal club to discuss this paper with the author Dr. Kathryn Modecki, an independent expert (Lara Wolfers), a parent and our good friends at ACAMH (the Association of Child and Adolescent Mental Health). We will discuss the research and its implications. The webinar will be facilitated by André Tomlin (@Mental_Elf). 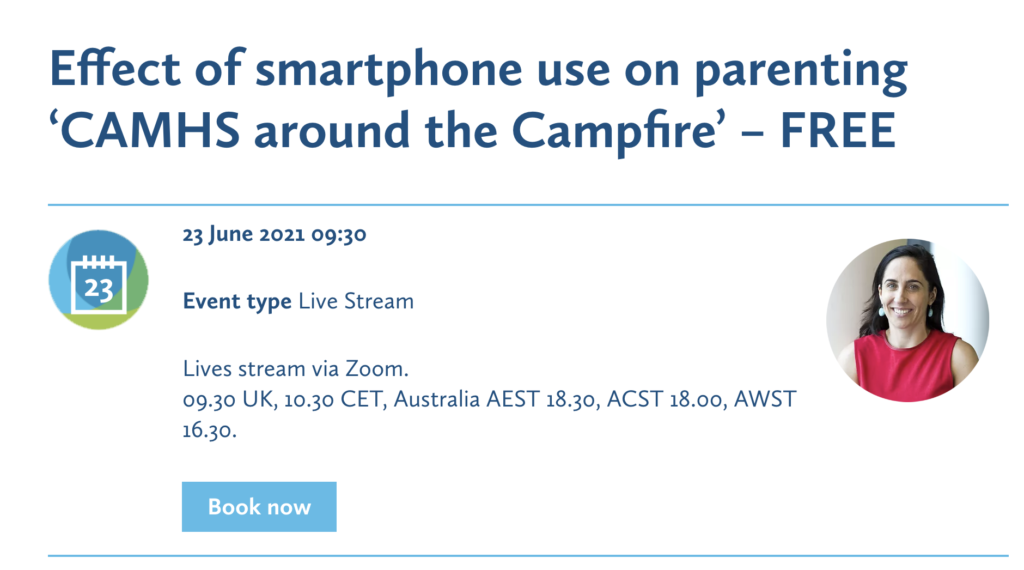