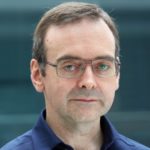 Gerome is a psychiatric geneticist who works on the genetics of affective (mood) disorders, psychosis and eating disorders. One of the most important goals for his research is to discover the biological basis of common psychiatric disorders, which will allow better drug discovery and biomarker studies in mental health. Not only that but they can also be used to improve estimations of response to psychological treatments and to help improve clinical trial approaches. Gerome is heavily involved in a number of international genetic consortia which are driving the field of psychiatric genetics forward at a faster pace than ever before, with more than 500 variants for common psychiatric disorders recently discovered. He is currently running The Genetic Links to Anxiety and Depression or GLAD study with his close collaborator Prof Thalia Eley. He leads the NIHR Mental Health BioResource, of which GLAD is the first study, which aims to recruit >100,000 participants in the next 5 years. 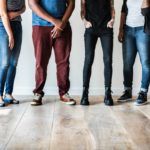 Thalia Eley and Gerome Breen explore a new systematic meta-review of predictors of antidepressant treatment outcome in depression, which looks at clinical and demographic variables, but also biomarkers including both genetic and neuroimaging data.