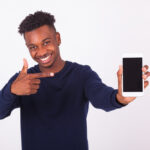 Depression is a common mental health disorder that often begins in adolescence or young adulthood and has a chronic course with recurrent depressive episodes continuing throughout one’s lifetime (Kessler et al., 2007; Solmi et al., 2021). However, diagnosis is often challenging with a lack of objective, reliable diagnostic criteria, and reliance on retrospective self-report influenced by both recall and mood-state associated biases (Yim et al., 2020).

Young people are particularly vulnerable to deterioration due to barriers in help-seeking, including delay in or lack of access to services, mismanagement of symptoms, stigma, and difficulty identifying or expressing concerns (Hetrick et al., 2012; Salaheddin & Mason, 2016), often exacerbated by poor communication and disregard of agency (Houlders, Bortolotti & Broome, 2021). As such, many cases of depression go undetected and untreated, contributing to a trajectory towards full-blown, chronic depression associated with poorer outcomes in adulthood (Weavers et al., 2021).

Indeed, it has been estimated that only 28% of all individuals with depression receive treatment, which decreases to just 7-14% in low- and middle-income countries (LMICs; Kieling et al., 2011) where almost 90% of the global adolescent population reside (Chrisholm et al., 2016). There is a crucial need for effective early interventions targeting the adolescent period, that can be personalised and are scalable across different contexts if we are to improve depression outcomes across the globe (Patel et al., 2018).

Remote measurement technologies (RMT) may represent an increasingly ubiquitous resource for such an intervention. RMT include any digital technology with the capability to collect data from an individual in real-time during their day-to-day life, such as smartphones and wearable devices. The individual can either actively input data (e.g. mood logs), or it is collected passively via embedded sensors and used to infer their physiology (e.g. heart rate variation, skin conductance), behaviour (e.g. sleep, movement and location, physical and social activity) and environment (e.g. light levels, weather) (Moht, Zhang & Schueller, 2017; Simblett et al., 2018). In this way, RMT could monitor and detect changes relevant to depression and have uses in more objective screening, monitoring symptoms, relapse-prevention, and delivery of just-in-time adaptive interventions.

However, there is an ever-increasing danger, especially now in the days of the COVID-19 pandemic, that the use of RMT in mental health may surge ahead of the evidence base. Indeed, there is currently limited understanding of the benefits of RMT specifically for depression in young people (Wu, Torous & Harper, 2016).

In a recent article, Sequeira et al (2020) conducted a scoping review to establish the extent of evidence available for the use of RMT in monitoring depressive symptoms in children and adolescents. Specifically, they aimed to evaluate whether remote measurement technologies can:

Remote measurement technologies include smartphones and wearables that can collect data from an individual in real-time during their day-to-day life e.g., mood, stress, sleep, and activity.

The authors searched five electronic databases for peer-reviewed literature published between 2008 and 2019 focusing on four key concepts: (i) the use of mobile health technologies (ii) for monitoring or predicting (iii) unipolar depression (iv) in children (< 10 years), adolescents (10-19) or youth (14-24). The scoping review allowed inclusion of conference proceedings and study methodologies of all types, such as quantitative, qualitative, and mixed methods, as well as other reviews, but not non-empirical literature. Studies that made use of RMT solely to provide treatment or focused on a different type of depression were excluded.

Literature searches produced a total of 829 records, 30 of which met the criteria to be included in the scoping review. All studies were conducted in high-income countries, with clusters in Western Europe, North America, and Australia, and most were published from 2016 onwards. Study participants ranged in age from as young as 3 to 25 years old. Evidence synthesis revealed the following key findings:

Several common issues arising across the reviewed literature were discussed, including short study duration, low number of predictor variables, heterogenous measures focusing on feasibility rather than clinical outcome, and inappropriate statistical analyses for such large amounts of longitudinal data, all of which limited the validity of predictive investigations. There was also a lack of consideration that the requirement to use RMT daily for long periods time may make continued engagement challenging, especially for young people with depression. 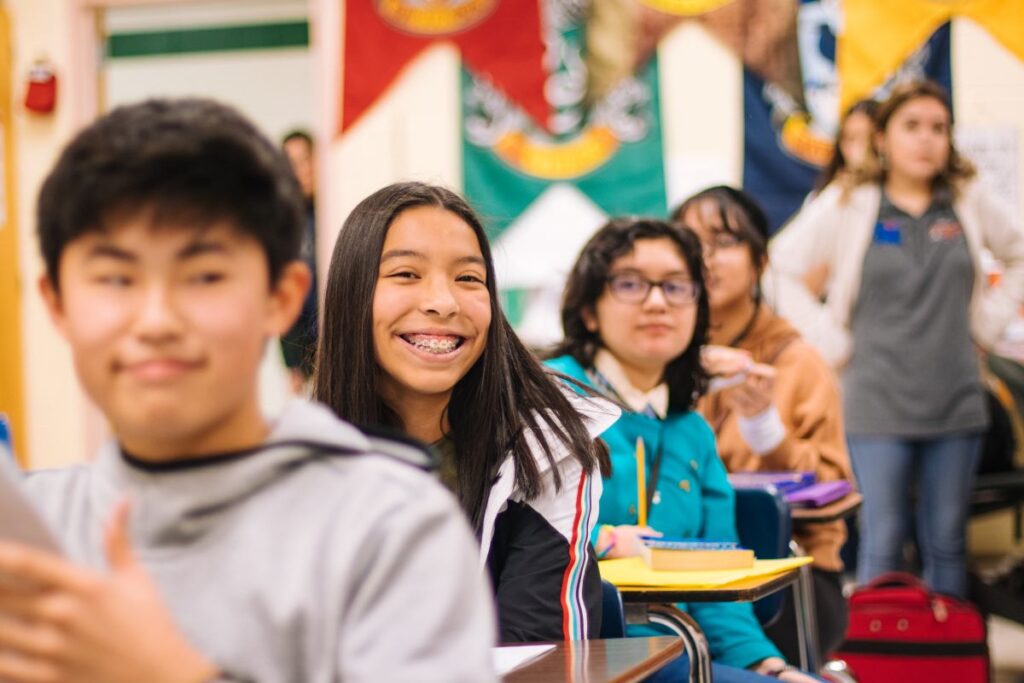 This scoping review focused on the positive perspectives of young people towards remote measure technologies, even though many negative aspects are also detailed in the included literature. 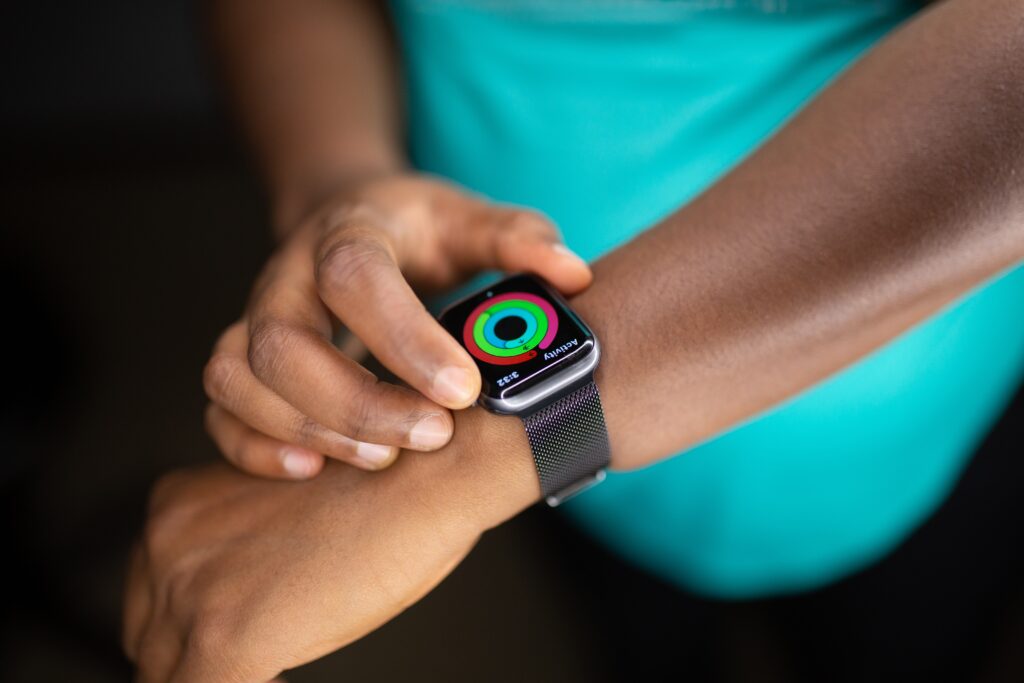 The authors concluded that remote measurement technologies have great potential for the objective monitoring and prediction of depressive symptoms in young people, but it’s clear that more research is required.

One of the main advantages of a scoping review is being able to include a greater range of literature; however, the authors did not take full advantage of this with scope limited to unipolar depression, use of remote measurement technologies (RMT) in monitoring or prediction but not treatment, and only records written in English. Manual search techniques including snowball sampling were limited and there was a seeming absence of any grey literature. Whilst conducting a consultation exercise as part of the scoping review process is optional, in this case it would also have been a particularly helpful addition for such a novel field with some important areas of contention.

As is its purpose, use of the scoping review approach meant the authors very successfully established the extent of evidence available for the use of RMT in monitoring depressive symptoms in young people and identified remaining gaps in the literature. However, the inclusion of more specific research questions was perhaps inappropriate to this approach and as such, they remained unanswered. For example, the authors were able to report on the types of RMT used, data collected and predictive models used, as well as feasibility and acceptability. However, they were unable to truly evaluate whether RMT, “can capture the dynamic nature of depressive symptoms in children and adolescents…or predict recurrence”. For this, many other factors need to be considered, such as sensitivity, specificity, and predictive performance, which systematic or meta-analytic review methods would be better suited to answer once further studies have been conducted and methodological heterogeneity reduced.

Additionally, whilst scoping reviews do not require risk of bias assessments, it is still important to note the impact publication bias can have on all review methods.

There was also a focus on the positive perspectives reported by young people, even when the literature referenced did detail some of the more negative aspects, such as barriers to use including digital literacy and severity of depression, constraints on mental health services for timely responses, unintended harm from unmet expectations, continued engagement only within the context of a study and requirements for more personalisation and simpler devices.

However, they did highlight the inconsistent quantitative measures of feasibility across studies that made it difficult to draw conclusions about the actual level of use of RMT in young people.

Finally, whilst the experience of depression can be quite different across age groups, children, adolescents, and youth were considered together, which can lead to overgeneralised conclusions. 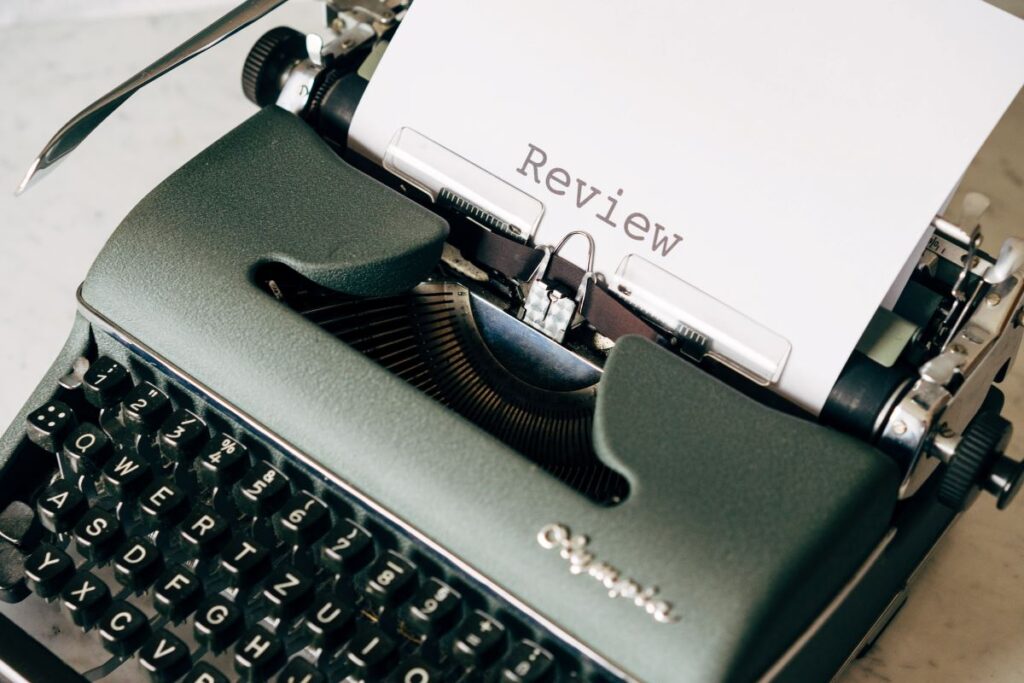 This scoping review included a large range of literature in response to a broad research question. However, care must be taken not to overgeneralise across different populations.

Digital technology and machine learning algorithms are becoming increasingly intelligent, smartphone ownership across the globe is relatively high and there is an assumption that young people may prefer digital technology solutions having grown up in this era. As such, remote measurement technologies (RMT) are being purported as a potential scalable solution to the mental health gap, with uses in depression screening, monitoring, prediction, and treatment. As shown here, there is growing evidence that RMT are acceptable to young people and can collect data that is associated with and potentially predictive of depressive symptoms. However, there is a distinct lack of evidence for their impact on clinical outcomes (good or bad) and whether they can be implemented in the real-world, without which, the potential of RMT is unfortunately currently limited. 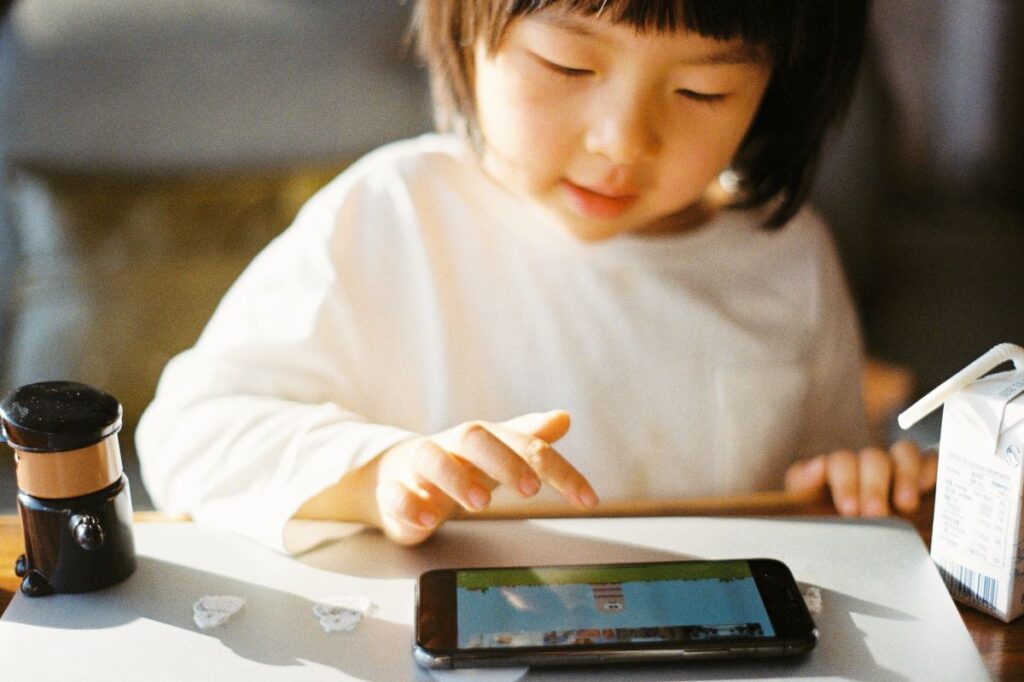 At present, there is very limited evidence that remote measurement technologies can have a positive impact on clinical outcomes in mental health, and whether or not they can be implemented in the real-world.

As part of the Wellcome Trust Active Ingredients Commission 2021, we built upon existing reviews by taking a realist and lived experience involvement approach to really delve into the factors that may significantly impact the benefit gained from remote measurement technologies (RMT) and their implementation. Specifically, we aimed to understand how and why, for whom, and the contexts in which RMT may or may not work for depression in young people aged 14-24 and make recommendations for future research and practice.

We conducted a realist review in collaboration with two lived experience co-researchers and with input from the wider McPin Foundation Young People’s Advisory Group. Iterative searches across ten electronic databases and six sources of grey literature produced a total of 6,114 records, 100 of which were included in the evidence synthesis.

Key findings were as follows:

Let’s not get carried away…

We warn of a possible overestimation of how much young people are actually likely to use RMT and of the overall potential of RMT for depression in young people.

Recommendations for future research include updating ethical procedures for the collection and sharing of digital data, standardisation of quantitative feasibility measures, and investigation of the reasons for variability in adherence, potential harms, which RMT data features precede and have sensitivity and specificity for relapse, adaptive just-in-time interventions, and impact on clinical outcomes.

There is also a need for implementation science to determine whether certain significant challenges can be overcome. Without this, we recommended that the current best use of RMT for depression in young people is in a blended, stepped-care approach. They could part of a support package provided throughout the care pathway, from opportunistic screening, watchful waiting, triage, and placement on waiting lists, to during treatment to increase emotional self-awareness and enhance the therapeutic relationship. 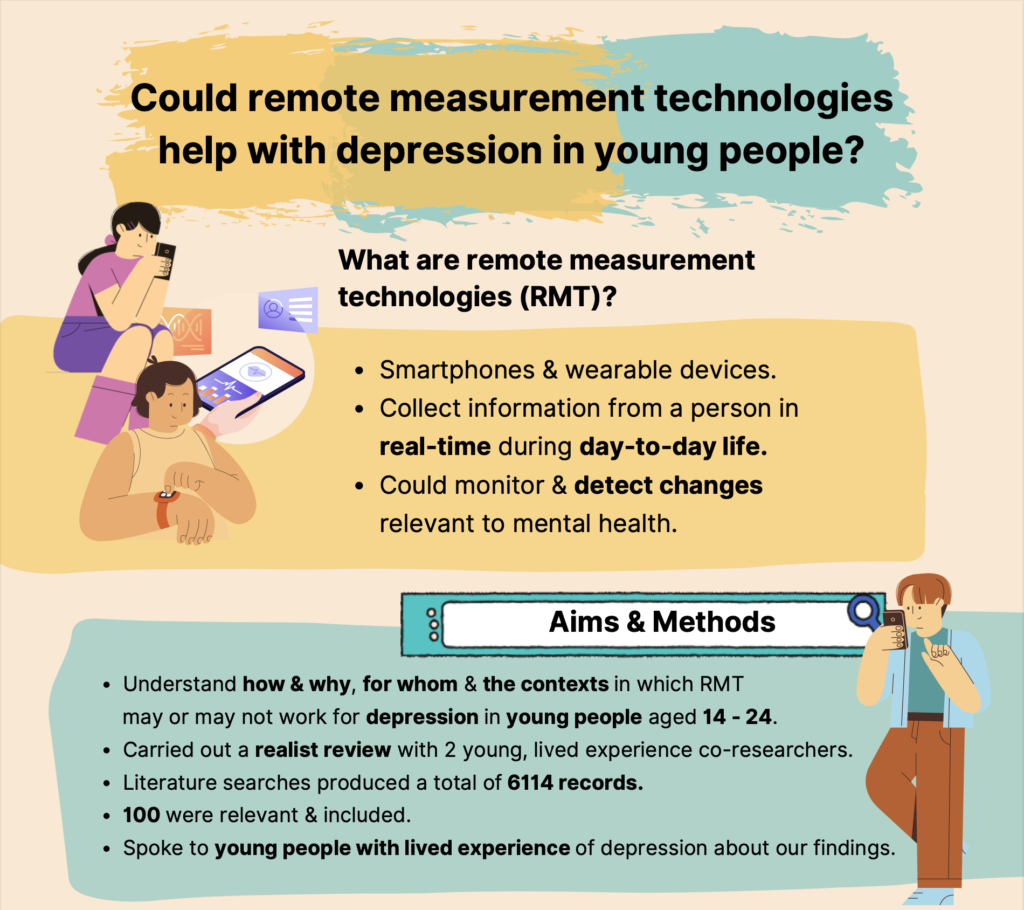 AW declares no conflict of interest with regards to the study discussed, its peer-review and publication, or the researchers involved; however, this blog post does constitute dissemination of work funded by a Wellcome Trust Mental Health ‘Active Ingredients’ commission awarded to AW at KCL, for which remote measurement technology was chosen as an active ingredient. AW also receives funds from The McPin Foundation in her role as a lived experience panel member on unrelated projects.

Hetrick, S.E., Thompson, A., Yuen, K. et al.Is there a gap between recommended and ‘real world’ practice in the management of depression in young people? A medical file audit of practice. BMC Health Serv Res12, 178 (2012). [DOI].