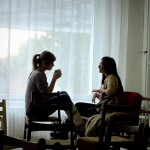 The new NIHR-DC (National Institute for Health Research Dissemination Centre) Highlight on Cognitive Therapies for Depression is fresh out today and I am pleased to have been given the opportunity to analyse it for readers of the Mental Elf.

This document provides an update of recent NIHR-funded research regarding cognitive therapies for depression. It’s based on three large randomised controlled trials (RCTs), which are all listed with full-text links at the end of this blog. At the Mental Elf, we have blogged about each of these trials when they came out, and sometimes dedicated more than one blog.

In what follows, I will attempt to balance the portrayal of these trials, as done by my fellow elves, with their presentation in the NIHR Highlight and emphasise some critical aspects. In the interest of succinctness, each trial will be considered separately and identified by its acronym: 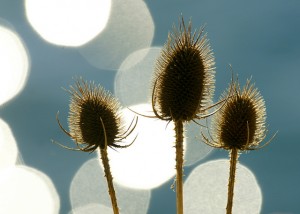 The NIHR-DC Highlight shines a light on three recently published RCTs about cognitive therapies for depression in adults.

A Mental Elf blog on the REEACT trial offered a critical assessment of what its results spell out for computerised CBT (cCBT) in primary care. This large trial involved 691 depressed participants (defined as scoring over a threshold of a self-report scale: the PHQ-9) from 83 GP practices. They were randomised to either a freely available or a commercial cCBT program, or to usual care.

Results showed no significant differences in depression among the three groups, neither post-intervention, nor at a longer follow-up of 24 months. Results also revealed high drop-out rates and small adherence to cCBT (roughly 1 in 5 patients completed the intervention). Given that this was a pragmatic trial designed to closely mimic what happens in primary care, our blog questioned whether cCBT might indeed be useful in these settings, despite its routine promotion and wide distribution.

The NIHR Highlight, while accurately reflecting the results of this trial, tends to focus on potential reasons for why they were less encouraging than expected. This is effectively spin. For instance, the Highlight seems to discount the fact that the lack of adherence to the cCBT is also an outcome that reflects on the utility of this program, particularly in view of wide dissemination. The document also states that “it is not possible to tell whether people might have benefited from the CBT, had they completed the course”. While this is certainly an evident statement, it also doesn’t give much additional information beyond “we don’t know”. The inference that the reason participants had difficulties with cCBT was that it was provided with minimal support is a plausible conjecture, but a conjecture nonetheless. Pending that, the concrete result that does remain is that in the largest study of cCBT in a primary care setting, participants for the most did not engage with and did not benefit from cCBT over what they would have obtained from regular GP care.

A follow-up trial (REEACT 2) will be published soon, so perhaps the findings of that study will help shed more light on the value of cCBT for depression in adults. 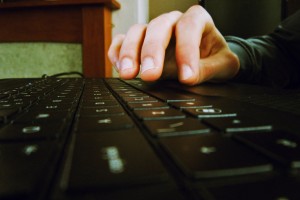 In November 2015 we blogged the REEACT trial and concluded that computerised CBT for depression is no better than usual GP care.

As blogged on the Mental Elf (here, here and here), this large randomised trial with 469 participants from 73 general practices showed that adding CBT on top of antidepressant medication was an effective and cost-effective alternative compared to usual care (which almost invariably involved antidepressants alone) for patients with treatment resistant depression. Treatment resistant depression was defined in this study as having adhered for at least 6 weeks to an adequate dose of antidepressants and still having a score on the self-report questionnaire BDI-II (The Beck Depression Inventory-II) of over 14. Results were maintained at long-term follow-up (3-5 years).

The Highlight accurately reflects these findings and their implications, though maybe it would have been useful to acknowledge some of the challenges and controversies around defining treatment resistant depression (see for instance Malhi and Byrow, 2016). 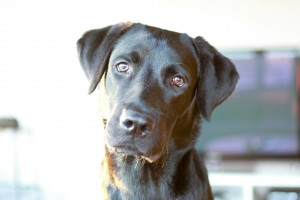 In February 2016 we blogged CoBalT and concluded that CBT plus usual care (including antidepressants) is clinically and cost effective in the long-term for people whose depression has not responded to medication.

This large trial involved 424 participants from 95 GP practices, who had had three or more previous major depressive episodes and were currently on a therapeutic maintenance dose of antidepressants. Participants were randomised to either mindfulness-based cognitive therapy including support to taper or discontinue antidepressants (MBCT-TS) or to maintenance antidepressants. Results showed no differences between the two arms for time to relapse or recurrence of depression over 24 months.

In our Mental Elf blog, while we commended the PREVENT trial for being well-conducted and transparently reported, we also exposed a crucial caveat: this trial was not conducted with the purpose, the design and particularly the data analysis plan required for establishing equivalence or even non-inferiority. So the fact that it finds no statistically significant differences when comparing the two treatments is not the same as demonstrating the two treatments are equally effective. This is even more of a problem, given that there was no usual care or attention control group which could have been used to contrast each of the two interventions. Moreover, the lack of such group also carries the implication that the benefits of MBCT-TS might be non-specific.

While the NIHR Highlight accurately acknowledges that the lack of a control group hampers extracting firm conclusions about MBCT, it nonetheless paints an overly optimistic picture of the implications of this trial. Though it casts the results correctly in terms of not finding differences between the two interventions, it also appears to inaccurately conflate the lack of significant differences with establishing equivalence or non-inferiority. It would serve the public better if this distinction was made transparent.

Further proof of the relevance of the distinction between what can be concluded from a superiority versus a non-inferiority or equivalence trial is ironically provided by a recently published RCT of a similar MBCT intervention for relapse prevention in depression (Huijbers et al., 2016). In this non-inferiority trial, the authors showed that MBCT with discontinuation of antidepressant medication was inferior to the combination of both interventions for depressive relapse and recurrence over 15 months. 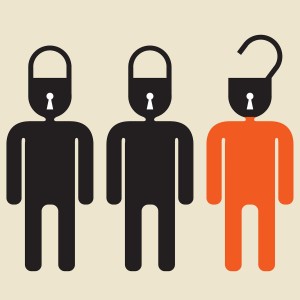 In April 2015 we blogged PREVENT and concluded that mindfulness based cognitive therapy is a promising intervention for preventing depression.

While the latest large trials of cognitive therapies are undoubtedly exciting and worthy of public attention, I am concerned that this new NIHR Highlight presents a somewhat edulcorated representation of computerised CBT as an effective low-intensity intervention and overplays the evidence for mindfulness based cognitive therapy as an alternative to antidepressants for relapse prevention.

Note from the Editor: We will be getting together around the campfire next week (Monday 7th March at 2pm GMT) to discuss the papers covered by this blog. Our expert panel will include Willem Kuyken (PREVENT), Chris Williams (CoBalT), Tara Lamont (NIHR-DC) and Ioana Cristea.

You can watch the live broadcast or join the discussion on Twitter at #ElfCampfire.

If you miss the broadcast, don’t fret, you can watch it in full and download all of the supporting presentations and background reading on the Cognitive therapies for depression campfire page.