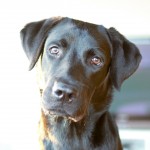 For some time, depression was a subject for academic exploration in terms of its diagnostic criteria; its trajectory. Once defined, the increasingly medicalised world looked to how to best cure or contain, and the focus fell on which drugs and which therapies were more or less effective.

Increasingly, and understandably, the research followed the pharmaceutical money, but an increased political interest in mental health services brought us to the point where the only game in town seemed to be finding how quickly and cheaply people with mild to moderate depression could be treated with CBT (cognitive behavioural therapy).

It is only more recently, whether because of political motivations, the recognition of prevalence and treatment-resistance of depression, or just a natural progression of academic work, that the focus seems to have broadened; we are seeing, to put it bluntly, easy-to-implement treatments (CBT, mindfulness-based cognitive therapy, antidepressants) being assessed in the hardest-to-treat cases of depression.

Follow-up data from the CoBalT trial poses an interesting clinical question (Wiles et al, 2016). If an individual has apparently treatment-resistant depression and antidepressant ‘usual care’ appears the only option available, is there any possible benefit to providing a moderate length course of CBT alongside the medication, and if so, what are the benefits and how long do they last for? Could benefits be detected not just months, but years after the end of therapy? 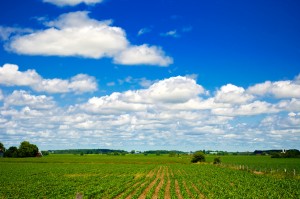 CoBalT: a lovely colour, but perhaps an acronym too far?

For them to be in a position to ask these questions, Wiles et al have made the most of a cooperative study model involving several university departments and 73 general practices. They were able to recruit 469 adults with Beck Depression Inventory-II scores of 14 or over, who had adhered to an antidepressant medication for at least six weeks. It is not specified how adherence was confirmed.

Participants were assigned to:

Participants in the study were aware of the two treatment arms and which arm they were in.

Data was collected at 6 months, 12 months and 3-5 years (an average of 46 months) post-intervention for both groups. It is difficult to ascertain clearly from the paper exactly what was measured at the three time points, so the assumption is that the same measures were taken at every time (BDI-II, PHQ-9, GAD-7, EQ-5D-5L, SF-12).

The main outcome measure was the overall BDI-II score, but BDI-II scores were also used to examine rates of remission. A 59% response rate to the self-report postal questionnaires at 46 months post-intervention suggests that the researchers had encouraged participants to engage and had not placed too large a research burden on each individual with the number and length of the measures chosen. A flow diagram is provided detailing the numbers and nature of withdrawals at each stage.

Repeated measures analysis was conducted to incorporate outcomes at all three time-points and the main outcome measure was set to be the difference in BDI-II score over time. Scores at each time-point are not provided, with the exception of a graph of BDI-II scores for the two groups over time, and this feels like an important omission.

14-19 is the recognised range for mild depression whilst 20-28 is the moderate depression score range. Thinking about this difference clinically, as opposed to statistically using the effect size, and thinking about the total scoring range of the BDI-II (0-65), it is difficult to establish how meaningful the amount of change is for the individuals concerned.

This is where the additional self-report measures help to flesh out the picture, as these showed relative gains for the CBT + TAU group over the TAU group on anxiety, self-reported quality of life and general mental wellbeing. Moreover, in terms of individuals scoring 10 or less on the BDI-II, and therefore being considered as being in remission, 28% of the CBT + TAU group compared with 18% of the TAU group and this was highly significant (<0.001).

Furthermore, what is quite heartening is that given the initial mean scores on the BDI-II were over 30 (it is not specified for each group but illustrated graphically), both groups did show meaningful and sustained reductions in depression symptoms. Given this, a less empathic number-cruncher could argue that if people with depression show recovery with treatment as usual, providing CBT on top of treatment as usual would be, in the most simplistic model, an unnecessary additional cost for the NHS.

As a very helpful counter to such an argument, the research team also looked at cost effectiveness of adding CBT to treatment as usual. A detailed cost utility analysis was performed with information on health service utilisation gathered from the general practitioners involved in the study. The mean additional cost per person was £281, which, if we take an average of 15 sessions of CBT, would be about £19 per session. In quality of life terms and the social acceptability of the additional cost, the provision of CBT for this population was judged to be highly acceptable and of a very high probability of improving quality of life. 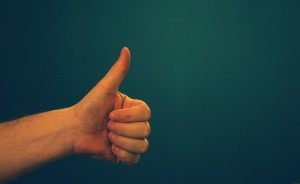 This trial suggests that CBT plus usual care (including antidepressants) is clinically and cost effective in the long-term for people whose depression has not responded to medication.

The work has some clear strengths:

But also some limitations: 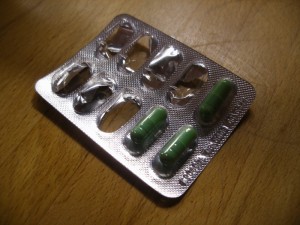 This evidence gives further weight to the view that clinicians should discuss referral for CBT with all those for whom antidepressants are not effective.

Some of this work links up to the debate about psychoanalysis and CBT, and why CBT may have poor outcomes over the longer term. There is an argument that because CBT only looks at the present and doesn’t address underlying conscious and subconscious cognitive patterns, it will only be a matter of time before people who have responded to CBT revert back to previous feelings (see this Guardian blog from Oliver Burkeman for a brief overview).

This follow-up of the CoBalT RCT provides contrary evidence to this argument. One of the reasons may be because of the amount of CBT offered. In this study, the provision of 12-18 sessions of CBT is, as the authors reflect, likely to be in excess of what many NHS patients are offered. However, the thesis that CBT will not work in the longer term because of its orientation only to the present does not seem to hold here.

Information about the study is easily available online (http://www.thecobaltstudy.ac.uk/index.html) although the site does not appear to have been updated since the start of the study. 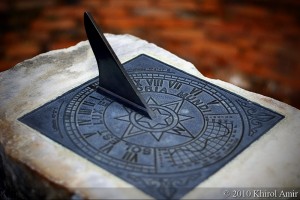 If more CBT does have a long-term impact on treatment-resistant depression, can we afford not to fund this on the NHS?