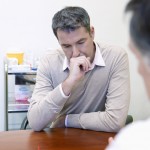 The cost of depression to the individual and to society as a whole is well documented, and has become something of a talking point lately; thanks in part to Richard Layard and David Clark’s new book Thrive. Health service use associated with depression can be expensive, though these sums are often dwarfed by the costs of lost productivity. Not to mention the huge impact on quality of life.

Cognitive-behavioural therapy (CBT) has been shown to be cost-effective for various conditions, including depression. Generally, CBT hasn’t been found to be all that costly an intervention, with estimates ranging from a few hundred to a few thousand pounds depending on delivery method (Curtis, 2013). The CoBalT trial, which we covered in a previous blog, demonstrated that CBT was beneficial to patients with treatment-resistant depression (Wiles et al, 2013). An economic evaluation was carried out alongside the trial and was recently reported in The British Journal of Psychiatry (Hollinghurst et al, 2014). It’s possible that treatments for depression are cost-saving for society, but proving this would require a lot more research.

The intervention consisted of between 12 and 18 CBT sessions of about an hour delivered at a GP surgery over the course of 12 months; full details are outlined in the original paper (Wiles et al, 2013) and corresponding elf blog post. Outcomes included BDI-II score, SF-12 and the EQ-5D-3L.

234 participants were randomised to CBT plus usual care, while 235 received usual care.

Some resource use (such as out of pocket expenditures, time off work and hospital visits) was self-reported by patients at 6 month intervals. Other information, including use of primary care and prescribed medication, was extracted from GP records. Therapists recorded information about the number and length of CBT sessions in order to estimate a cost for the intervention itself.

The authors carried out a number of sensitivity analyses and used bootstrapping to estimate the level of uncertainty associated with the cost-effectiveness estimates. The study didn’t find much difference in lost productivity, though presenteeism (which may be a bigger problem than absenteeism) was not measured.

CBT when added to usual care is a cost-effective treatment for patients with treatment-resistant depression.

The confidence in this conclusion is, I think, justified. The cost of the intervention is relatively low and cannot rise that high in the extreme because of the nature of CBT.

As with many economic evaluations, the study suffered from missing data. However, the authors addressed this well by carrying out multiple imputation.

Capturing the health benefits associated with treatment for depression under a general QALY framework is tricky. In one of the authors’ sensitivity analyses they used QALYs estimated using the SF-6D rather than the EQ-5D, and found the intervention to be less effective and therefore less cost-effective. Measures like the SF-6D and EQ-5D have been accused of insensitivity to mental health problems, and it’s possible that they underestimate the impact of treatments for depression. That they might overestimate the benefit is highly improbable; current methods are likely to give a conservative estimate of the benefits.

Research is ongoing to better reflect mental health problems in QALYs. Meanwhile we can expect the evidence base for the cost-effectiveness of CBT for depression to get stronger. QALYs are a general measure of health outcome, but piecing together exactly what constitutes good health (including mental and physical illness) is no mean feat.