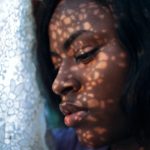 This is a briefing paper summarising the evidence on the impact of racism on mental health, produced by the Synergi Collaborative Centre. The purpose of the briefing is to outline the evidence in order to support actions to improve population mental health, “specifically to reduce ethnic inequalities in experiences and outcomes of severe mental illnesses”.

Synergi describes itself as a “five year national initiative, funded by Lankelly Chase, to reframe, rethink and transform the realities of ethnic inequalities in severe mental illness and multiple disadvantage.” Synergi is a collaboration between Queen Mary University of London, the University of Manchester and Words of Colour Productions. Synergi aims to work closely with commissioners, policymakers and politicians, as well as service providers, citizens and those experiencing mental distress, “to create and deliver a vision to help eradicate ethnic inequalities in severe mental illness and their fundamental causes.” At the launch of Synergi, the Director, Professor Kamaldeep Bhui, said:

We will air evidence from the full range of parties involved in these issues, but we will do so in a way that puts the experiences of those with severe mental illness centre stage. 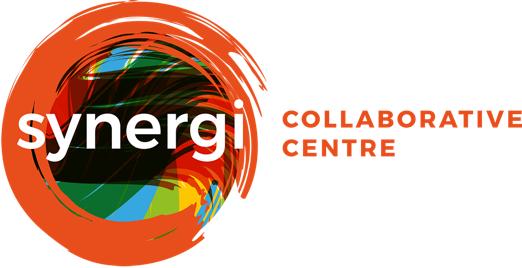 The Synergi Collaborative Centre aims to “better understand and tackle ethnic inequalities in the risk and consequences of severe mental illnesses among ethnic minority people”.

Synergi Briefing Papers provide summaries of the evidence and formulate a foundation for their work by reflecting the approach they are taking to their work and underlying values. They have produced four briefings to date – this one and three others:

They say that they welcome alternative sources of evidence, such as those from unpublished sources and from the memories of organisations that work with ethnic inequalities and say that they will “place them in co-production spaces to develop shared narratives of evidence, and actions which can be taken”. All of this is undertaken with the goal of preventing and reducing ethnic inequalities in ‘severe mental illness’ and taking account of multiple disadvantage.

The paper begins by introducing the idea that racism is one explanation for the ethnic inequalities in the mental health system. There is considerable evidence for the impact of racism on the emergence of mental illnesses, including depression, difficulty coping and adapting to severe events, the experience of hallucinations and delusions, and multiple sources of post-traumatic stress. There is also evidence that racism impacts on physical health.

The paper then defines racism and institutional racism, before going on to explore:

The impact of interpersonal racism

The impact of interpersonal racism includes the impact of prejudicial statements, aggression, violence, bullying and harassment. Importantly, the paper mentions micro-aggressions, the chronic daily slights, avoidance and comments that can have a pernicious effect on people; even if perpetrated unknowingly.

These subtle influences can result in pessimism, and difficulties adjusting and recovering from trauma, and there is a growing and convincing body of evidence that psychosis and depression, substance misuse and anger are more likely in those exposed to racism. (p.5)

Some people live in fear of being victimised and this can undermine their resilience, hope and motivation. This chronic stressor has been shown to filter down the generations affecting children’s mental health, as reported in a previous Mental Elf blog by Sarah Carr: Does racial discrimination affect the mental health of children and young people?

The multidimensional nature of disadvantage

In the multidimensional nature of disadvantage, the paper summarises the intersectional issues of social class, income, educational achievement and employment status – alongside differential experiences according to age, gender, sexual identity, religion, asylum status and disability. They describe a cycle of disadvantage, in which inequalities and social exclusion are compounded by the health problems originally caused by social inequalities.

It is these varying types of structural and institutional racism that are especially pertinent to the context in which health providers operate. (p.5)

An example given is that Black Caribbean and Black British children are more likely to experience school exclusion, which is linked to mental health problems, substance misuse and criminality in later life. Education is itself a protective factor, if it leads to employment and sufficient income; however, people from ethnic minorities have generally poorer outcomes than White people. Even those with degrees are less likely to be employed. Racial discrimination also takes place within the workplace, affecting promotions, workplace conditions and training opportunities, with Black women being more likely to report it.

In Pathways to mental health care, the connections are made between some of the above forms of disadvantage and the resulting ways in which some racialised groups come into contact with mental health services. As the paper acknowledges, it has been known for many decades that some racialised communities (particularly Black Caribbean, Black African and Black British people) have higher admission and detention rates and are more likely to access services through the criminal justice system, a pathway described as ‘unremittingly aversive’ and leading to future service avoidance.

This again creates a cycle of fear, lack of trust and avoidance, and I am reminded of the groundbreaking research Breaking the Circles of Fear (PDF) published some years ago by the Centre for Mental Health (Keating et al, 2002), interestingly not referenced in this paper. A previous Mental Elf blog by John Baker also considered the ways in which black people often enter the mental health services: Black patients’ first contact with mental health services is more likely to be coercive. 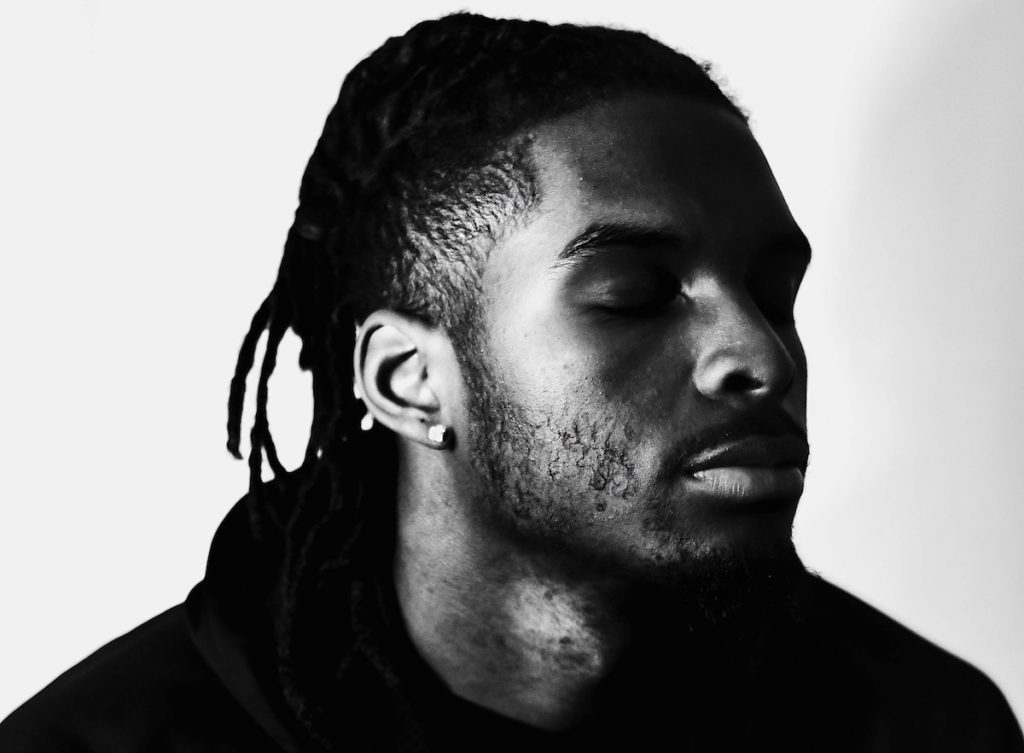 “There is a large and growing body of robust evidence demonstrating that racism leads to mental illnesses”.

This briefing paper makes some concluding comments, again noting the knowledge that we have held for decades about the ethnic inequalities in mental health care and in pathways to services. This section reiterates much of what we have heard already, referencing institutional racism and the structural disadvantages which the evidence has led us to understand are behind the ethnic inequalities described. The situation is perpetuated by power relationships within organisations which reinforce the social injustices experienced in society as a whole:

Societal and institutional injustices can become problematic, if persistent, and traumatic, if they reinforce injustices of more violent discrimination or social adversity. (p.8)

An important point that the paper makes is that the dismissal of people’s experiences and fears of racism by mental health services can seriously exacerbate their mental health difficulties through not being believed or having to make accommodations within themselves.

The experience of not being heard, or being mistrusted, or being treated with hostility, are commonly expressed by services users, and reveal implicit power dynamics that act as a context for inequalities. (p.8)

“Ethnic minority people, when compared to White British people, are more likely to report adverse, harsh or distressing mental health experiences and poorer outcomes, if they develop a mental illness and are in contact with services.”

In many ways, this paper does what it says it does and does so clearly; if you are looking for a summary of the evidence on the impact of racism on mental health, then look no further. It paints a bleak picture and one that should make us sit up and take notice. It is well written and offers a useful overview of the evidence for the impact of racism on mental health through a number of pathways of disadvantage, and it does so clearly.

However, there is nothing new here and there is little evidence here of Synergi’s goal to work collaboratively (particularly with service users and survivors) or of the principle of co-production. The paper makes no mention of the felt experience of racism for service users; this, too, is evidence, and ostensibly evidence that the Centre is welcoming. The paper would have benefitted from co-authoring with service users writing a section on evidence from experience. I recognise that this may not fit with the purpose of the Briefings: their stated aim is to outline the position, approach and values of the Centre. However, in laying out their values and approach, it seems to me that this would have been a good opportunity to demonstrate their values in action.

In outlining the evidence, there is no comment about our continued failure to address institutional racism in the mental health services. No mention is made of the work of the DRE (Delivering Race Equality programme) initiated following the inquiry into the death of David Bennett, a 38 year old black man who died in a medium secure unit after being restrained by staff. Again, some recognition of initiatives that have been tried to address racism in practice would have given a more complete picture. Perhaps this is the subject of another paper.

We have made so little progress over the decades in reducing health inequalities or addressing institutional racism that it would be easy to read this paper and react by either feeling ‘I know all this’ or/and by feeling helpless in the face of such ingrained structures and attitudes. How can services begin to make change? If the paper and the Centre is aiming to work with providers and commissioners, then the Concluding Comments should have given people a few pointers for things that they can begin to do. The Centre is in its early stages, so this work may come over the next few years, but if there is any evidence out there at all, it would have been helpful to lift the paper into the world of practice.

Finally, I would like to have seen some mention of whiteness and white privilege; this debate is no longer new. Again, our collective failure to improve the experiences of racialised communities and service users of racism and pathways into mental health and criminal justice services, must impress upon us the need to think as well as act differently. Understanding the whiteness of institutions and the experience of privilege that goes with being white lends a different perspective to the whole. Whiteness remains unseen (to white people at least), because it is the norm against which the ‘other’ is measured. But, to quote Colin King, a black service user, mental health professional and activist, “whiteness must not escape structural scrutiny” (King, p.27). This means recognising that research evidence, too, originates from white Eurocentric foundations of knowledge; all too often it entirely overlooks the perspectives of marginalised and racialised communities. And it means white people acknowledging the privilege that goes with being white: making the unseen seen.

…white privilege is an absence of the negative consequences of racism … It is an absence of funny looks directed at you because you’re believed to be in the wrong place…
– Eddo-Lodge, 2017: p.119 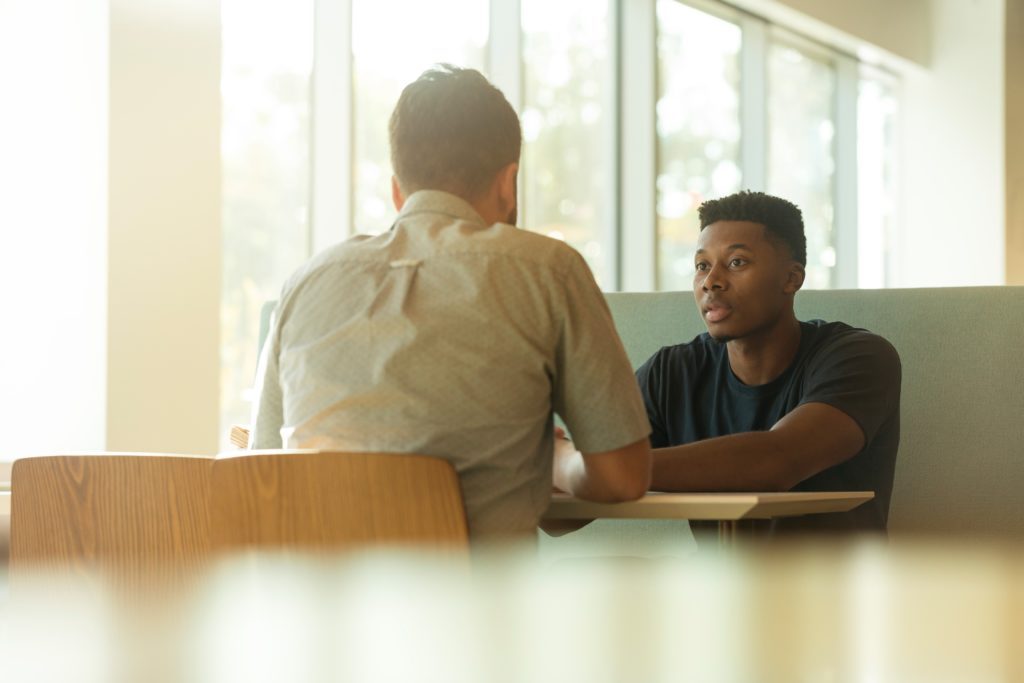 We must act differently, but also think differently if we are to end racism.

Department of Health (2005) ‘Delivering Race Equality in Mental Health Care an Action Plan for reform inside and outside services; and the Government’s response to the independent inquiry into the death of David Bennett’. London: DH.

Keating, F., Robertson, D., McCulloch, A. and Francis, E. (2002) ‘Breaking the Circles of Fear:  A review of the relationship between mental health services and African and Caribbean communities.’ London: The Centre for Mental Health.

King, Colin (2007). “They diagnosed me a schizophrenic when I was just a Gemini.  ‘The other side of madness’”. Chapter 2 in Man Cheung Chung, K. W. M. (Bill) Fulford, and George Graham, eds, Reconceiving Schizophrenia, Oxford University Press, Oxford, Pg 11-27.