Home » Posts » Mental health » schizophrenia » Adding antidepressants to antipsychotics in schizophrenia: do they work, for what, and are they safe? 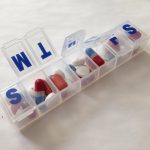 Schizophrenia is not a taboo topic anymore. Some aspects of the illness, like hearing voices and delusions (‘positive symptoms’), are increasingly spoken and written about by laypeople. But ‘negative symptoms’ (lack of thought content, motivation, meaningful pleasure and sociability) and the predisposition for people with schizophrenia to get depressed, are still commonly under-appreciated.

Both these domains are often treated by adding an antidepressant to an already-prescribed antipsychotic, but the evidence for this isn’t as comprehensive as we’d like. There have been multiple small studies, but there is little consensus and some subsidiary questions (like whether antidepressants might worsen positive symptoms) remain unanswered. Fortunately for us, a team based in Munich have recently published a systematic review and meta-analysis in the American Journal of Psychiatry, to pull together all of the data in this broad area (Helfer et al, 2016). 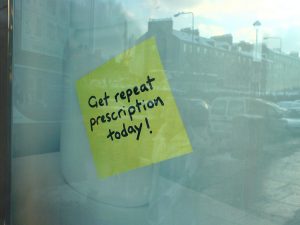 This new review examined the safety and efficacy of antidepressants added to antipsychotic drugs in the treatment of schizophrenia.

Helfer’s team attempted to find randomised controlled trials of antidepressants in schizophrenia and schizophrenia-like psychoses (i.e. schizoaffective disorder, schizophreniform disorder). They applied a broad search strategy to a range of study databases. They accepted trials of any antidepressant being added to any antipsychotic, by any mode of administration, at any dose, for at least one week. A control group was required, but not necessarily an active, blinded one. Any age, duration of illness and gender mix of participants was accepted. However, quasi-randomised studies and studies from China were excluded due to systematic methodological issues.

There were two primary outcomes:

And the secondary outcomes were:

The team identified 10,319 records, then reduced these to 128 studies representing 82 randomised controlled trials. Seventeen were sponsored by pharmaceutical companies, 28 had a public sponsor and the rest were unclear about funding. Publication dates ranged from 1964 to 2014.

Seventy five studies were double blind. The average trial lasted 8 weeks and contained 40 patients. Forty trials focussed on inpatients, 26 on outpatients and 11 on both.

Regarding the likelihood of bias, 77 studies had blind raters, 50 reported outcome data selectively, and 4 had ‘other sources of bias’. Results for depressive and negative symptoms (the primary outcomes) and for ‘at least one side effect’ were rated to be of high methodological quality. For acceptability of treatment and quality of life they were of moderate quality and for tolerability of treatment and exacerbation of psychosis of poor quality.

Overall, adding an antidepressant to an antipsychotic was found to be more efficacious than a control (either placebo or no treatment) for:

Adding an antidepressant did not significantly increase rates of relapse in psychosis. It was not associated with increased rates of discontinuing treatment due to side effects, inefficacy or any other reason.

No publication bias was detected.

For depressive symptoms, trazodone, duloxetine, sertraline, amitriptyline and MAOIs as a class all performed better than their control groups. SSRIs also did so when only participants with schizophrenia and depression were analysed.

For negative symptoms, selegiline, duloxetine, citalopram, fluvoxamine and mirtazapine, plus SSRIs and tetracyclics as classes all performed better than their controls. 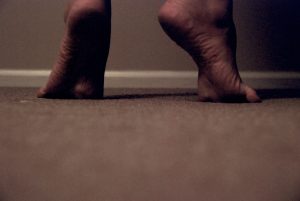 Adjunctive antidepressants had a small beneficial effect on depressive and negative symptoms in people with schizophrenia and schizophrenia-like psychosis.

This useful study provides good evidence that antidepressants have a beneficial, albeit small effect on depressive and negative symptoms in people with schizophrenia who are already taking an antipsychotic. It also strongly suggests that antidepressants are safe and tolerable in such circumstances. The results are reportedly free of major bias of any kind, and the participant group studied had on average been unwell for a long time; a familiar demographic to clinicians.

Telling negative symptoms apart from depression (and antipsychotic side effects and unidentified positive symptoms), particularly using research rating scales, is very difficult, so improving one with antidepressants could make it seem like the others have improved too; but the study controls for this as well as it can. As the authors state, a large trial with strict definitions would be useful. If that trial could use a substantial dose of an antidepressant for a substantial period of time (i.e. longer than the average of 8 weeks in this meta-analysis) that would be doubly relevant to real life.

Sadly, the data produced by this study does not translate seamlessly into specific clinical guidance. The best advice the authors can logically defend is that SSRIs seem to work for depression in people with schizophrenia (sertraline perhaps more than the others) and for negative symptoms (citalopram or fluvoxamine more than the others). Trazodone and duloxetine look like reasonable second-line agents for depression, and mirtazapine for negative symptoms. But the more you push for small detail, the less reliable the data becomes. 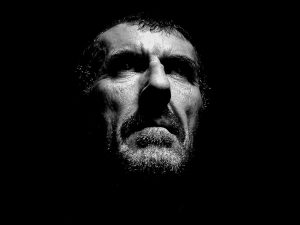 This review cautiously suggests that antidepressants can be added to antipsychotics with a low risk of exacerbation of psychosis and adverse effects, but more evidence is needed to confirm these findings.