Home » Posts » Mental health » psychosis » Does tobacco use cause psychosis? 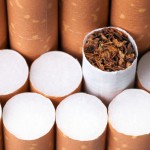 Hot on the heels of a recent study suggesting a dose-response relationship between tobacco smoking and subsequent risk of psychosis, a systematic review and meta-analysis (including the data from that prospective study) has now been published, again suggesting that we should be considering the possibility that smoking is a causal risk factor for schizophrenia.

As I outlined in my earlier post, smoking and psychotic illness (e.g., schizophrenia) are highly comorbid, and smoking accounts for much of the reduced life expectancy of people with a diagnosis of schizophrenia. For the most part, it has been assumed that smoking is a form of self-medication, to either alleviate symptoms or help with the side effects of antipsychotic medication. 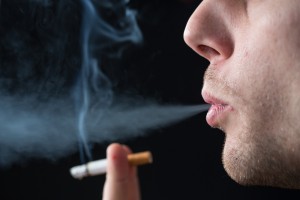 It’s widely thought that people with psychosis or schizophrenia use smoking as a way to self-medicate and relieve their symptoms.

This new study reports the results of a systematic review and meta-analysis of prospective, case-control and cross-sectional studies. The authors hoped to test four hypotheses:

To test the first hypothesis, studies with a control group were used to calculate an odds ratio. To test the second, prospective studies in which rates of smoking were reported for patients who developed psychotic disorders compared to controls were included, so risk ratios could be calculated. To test the third and fourth, prospective and case-control studies were included, and for the onset of psychosis, cross-sectional studies were also included. 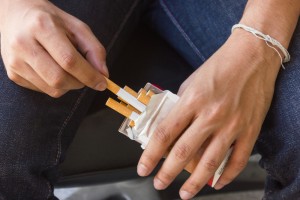 Daily tobacco use is associated with an increased risk of psychosis and an earlier age at onset of psychotic illness.

The authors conclude that the results of their systematic review and meta-analysis show that daily tobacco use is associated with an increased risk of psychotic disorder and an earlier age at onset of psychotic illness, although the magnitude of the association is relatively small.

Interestingly, the authors interpret their results in the context of the Bradford Hill criteria for inferring causality (which consider the strength, consistency, specificity, temporality, biological gradient, plausibility, coherence, experiment, and analogy of an association). They argue that, where these criteria can be applied (the specificity criterion cannot be applied because smoking affects so many disease processes, while the experiment criterion is not met because animal models of psychotic illness that capture important features such as delusions are impossible), they do appear to be met by the evidence available.

There are a number of important limitations to this study, which the authors themselves acknowledge:

Nevertheless, this is a well-conducted systematic review and meta-analysis that brings together a reasonably large literature. The results appear robust, although given the observational nature of the data, and the fact that only data that were comparable across studies could be meta-analysed, any conclusions regarding causality need to be very tentative.

Very few studies in this review, measured or adjusted for use of other substances such as cannabis.

It seems that we should seriously consider the possibility that smoking is a causal risk factor for schizophrenia. Of course, the data available to date aren’t definitive, and we need to be very cautious about inferring causality from observational data, but this does feel like an area where there is growing, converging evidence from multiple studies using multiple methods.

It’s also worth bearing in mind that even if smoking is a causal risk factor, this does not preclude the possibility that smoking is also used as a form of self-medication. There are several thousand constituents of tobacco smoke; it is possible that some of these alleviate symptoms, while others exacerbate them. For this reason, we shouldn’t assume that nicotine is necessarily the culprit if smoking is indeed a causal risk factor; it may be (and Gurillo and colleagues discuss the biological plausibility of nicotine in this context), but that will need to be tested.

This last point is particularly important in the content of ongoing debate regarding the potential harms and benefits of electronic cigarettes. If smoking does turn out to be a causal risk factor for schizophrenia, then whether nicotine or something else in tobacco smoke is identified as the culprit will have an important bearing on this debate, and attitudes towards these products. 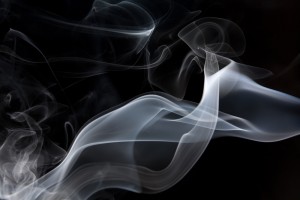 There are several thousand constituents of tobacco smoke; it is possible that some of these alleviate symptoms, while others exacerbate them.