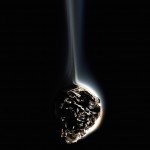 Almost exactly a year ago, a landmark study identified 108 genetic loci associated with schizophrenia (Schizophrenia Working Group of the Psychiatric Genomics Consortium, 2014). In a Mental Elf post on that study I wrote: “Genetic studies also don’t rule out an important role for the environment – [genome-wide association studies] might even help identify other causes of disease, by identifying loci associated with, for example, tobacco use.”

I mentioned this because one of the loci identified is strongly associated with heaviness of smoking. There are two possible explanations for this: either this locus influences both smoking and schizophrenia, or smoking causes schizophrenia.

Smoking and schizophrenia are highly co-morbid; the prevalence of smoking among people with a diagnosis of schizophrenia is much higher than in the general population. It is widely believed that this is because smoking helps to alleviate some of the symptoms of schizophrenia, or the side-effects of antipsychotic medication.

The possibility that smoking itself may be a risk factor for schizophrenia has generally not been widely considered. Now, however, intriguing evidence has emerged that it may be, from a large study of data from Swedish birth and conscript registries (Kendler et al, 2015). 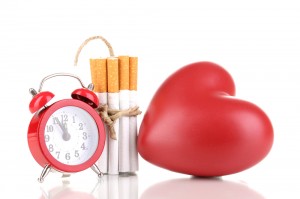 The leading causes of premature mortality in people with schizophrenia are ischaemic heart disease and cancer, both heavily related to smoking.

The authors linked nationwide Swedish registers via the unique 10-digit identification number assigned at birth or immigration to all Swedish residents. Data on smoking habits were collected from the Swedish Birth Register (for women) and the Military Conscription Register (for men). The date of onset of illness was defined as the first hospital discharge diagnosis for schizophrenia or non-affective psychosis.

Cox proportional hazard regressions were used to investigate the associations between smoking and time to schizophrenia diagnosis. To evaluate the possibility that smoking began during a prodromal period (where symptoms of schizophrenia may emerge prior to a full diagnosis), buffer periods of 1, 3 and 5 years were included in the models. In the female sample, data from relatives (siblings and cousins) were also used to control for familial confounding (genetic and environmental).

There was an association between smoking at baseline and a subsequent diagnosis of schizophrenia for:

Taking into account the possibility of smoking onset during a prodromal period also did not weaken these associations substantially, irrespective of whether the buffer period (from smoking assessment to the date at which a first schizophrenia diagnosis would be counted) was 1-, 3- or 5-years. Theoretically, if prodromal symptoms of schizophrenia lead to smoking onset (i.e., reverse causality) the smoking-schizophrenia association should weaken with longer buffer periods.

Finally, the co-relative analyses compared the association between smoking and schizophrenia in the female sample, within pairs of relatives of increasing genetic relatedness who had been selected on the basis of discordance for smoking (i.e., one smoked and one did not). If the smoking-schizophrenia association arises from shared familiar risk factors (genetic or environmental) the association should weaken with increasing familial relatedness. Instead, only modest decreases were observed.

As a validation check on the accuracy of their measure of smoking behaviour, the authors confirmed that heavy smoking was more strongly associated with both lung cancer and chronic obstructive pulmonary disease, two diseases known to be caused by smoking. 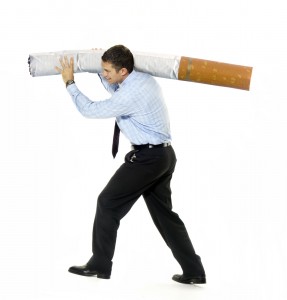 These results show a dose-response relationship between smoking and risk of schizophrenia, i.e. the more you smoke, the stronger the association.

This study provides clear evidence of a prospective association between cigarette smoking and a subsequent diagnosis of schizophrenia. However, observational associations are notoriously problematic, because these associations may arise because of confounding (measured and unmeasured), or reverse causality. Since these analyses were conducted on observational data, these limitations should be borne in mind and we cannot say with certainty that smoking is a causal risk factor for schizophrenia.

Nevertheless, the authors conducted a number of analyses to attempt to rule out different possibilities. First, the associations were weakened only slightly when adjusted for socioeconomic status and prior drug abuse, so the impact of measured confounders appears to be modest (although other confounding could still be occurring). Second, the inclusion of a buffer period to account for smoking onset during a prodromal period also weakened the associations only slightly, which is not consistent with a reverse causality interpretation. Finally, the co-relative analysis did not indicate that the association differed strongly across levels of familial relatedness, suggesting that the impact of unmeasured familial confounders (both genetic and environmental) is relatively modest. 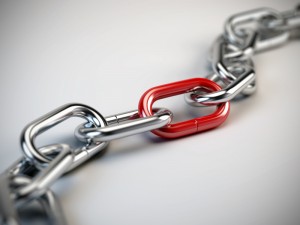 This study provides clear evidence of a prospective association between cigarette smoking and a subsequent diagnosis of schizophrenia.

There are some limitations to the study that are worth bearing in mind: 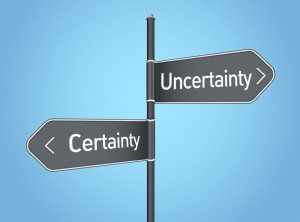 This study is not enough to say with certainty that smoking is a causal risk factor for schizophrenia.

There are three main ways in which the association between smoking and schizophrenia might arise:

This study suggests that the first mechanism cannot fully account for the association; if anything there was more support for the third mechanism, including stronger evidence for a role for familial factors than for socioeconomic status and drug abuse. However, critically, this study also finds support for the second mechanism, including a dose-response relationship between smoking and risk of schizophrenia.

Despite this study’s strengths, and the care taken by the authors to explore the three possible mechanisms that could account for the association between smoking and schizophrenia, no single study is definitive. However, evidence is emerging from other studies that support the possibility that smoking may be a causal risk factor for schizophrenia.

Recently, McGrath and colleagues have reported that earlier age of onset of smoking is prospectively associated with increased risk of non-affective psychosis (McGrath et al, 2015).

In addition, Wium-Andersen and colleagues report that tobacco smoking is causally associated with antipsychotic medication use (but not antidepressant use), in a Mendelian randomisation analysis that uses genetic variants as unconfounded proxies for heaviness of smoking (Wium-Andersen et al, 2015).

Identifying potentially modifiable causes of diseases such as schizophrenia is a crucial part of public health efforts. There is also often reluctance among health care professionals to encourage patients with mental health problems (including schizophrenia) to attempt to stop smoking. If smoking is shown to play a causal role in the development of schizophrenia, there may be more willingness to encourage cessation. Since the majority of the mortality associated with schizophrenia is due to tobacco use (Brown et al, 2000), helping people with schizophrenia to stop is vital to their long-term health. 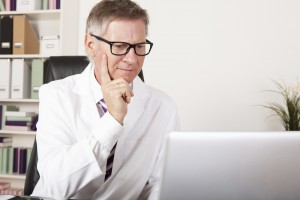 There is mounting evidence that supports the possibility that smoking may be a causal risk factor for schizophrenia.

Wium-Andersen, M.K., Orsted, D.D. & Nordestgaard, B.G. (2015). Tobacco smoking is causally associated with antipsychotic medication use and schizophrenia, but not with antidepressant medication use or depression. International Journal of Epidemiology, 44, 566-577. [Abstract]