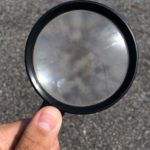 Anorexia nervosa is a serious eating disorder; it is characterised by restriction of energy intake relative to requirements, resulting in abnormally low body weight. It has a lifetime prevalence of approximately 1% and disproportionately affects females. Current treatment options (both pharmacological and psychological) are limited, and as a result the disorder is associated with high morbidity and mortality.

Twin studies have consistently indicated a genetic basis for anorexia nervosa, with heritability estimates ranging from 48% to 74%. However, specific genetic loci associated with anorexia nervosa have not yet been identified. The present study combined data from a number of samples to conduct a powerful genome-wide association study of anorexia nervosa. 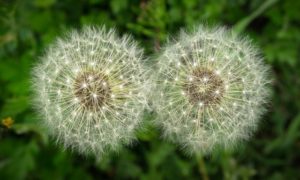 Individual-level genotype and phenotype data were collected from contributing studies. Association analysis was performed under an additive genetic model, and combined across the 12 contributing data sets. The effective balanced sample size was 5,082 case and 5,082 controls, giving >80% power to detect a genotype relative risk of 1.25 at an allele frequency of 0.2 and a P-value threshold of 5 × 10-8.

One locus achieved genome-wide significance for a single variant. The top locus on chromosome 12q13.2 overlaps with six genes (IKZF4, RPS26, ERBB3, PA2G4, RPL41, and ZC3H10) and is located near six additional genes (ESYT1, SUOX, RAB5B, CDK2, PMEL, and DGKA). The top SNP was rs4622308, and there was no evidence of heterogeneity in effect size across cohorts.

The authors also conducted linkage disequilibrium score regression to calculate the heritability of anorexia attribute to single nucleotide polymorphisms (SNPs), and to explore genetic correlations with a number of other traits and disorders. The SNP heritability was 0.20 (SE = 0.021), which is comparable to that which has been observed for other psychiatric disorders. 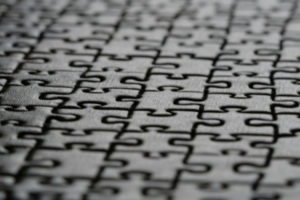 This is the first genome-wide association study to identify an association of a genetic locus with anorexia nervosa.

This is the first genome-wide association study to identify an association of a genetic locus with anorexia nervosa. The estimate of SNP heritability was consistent with those reported for other psychiatric phenotypes, and supports a substantial role for common genetic variation, accounting for approximately one third of the heritability indicated by twin studies. The strong genetic correlations with other psychiatric phenotypes such as neuroticism are in line with clinical observations.

The authors also suggest that their results may explain some observed correlations. For example, the observed relationship between educational attainment and anorexia nervosa has been suggested to reflected greater internal and external demands for academic success. However, the genetic correlation between these variables observed in this study suggests that the association may in fact be due to shared genetic influences.

In particular, the positive correlations observed with “unfavourable” metabolic phenotype (e.g., insulin levels, glucose levels) suggest that metabolic factors may play a role in extreme dysregulation of appetite and weight in anorexia nervosa; in other words, we may need to re-conceptualise anorexia nervosa as a disorder that is both psychiatric and metabolic.

This is a very important study as it is the first to identify a genetic variant robustly associated with anorexia nervosa. However, perhaps the more interesting results are the genetic correlations. It is worth noting that genetic correlations may also reflect a causal pathway, for example from educational attainment to anorexia nervosa risk or vice versa; something I have discussed previously in the context of cigarette smoking and schizophrenia.

Understanding the biological basis of complex psychiatric phenotypes such as anorexia nervosa, and disentangling these influences from causal pathways between various traits and risk factors will be challenging. This study is an important first step towards achieving this, and provides us with the tools to explore both genetic correlations and directional causal effects. It adds to a growing list of psychiatric phenotypes that are beginning to reveal their genetic basis. 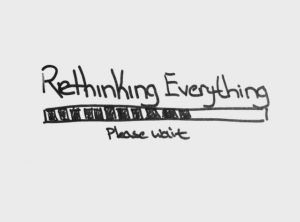 We may need to re-conceptualise anorexia nervosa as a disorder that is both psychiatric and metabolic.

I have an ongoing collaboration with the first author of this study.