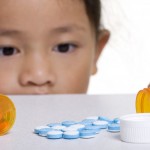 Until fairly recently, it was thought that autism spectrum disorder (ASD; previously known as PDD or pervasive developmental disorder) and attention deficit hyperactivity disorder (ADHD) were two entirely separate childhood-onset conditions and that they could not both be diagnosed in one individual.

Numerous studies in the last decade have shown that, in reality, a number of children appear to have symptoms of both, and in many situations fulfill the diagnostic criteria for both conditions. As such, the latest version of the Diagnostic and Statistical Manual, the DSM-5, which is a book used by psychiatrists to diagnose mental health problems across the lifespan, has allowed for a joint diagnosis to be made. Why this restriction was present in previous versions of the DSM is not entirely clear. Presumably, clinicians and researchers simply made the assumption that the social and communication difficulties and stereotyped behaviours of children with ASD could somehow account for any problems these children might show with hyperactivity, impulsivity or attention. The difficulty with this restriction was that ADHD symptoms in children with ASD were often overlooked and untreated.

Medications, particularly stimulants such as methylphenidate, are frequently and successfully used to treat ADHD. Because of the previous diagnostic restriction and lack of research addressing both conditions simultaneously, it is less clear whether these medications can be used to successfully treat ADHD symptoms in children with ASD. A recent systematic review and meta-analysis aimed to address this issue.

The results of RCTs using methylphenidate were meta-analysed, with the following outcomes examined: The number of studies and participants included in this review was very low, highlighting the need for caution in interpreting the findings and also the need for further research in this area

The results of this review need to be considered in the light of several important limitations: Related to this research, it is also important to consider whether the presence of ASD symptoms in children with ADHD has any effect on treatment, especially given that research suggests that ASD symptoms in these children index a more severe clinical presentation of ADHD and associated behavioural, emotional and cognitive difficulties.

Preliminary results suggest that there may be some benefit of treating ADHD symptoms in children with ASD using the stimulant drug methylphenidate. However, more research is required to determine whether methylphenidate, atomoxetine and other drugs substantially improve ADHD symptoms in children with ASD and if these improvements are worth the risk of adverse side effects.

Reichow, B., Volkmar, F. R., & Bloch, M. H. (2013). Systematic Review and Meta-analysis of Pharmacological Treatment of the Symptoms of Attention-Deficit/Hyperactivity Disorder in Children with Pervasive Developmental Disorders. Journal of autism and developmental disorders, 1-7.