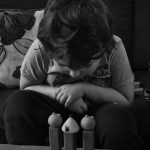 A recent report by the National Institute for Health and Care Excellence (2012) has recommended that individuals with ASD should be offered appropriate psychological treatment for both the core symptoms of ASD and comorbid mental health problems. There is evidence to suggest that intensive behavioural interventions can improve adaptive and communicative behaviour in individuals with ASD. Recent reviews also demonstrate the promising effects of cognitive behavioural therapy (CBT) for young people with ASD and comorbid anxiety disorders.

However, current reviews have not examined the effects of CBT on the primary features of ASD and anxiety disorders, nor have they looked into the effectiveness of such therapy for other mental health problems such as depression. Most of the literature reviewed appears to focus primarily on the benefits of CBT for children and young people with ASD, and not adults. Therefore, the authors aimed to compile a systematic review which examined the effectiveness of CBT across a range of age groups for the core features of ASD and mental health concerns. 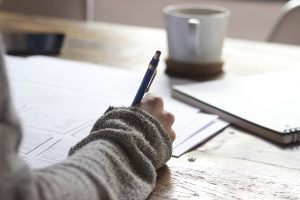 Relevant studies were identified using electronic databases, and were included in the analysis if participants were diagnosed with ASD by a qualified clinician or using a standardised diagnostic assessment.

The studies needed to contain a clinician-led CBT intervention which could either be individual or group based, and included a control group comparison.

Outcomes were measured using validated and standardised measures of either the core features of ASD or mental health symptoms.

The authors also included studies that were non-randomised and which hadn’t been published in a peer reviewed journal.

A total of 48 studies were included in the final analysis.

The authors then analysed the studies based on their outcome measures and across age groups to examine the effectiveness of CBT for affective disorders and the features of ASD. They found a small to medium effect size overall when CBT was used to treat affective disorders associated with ASD, but this varied depending on the outcome measure used. Analysis of self-report measures was associated with a small non-significant effect size whilst informant-report and clinician-rating measures demonstrated a medium effect size, with CBT being superior to control conditions. 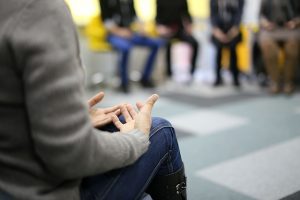 Why do people with Autism Spectrum Disorders receiving CBT report fewer benefits than those delivering treatment?

It appears that in both cases, self-report measures are associated with no significant change in symptoms following treatment. This is in contrast to other forms of report measure. This may be due to the difficulties that individuals with ASD face in identifying and reporting their symptoms. However, the results from informant-report and clinician ratings may be due to the expectations of those observing rather than the CBT producing any real change in symptoms.

Within this analysis there are a number of difficulties that have been identified which will need to be considered when interpreting the above conclusion. The first being the persistently small sample sizes involved in the majority of the studies. As such, the conclusions reached in this analysis are limited in their ability to generalise across the ASD population.

There are also further concerns regarding the validity within the methodology and the increased risk of bias in the studies chosen. The studies themselves lacked good reporting on a number of issues, including participant engagement and missing data. There were also a number of studies that were not randomised and importantly did not report adequate concealment of assessors regarding participant allocation. This leads to a higher risk of bias in these studies and in turn the meta-analysis. There are also difficulties regarding the lack of a primary outcome measure identified in some studies. In a number of cases the authors were forced to pick a primary measure for the analysis at random. However, the authors undertook a quality appraisal of the studies included in the analysis which showed moderate and good agreement for internal and external validity respectively.

The authors also identified a number of strengths with their review. The inclusion of a broader definition of affective disorders aimed to move the conversation away from purely discussing anxiety within this population. The review also benefitted from ensuring that the effects of CBT for a range of age groups were examined.

In conclusion, this review found some evidence for the effectiveness of CBT for both the features of ASD and the comorbid mental health difficulties. However, this effect appears to be dependent on whether you ask those receiving treatment, those supporting treatment or those delivering treatment. 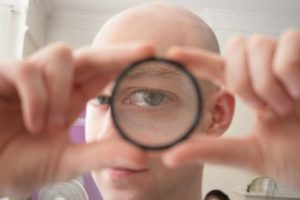 Matson JL, Adams HL, Williams LW, Rieske RD. (2013) Why are there so many unsubstantiated treatments in autism? Research in Autism Spectrum Disorders, 7(3), 466-474

Last reply was September 6, 2019
Try out our members features!