Home » Posts » Treatment » CBT » Should we recommend CBT for depression in people with learning disabilities? 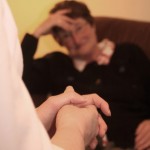 Depression is a widely recognised mental health problem in the mainstream population and a popular theme for blogs on our sister website the Mental Elf (see for example these recent blog posts on mindfulness-based cognitive therapy to prevent depression or antidepressant withdrawal symptoms).

It is therefore all the more important to start identifying and offering evidence-based treatments. While there is some support for antidepressants, this may not always provide a long-term solution for people with learning disabilities who are already prescribed a multitude of drugs. So what about psychological therapies, and cognitive behavioural therapy (CBT) in particular? 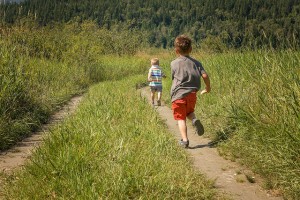 Depression research in people with versus people without learning disabilities: Time to catch up.

The authors conducted a systematic review to identify studies that evaluated the efficacy of CBT for depression. Studies were included in the review if they:

From the 138 studies that were identified through database searches, only five were included in this review:

The evidence on the efficacy of individual interventions comes from:

Both studies adapted the original cognitive therapeutic treatment of depression by Beck et al. (1979) for use with people with learning disabilities, although the particular adaptations were not always clear. However, different outcome measures were used, making it difficult to compare the effects of each intervention. Furthermore, the feasibility study aimed to treat people with depression and/or anxiety with a transdiagnostic manualised intervention, thereby potentially increasing the heterogeneity within their sample and potentially limiting any treatment effects. This was confirmed by the lack of a treatment effect for the overall sample, while the analysis of participants with depression but not anxiety did seem to improve. Meanwhile, the individuals described in the case reports also showed improvements.

All three studies used a control group and generally had larger samples than the studies of individual therapy. The studies used a similar intervention spread over 5 to 12 weeks, with positive outcomes observed in each study. However, as participants generally had only minimal or mild depression, it is uncertain whether these interventions would be as effective for people with more severe depression.

One major drawback of these studies is the lack of appropriate control groups, making it difficult to draw strong conclusions. The authors highlight the possibility that attending regular group sessions, regardless of their therapeutic content, might have been sufficient to improve the social network of its participants and thereby reducing depressive symptoms. 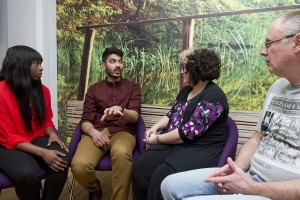 Is group CBT effective because of its social aspects or its therapeutic factors?

Research into the cognitive behavioural treatment of depression in people with learning disabilities is sparse and the available studies share few characteristics in terms of study design, modality of treatment, outcome measures… The authors suggest that ‘individuals with a mild learning disability can access CBT and that it can lead to positive outcomes’.

The authors identified only five studies evaluating CBT for people with learning disabilities, which is somewhat limited, and the methodological quality of these studies varied greatly. However, this could be expected given the unfortunate timing of this systematic review. A previous systematic review and meta-analysis that included studies of CBT for depression was published just two years earlier (Vereenooghe et al., 2013), while the present review included one additional study with a between-group design and one report of two case studies. Including case studies in systematic reviews can be somewhat problematic as they tend to induce a publication bias in the results: case reports of unsuccessful treatments can be difficult to publish and are hence underrepresented.

The poignant lack of intervention studies with people with learning disabilities and the small sample sizes have been highlighted by the authors as they list the main difficulties in recruitment and challenges to study designs. This point has been reinforced by Langdon (2015), who, in his commentary on the original review, touches upon the routine exclusion of people with learning disabilities from clinical trials of CBT and other psychological therapies.

The inclusion criteria for this review required studies to use a cognitive or cognitive-behavioural intervention. However, as the authors pointed out, three of these studies were focused on developing a social network as a means of reducing depressive symptoms. For most studies, the exact proportion of cognitive and behavioural techniques was not clear. In this respect, it would have been interesting to include other interventions such as behavioural activation.

Furthermore, the authors make a strong case when they discuss the variability in and limitations of the available outcome measures. There is a need for assessments of depression that have been validated for use with people with learning disabilities.

On a positive note, following this review a new pilot study of CBT for depression has just been published (Hartley et al., 2015). 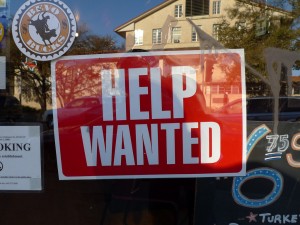 We need validated assessments of depression.

There is too little data to answer this question but some people with mild to moderate learning disabilities showed some improvement.

Participants’ mood did improve following group CBT. However, because the studies didn’t control for social/environmental factors, any additional treatment participants received, and treatment fidelity of the trained lay-therapists, it is not possible to say whether the specific CBT components were responsible for the observed treatment effects. 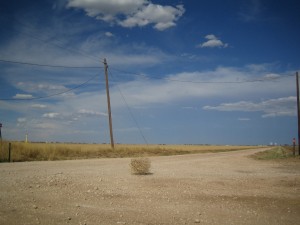 Evidence is urgently needed to help people with learning disabilities who have depression.

Langdon, P.E. (2015). Commentary on “The use of cognitive behaviour therapy to treat depression in people with learning disabilities: A systematic review”. Tizard Learning Disability Review 2015 20(2) 65-68. [Abstract]