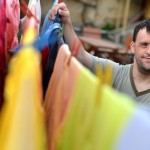 The purpose of this study was to examine, through a process of systematic review, both the frequency and the nature of depression in the population of people with Down syndrome.

This review focused on studies that included male or female participants with Down syndrome, across all ages. The authors were interested in primary research with a focus on the prevalence, nature and presentation of depression in people with Down syndrome. They used a broad set of search terms in an effort to identify as many relevant studies as possible.

To provide an objective assessment of the quality of the studies identified the team used a framework developed specifically to identify the quality of depression screening tools for people with learning disabilities.

Due to the diverse nature of the studies selected and the relatively small sample sizes the reviewers were only able to undertake a qualitative review of the studies. 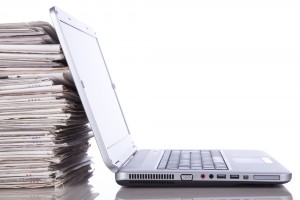 The authors were interested in primary research with a focus on the prevalence, nature and presentation of depression in people with Down syndrome

An initial database search resulted in 624 studies that potentially met the inclusion criteria. Following further sifting and review these were reduced down to 8 studies selected for inclusion.

Of the 8 studies selected 5 were cross-sectional studies, all except one did not differentiate between participants’ level of learning disability.

The remaining 3 studies looked at the prevalence and presentation of depression in people with Down syndrome over specified periods.

The results of all of these studies were synthesised as follows:

1. Prevalence and incidence of depression

In all the studies the source of the sampled population is also shown to be important.

Also of importance was the age range of the sample group and the studies indicated that in lower age groups the frequency of depression was shown to be lower.

The symptoms of depression in people with Down syndrome that were reported across the studies were diverse. In Cooper and Collacott (1994) reduced interest/ pleasure, depressed affect, psychomotor impairment, loss of energy and appetite/weight disturbance were reported. However in Myers and Pueshchel’s (1995) much smaller study they observed sad effect and lack of interest as the most common symptoms of depression.

Other symptoms noted by Capone et al., (2011) related to changes in function (including apathy, abulia, anhedonia and mutism) as opposed to significant changes in mood or psychosis.

It is a challenge to diagnose depression in the general population and challenges in communication experienced by people with Down syndrome may exacerbate this and lead to further diagnostic challenges.

The studies selected for this review reported a wide range of symptoms of depression, ranging from changes in function to mood changes and increased sad effect. 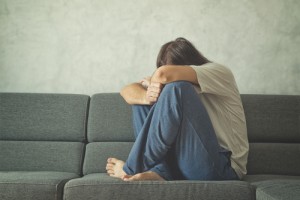 This is an important study as it powerfully describes the importance of good quality evidence in supporting the diagnosis of depression in the population of people with Down syndrome.

The review findings were limited by the diversity of studies that met the inclusion criteria – and while the review is effective in highlighting areas for further research the reviewers acknowledge that drawing firm conclusions from the synthesis is difficult.

A major bias of the studies included in the review derives from the application of different criteria for diagnosing depression in people with Down syndrome. In all but one case the tools applied were developed for diagnosis in the general population. It is suggested by the authors that this contributed to differential diagnosis rates across the studies.

The necessary exclusion criteria applied are also highlighted as a limitation in the review, particularly in relation to the association between challenging behaviour or dementia and depression in people with Down syndrome. For example the review findings showed that the indicators of depression identified in these studies may also link to early identification of dementia which requires further investigation.

This systematic review delivered a well-structured and rigorous synthesis of current the research and it has presented some useful information on the prevalence and the range of possible indicators of depression in people with Down syndrome.

However the research highlights important gaps in the literature around depression and Down syndrome and emphasises the need for larger cohort studies to enable robust analysis of the nature, presentation and developmental aspects of depression in this population.

This will also help build a better understanding of the possible link between depression and dementia for this population.

Diagnostic overshadowing has been identified as a significant barrier to effective diagnosis of mental health problems (NHS Health Scotland, 2004) which can lead to unequal access to appropriate therapeutic interventions. This can exacerbate health inequalities experienced by people with learning disabilities.

Depression is difficult to diagnose, its symptoms are broad and it can be difficult to differentiate between ‘clinically significant’ and normal mood changes. This is compounded with people in the Down syndrome population due to communication challenges.

The review does draw some preliminary findings that can help to raise awareness among practitioners of the possibility of depression as a potential diagnosis. 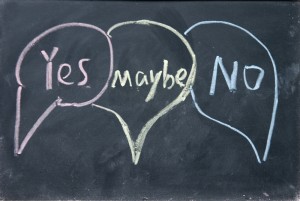 Diagnostic overshadowing, along with the breadth of symptoms and communication issues can make it dificult to differentiate between ‘clinically significant’ and normal mood changes

Last reply was 10 months ago