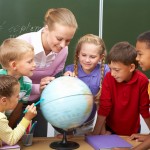 As teachers across the UK have been recharging their batteries over the summer break are they also taking the opportunity to rest their weary bodies?

Most work-related musculoskeletal disorders (MSDs) develop over time and are caused either by the work itself or by the employees’ working environment. It is reported that 24.7% of European workers complain of backache, 22.8% of muscular pains, 45.5% report working in painful or tiring positions while 35% are required to handle heavy loads in their work.

But what is the risk for school teachers of developing musculoskeletal disorders? The aim of a review by an Australian group, published in the open access journal BMC Musculoskeletal Disorders, was to critically analyse the literature and report on the prevalence of MSD and possible associated risk factors in the teaching profession.

The authors undertook a search of databases in 2011 for empirical research, case studies and literature reviews published in peer reviewed English journals. They included studies which reported on the prevalence and/or risk factors for musculoskeletal disorders in the teaching profession with a focus on nursery, primary and secondary school teachers and teachers of physically and mentally handicapped children.

Teachers are at risk for developing musculoskeletal disorders. The prevalence among them is not uniform. Primary and secondary school teachers appear to be more prone to neck, shoulder and back pain.

Teachers don’t appear on the European Agency for Safety and Health at Work ‘occupations most at risk’ list as the data for the education sector on which this was based reveals very low rates of musculoskeletal disorders (MSDs). According to the ‘Third European Survey on Working Conditions 2000’ the rate of musculoskeletal illnesses in education, expressed as a percentage of the total days of absence caused by health problems, is 35%. This is lower than the findings of this review where self reported MSDs ranged from 39% and 95%. Therefore the European Agency for Safety and Health at Work assume that the risk of developing MSDs is low in the education sector compared with other sectors such as construction (60%). Education workers are deemed to have low exposure to repetitive hand and arm movements, and very few are at risk from carrying heavy loads. Typically, the tasks are neither repetitive nor static and teachers can freely change their posture and generally carry light loads. 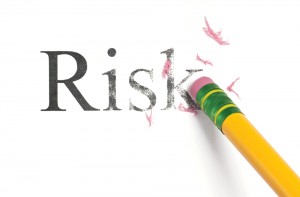 Even thought the rates may be considered low, prevention of musculoskeletal disorders in the education sector should not be neglected.

However, even thought the rates may be considered low, prevention of musculoskeletal disorders in the education sector should not be neglected. European Union legislation does not offer any special rules for education, but some general Directives and standards can be applied to the sector. These include minimum safety and health requirements for; the workplace, manual handling of loads, working with display screen equipment, and organisation of working time.

This review focused on nursery, primary and secondary school teachers and teachers of physically and mentally handicapped children. What about university academic staff? Is there an assumption that prevalence will be similar? Send us your views on this blog and become part of the Musculoskeletal Elf community.