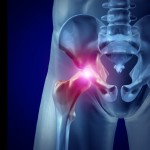 An elf friend had been suffering from hip pain due to the bones in their hip joint being a slightly different shape, causing pinching and shearing forces to occur at the labrum. The labrum is a ring of cartilage following the rim of the socket and acts like a rubber seal to helps keep the top of the thighbone securely in place. Physiotherapy management had not worked so surgery was planned. We wanted to recommend the best intervention so we researched the latest evidence to allow an informed decision.

They looked for comparative studies written in the English language, published in MEDLINE, Embase and Pub Med databases using a comprehensive search strategy. The methodological quality of the studies was graded using MINORS, CONSORT checklist and GRADE criteria by two reviewers independently. They identified six studies out of 325 that met the inclusion criteria: five cohort studies and 1 randomised controlled trial. These contained a total of 490 patients, 221 were treated with labral debridement and 269 treated with labral repairs – arthroscopic (keyhole) or open surgery. Indications for surgery were stated in three studies, arthroscopic technique was used in five articles and open approach used in two.

There were 14 reported clinical outcomes, the most commonly reported outcome measure was Modified Harris Hip Score (MMHS). Included studies used a combination of clinical and radiographic outcome measures which prevented further pooling. A total of 10 complications were noted overall but none of these occurred in arthroscopic labral repair.

Labral debridement or labral repair can be used to treat tears associated with FAI. This review however, found improved short-term clinical outcomes, a decreased failure rate and fewer complications with labral repair.

The mean individual study quality can be considered fair but overall the quality of evidence was low according to GRADE guidelines, these results should be interpreted with caution and further high level comparative studies conducted. 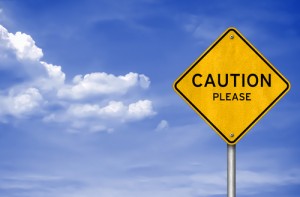 The systematic review was based on a search of only three databases, narrowing the scope of articles reviewed, authors elected to search for studies written in English only which may introduce bias.

The reporting of number of patients involved in the study was inconsistent and lacked transparency. Included studies used an average of less than three years follow-up period thus the long-term success of surgical management of labral tissue remains unknown.
As discussed by the authors, many factors such as type of tear, tissue quality, general health and compliance with rehabilitation will all have an impact on post-operative prognosis.