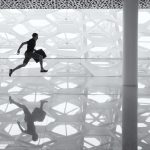 Epidemiological studies suggest that over the course of our lifetime, up to 5% of us will suffer from an eating disorder; a set of psychiatric conditions characterised by severe mental and physical health comorbidity and high mortality rates, often as a result of suicide (Treasure et al, 2010).

Based on the best available evidence, the 2004 NICE guidelines for eating disorders (an updated version is expected for May 2017) recommend a number of effective psychological interventions, such as cognitive analytic therapy (CAT), cognitive behaviour therapy (CBT), interpersonal psychotherapy (IPT), focal psychodynamic therapy, and family based therapy (FBT) (NICE, 2004). However, although these interventions work for the majority of patients, a substantial proportion of them (up to 27%) do not seem to respond favourably and never fully recover (B-Eat, 2016).

Early response to psychological therapies (defined as “clinically meaningful improvements in eating disorder symptoms within the first half of treatment”) (Linardon et al, 2016, p. 906) has consistently shown to predict improvements in behavioural and cognitive symptoms at end of treatment and follow up. However, it is less clear which factors (e.g., individual and/or clinical) predict rapid response and whether the effect of the latter varies across a number of clinical characteristics.

A recent meta-analysis published in the International Journal of Eating Disorders (Linardon et al, 2016) has attempted to summarise the available evidence on this issue, asking the following questions: 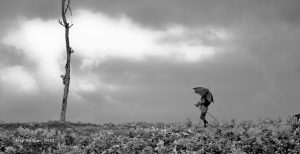 More than one in four people with eating disorders don’t respond well to treatment and never full recover.

The authors searched a number of databases (Medline, PsychINFO, Web of Science, CINAHL, EMBASE and the Cochrane Database) for relevant studies and followed PRISMA guidelines in reporting results. Since all studies included employed a different definition of rapid response, the latter was defined in the main meta-analysis as any clinical improvements at mid-treatment.

In order to be able to compare effect sizes (i.e., the difference in outcome between people with and without rapid response to treatment) across different studies and designs, the authors converted all measures employed to correlation coefficients. To test for publication bias (i.e., the possibility that only studies presenting significant associations are published) they used an indicator of how many studies finding non-significant results should have been published for the overall effect to be no longer observed (the higher the number, the more plausible it is that there is no publication bias).

The literature search returned 3,416 studies. After removing duplicates and those who were not relevant to their research question, the authors were left with 34 articles, which were all included in a systematic review of the literature, although only 25 qualified for inclusion in the meta-analysis.

The main meta-analysis found that rapid response was associated with moderate improvements in behavioural and cognitive outcomes, both at end of treatment and follow up, although there was some evidence of variation in estimates between studies (i.e., heterogeneity). There was no evidence of publication bias.

2. Which factors moderate the association between early response and outcomes?

The effect size was, however, greater for studies that defined their outcome as a reduction in bingeing and purging behaviours as opposed to only bingeing behaviours.

Rapid weight gain was found to be an important predictor of end of treatment weight restoration based on a review (but not a meta-analysis) of the only three studies investigating this.

With the exception of lower shape concerns, which were associated with rapid response to treatment, they found that the effects of all other variables were small, not significant, and didn’t vary across definitions of rapid response. 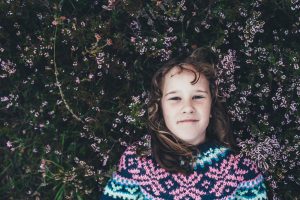 Rapid response strongly predicted better cognitive and behavioural outcomes at the end of treatment and at follow-up.

In light of these findings, the authors argue that:

Early stages of treatment are a critical period for long-term success and, therefore, clinicians should invest considerable time and resources towards ensuring that their clients achieve an early change
(Linardon et al, 2016, p. 916)

They also call for more theory-driven (as opposed to convenience-based) research to better understand which factors predict rapid response, so that clinicians can better tailor treatment to their clients’ needs.

The study is an important piece of research expanding on the evidence base around best practices in the treatment of eating disorders and highlighting gaps and weaknesses of current eating disorder treatment research, which have also been stressed in previous blog posts.

As noted by the authors, one of the main limitations of this study lies in the different times at which treatment response was measured across studies; with some studies measuring it as early as 1 week and others up to 6 weeks from the start of treatment. Whilst for the purposes of their review the choice to override these differences was necessary, it is likely to have contributed to the heterogeneity observed between studies.

The analyses of predictors of rapid response also included a small number of studies, which is likely to result in small analytical power. Therefore it is possible that differences exist that the current review was not able to detect.

Finally, it would have been interesting to know whether patients included in any of those studies were receiving any medication.

Personally, I thought that one last limitation (not of this research, but of the current literature) was the very small number of studies employing cognitive markers of rapid recovery in patients with anorexia nervosa. Whilst weight restoration is often a pressing clinical goal for these patients, it would be interesting to explore to what extent early improvement of eating disorder cognitions can result in weight restoration and sustained recovery. 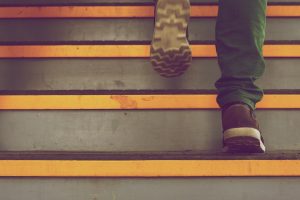 The next step for researchers may be to identify within-treatment predictors of rapid response.