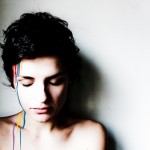 Eating disorders, which include anorexia nervosa and bulimia nervosa, are often severe mental health conditions with peak onset during adolescence and early adulthood.

Anorexia nervosa is a complex eating disorder characterised by the affected person’s refusal to maintain their weight at or above the minimum normal for their age and height, an intense fear of gaining weight and a disturbance in the way in the individual perceives their weight or shape. There’s more to it than that. It’s complex.

Bulimia nervosa is a complex eating disorder characterised by the affected person’s repeated episodes of binge eating and accompanying inappropriate attempts to compensate for this (e.g. self-induced vomiting, laxatives, fasting, or excessive exercise) in order to prevent weight gain. As occurs in anorexia nervosa, the person’s self-evaluation is overly influenced by their shape and weight disturbance, although to be diagnosed as having bulimia nervosa, the binging and compensatory episodes shouldn’t only occur during episodes of anorexia nervosa. Again, it’s complex.

As with all mental health problems, eating disorders are associated with an increased risk for self harm and suicide in the people who have them. Approximately 9% of all people with eating disorders report having serious thoughts of attempting suicide at some point in their lives and 3% actually make a suicide attempt. For suicide mortality, people with borderline personality disorder, depression, bipolar disorder, opioid use and schizophrenia, as well as anorexia nervosa and women with alcohol use disorder, have been found to have substantially increased rates (greater then 10 times) compared with the general population. Based on meta-analyses (analysis of analyses), approximately 20% of premature deaths in patients with anorexia nervosa are as a result of suicide. It’s complex and dangerous. 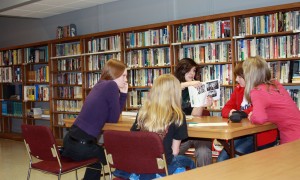 Approximately 20% of premature deaths in patients with anorexia nervosa are as a result of suicide.

The occurrence of eating disorders and suicide attempts tends to cluster in families. If a person’s relative has an eating disorder and/or has attempted or completed suicide, that person is more likely to have an eating disorder and/or attempt or complete suicide. Exactly why this occurs is unfortunately not currently clear. It should be noted of course that this lack of scientific information shouldn’t mean we stop trying to empathise. If you can’t empathise, then I can’t even begin to imagine how that feels.

In order to examine the association between eating disorders and suicide attempts and whether familial risk factors contribute to the association, a study was completed. The study you’re about to read about. 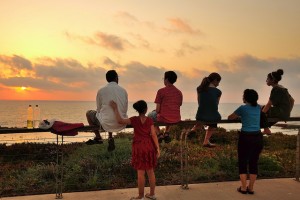 The occurrence of eating disorders and suicide attempts tends to cluster in families.

Information was acquired from Swedish national registers to include all individuals born in Sweden between 1st January 1979 and 31st December 2001 in the study analysis. They were followed from age 6 years to 31st December 2009 when the youngest individuals were aged 8 years and the oldest individuals were aged 30 years. Individuals’ data regarding the presence of an eating disorder diagnosis and suicide attempts were analysed with reference included to their biological full siblings, maternal half siblings, paternal half siblings, full cousins, and half cousins. Research; fun for all the family.

Records regarding eating disorder (as well as other psychiatric illness) diagnoses were obtained from various records including the National Patient Register and the Swedish National Quality Assurances Register for Specialized Eating Disorder Treatment. Diagnoses were recorded according to the Swedish versions of the International Classification of Diseases (ICD, 8th, 9th and 10th editions).

The data were then analysed to evaluate the association between eating disorders and suicide attempts and the extent to which family factors contributed to any association found.

Individuals with any eating disorder had an increased risk (reported as odds ratio [OR]; 95% Confidence Interval [CI]) of:

Similar results were found for anorexia nervosa and risk for:

The associations remained significant even after adjusting for the influence of major depressive disorders, anxiety disorder, and substance use disorder occurring at the same time as an eating disorder:

Adjusting for the influence of other mental illnesses decreased the apparent size of the association between eating disorders and suicide, with the greatest reduction occurring when accounting for the influence of major depressive disorder followed by anxiety disorder and substance use disorder. Similar patterns were found for anorexia nervosa and bulimia nervosa in both sexes. No sex differences were observed in the association between eating disorders and suicide attempts.

Similar patterns were found for anorexia nervosa and bulimia nervosa. 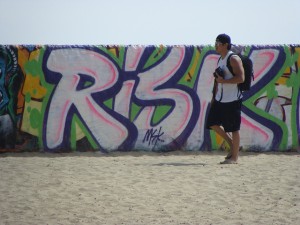 Study participants with any eating disorder had an increased risk of suicide attempts and death by suicide. 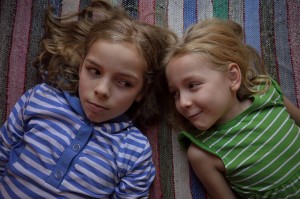 Individuals who had a full sibling with any eating disorder had an increased risk of suicide attempts.

Only the cases of people who sought or received treatment for an eating disorder would be captured by the registers analysed in this study. There are therefore likely to be many individuals with eating disorders who were not included in the study. We have no idea how this may have influenced the results. Similarly there are likely to be many suicide attempts and completed suicides that went unrecorded or recorded incorrectly. Again, we don’t know how this would affect the results because of the reason of not knowing them.

The authors note that the rate of people with eating disorders in this study was lower than was found in other studies. There is a risk therefore that this population is not representative of the general population. Or that other studies weren’t representative. Either way, something may not be representing appropriately. This difference could be the result of register data only featuring people with eating disorders who received treatment or increasing coverage of the eating disorder registers. A proportion of people with bulimia nervosa may not have been noted in the data as a result of the diagnosis not being available in the Swedish version of the ICD-9 classification system. It’s all well and good finding Wally, but if there’s an equally important person called Sally that you’ve no intention of looking for and don’t even know she exists, you’re not going to find her.

Despite the large sample size and long follow-up period, the authors note that the study did not have enough statistical power to clearly differentiate genetic from family environmental effects. Larger studies and more effective designs are needed for this. So the findings are basically put down to maybe possibly being associated with your relatives in some way probably. In addition, no specific genetic factors or family environment factors are specified. Perhaps the exact nature of these associations will be explored in future studies. One piece of research can’t investigate everything after all. 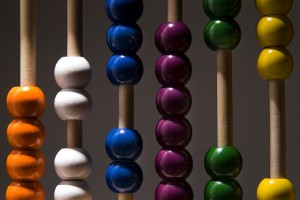 The study did not have enough statistical power to clearly differentiate genetic from family environmental effects.

This is a semantic argument, but the word “liability” used in this study has unfortunate implications. Being liable often refers to being legally responsible for something or in the very least, likely to put any associated people at a disadvantage. If you’re saying the link between suicide and eating disorders is genetic, then you can hardly hold families responsible for that. You can’t choose your genes as the old saying definitely goes. Stating families are “liable” for environmental factors is probably more likely to be true, but may make them less likely to approach others for help if they think they’ll get blamed for their relation’s eating disorder or suicide attempt.

Finally, it could be argued that clinically, this study will have little impact. It is already known that people with eating disorders and their close relations are at higher risk for suicide. Physicians or other health professionals responsible for the care of these vulnerable groups should already be vigilant with regards to this risk. Knowing that the risk might be due to genes or might be due to some vague family environment which is never specified is probably not going to affect this, no matter how interesting the results. To be fair, the authors never state any intention to have clinical impact with these results, although they do say the results from studies like theirs are useful in providing more reliable estimates of the risk of suicide and informing clinical decision making in suicide prevention. Again, no one piece of research can solve it all.

People with eating disorders and their close relations are at increased risk for attempting and/or completing suicide. This might be due to (unknown) genetic or (unspecified) family environmental factors. Either way we need to consider the people as people, rather than disorders or a collection of risk factors, and think about how best to help them with their distress and dangers they’re exposed to. Does this study help with that? Not really, but we can’t really hold the authors liable for that. 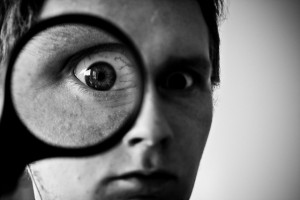 See the person, not the disorder.