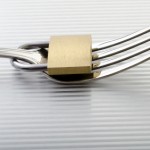 The rates of morbidity and mortality in eating disorders are thought to be high, but the exact rates were not known before this meta analysis published in the Archives of General Psychiatry.

The authors set out to systematically compile and analyze the mortality rates in individuals with anorexia nervosa, bulimia nervosa, and eating disorder not otherwise specified (EDNOS).  They conducted a systematic literature search and selected English language peer reviewed articles published between January 1, 1966, and September 30, 2010, that reported mortality rates in patients with eating disorders.  They found 36 quantitative studies with sufficient data for extraction.

The studies reported outcomes of:

The weighted mortality rates (ie, deaths per 1000 person-years) were:

The standardized mortality ratios were:

One in 5 individuals with anorexia nervosa who died had killed themselves.