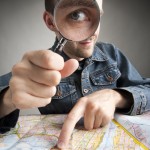 If psychiatry is Cinderella, eating disorders (ED) are her even more impoverished younger sister, especially in terms of evidence-based treatments for adolescents and young adults. This paper “maps the evidence” of just how bad things are.

Evidence mapping, unlike systematic review or meta-analysis, doesn’t aim to synthesise results, but just to describe the current state of play, and make the literature “accessible, digestible and usable” (not unlike the elves).

They included all RCTs (randomised controlled trials) and CCTs (controlled clinical trials), systematic reviews and meta-analyses, with a mean participant age of 12-25 years (or where an adolescent/young adult sample was specified) designed to study:

They devised appropriate search terms and searched in three major databases. They were careful not to double count trials where results had been published in more than one paper. Usefully, there is an online searchable database of the included studies. Where they found any meta-analyses or reviews, they summarised their conclusions. This evidence mapping study did not synthesise the published research, but simply presented it for readers to easily see what high quality evidence is out there.

I have summarised the results in a table as this seems to me to be a clearer way to present the results. I have highlighted all prevention, treatment (biological and psychological) and relapse prevention trials, and also given numbers for the most frequently occurring types of treatment investigated.

Published evidence for the prevention and treatment of eating disorders Only 2% of the evidence we have highlighted on this website in the 3 years since we launched is about eating disorders. A sad reflection of the amount of good quality evidence being published in the field.

The authors say the results show that:

Promising interventions for this population have been identified, [but] gaps exist and the body of evidence has not firmly established which interventions are most effective.

The paper is thorough and the methodology appropriate. The authors note that they did not review the methodology of included papers, so studies with methodological flaws may be included. This should be addressed by any meta-analyses that are conducted. I would have liked to see an attempt to scan reference lists and contact researchers in the field to try to access any unpublished studies, as publication bias is likely to mean that studies finding no difference between treatment and control groups are less likely to be published.

I agree entirely with the authors’ conclusions. This is a call to arms for researchers and funders to synthesise the existing evidence and fund and conduct well-designed RCTs of prevention programmes including more than psychoeducation, head-to-head trials of different therapies for AN, interventions to treat BED and EDNOS, and to prevent relapse.

Eating disorders are serious illnesses. They cause a huge amount of distress and are associated with a significant increase in mortality (Arcelus et al, 2011) (see also the Mental Elf blog on this paper). We need to have a better understanding of what treatments work. Doing nothing is not an option. Who will lead the rallying cry for eating disorders research?