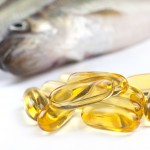 The standard treatment for periodontitis involves subgingival debridement and effective supragingival biofilm control. Treatment failures are thought to stem from a failure to reverse biofilm dysbiosis and to control inflammation so adjunctive antimicrobial agents and immune modulates have been examined. In recent years omega-3 polyunsaturated fatty acids have been investigated for potential roles in health promotion and disease risk reduction including as an adjunctive therapy to periodontal treatment.

The review protocol was registered on Prospero and searches undertaken in the Medline/PubMed, Embase and LILACS databases Randomized controlled trials (RCTs) comparing the use of dietary omega-3 fatty acids as an adjunct to non-surgical periodontal treatment compared to non-surgical periodontal treatment alone With at least 3-months follow-up were considered. The primary outcomes were changes in clinical attachment level (CAL) and periodontal probing depth (PPD). Two reviewers independently screened and selected studies extracted data and used the Cochrane risk of bias tool to assess study quality, disagreements were resolved with a third reviewer. Random-effects meta-analyses were conducted with data being pooled as weighted mean difference (WMD).  andthe Grades of Recommendation Assessment, Development and Evaluation (GRADE) approach used to assess overall certainty of the evidence.

In individuals with periodontitis, the use of omega-3 supplementation as an adjunct to SRP can provide additional benefits in CAL gain and PPD reduction, compared with SRP alone.

The authors published a protocol on the Prospero database and undertook searches of 3 databases following a standard systematic review approach.  While 10 studies were included, they are generally small with follow up periods ranging from just 2-6 months although a majority were assessed as being at low risk of bias. The findings show a statistically significant improvement for PPD, CAL and BOP but not for the gingival index (WMD = 0.22 (95%CI: -0.0 to 0.39) however whether this a clinically important benefit is a matter of debate.  The authors note that a clinical outcome of the percentage of patients who achieved the clinical endpoint of ≤4 sites with PD ≥ 5 mm has been suggested as a potential objective clinical outcome which may be helpful in future if more widely adopted.

Periodontitis: Systemic antimicrobials as an adjunct to non-surgical treatment

Statins as an adjunct to periodontal treatment?