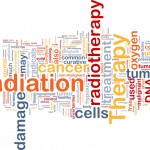 Osteoradionecrosis occurs in previously irradiated bone; it can be defined as an area of devitalized and exposed bone that fails to heal over a period of three to six months in the absence of local neoplastic disease. Clinical appearances vary from asymptomatic bony exposures in early stages to secondary infection, pain, fistulas and pathological fractures.  A higher incidence of around 12% was reported before the late 1960s with recent studies suggested an incidence of about 3% although under-reporting may be an issue.  While osteoradionecrosis (ORN) is an uncommon complication it has a significant impact on morbidity and quality of life.

The aim of this Cochrane review was to assess the effects of interventions for preventing osteoradionecrosis of the jaws in adult patients with head and neck cancer undergoing curative or adjuvant (i.e. non-palliative) radiotherapy.

Randomised controlled trials (RCTs) or quasi-RCTs in head and neck cancer patients 18 years and older who had undergone curative or adjuvant radiotherapy to the head and neck and had who had received an intervention to prevent the onset of ORN were considered.  Interventions were to be independent of their cancer therapy.  Two reviewers independently selected studies extracted data and assessed risk of bias using the Cochrane domain-based tool. The authors of included studies were contracted for missing data and standard Cochrane methodological approaches followed.

Given the suboptimal reporting and inadequate sample sizes of the included studies, evidence regarding the interventions evaluated by the trials included in this review is uncertain. More well-designed RCTs with larger samples are required to make conclusive statements regarding the efficacy of these interventions.