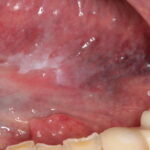 Patients with T1-2 OSCC will receive surgery and radical radiotherapy however when surgery is the first choice, the decision to undertake an elective neck dissection (END) or neck observation (OBS) is centre dependent with no universal consensus. There have been several studies (including randomised control trials) that have aimed to determine which approach is superior however, no significant results have been determined.

Therefore, the primary aim of this study was to conduct a systematic review and meta-analysis of all studies on END and OBS in patients with cT1-2 N0 OSCC.

Electronic databases of PubMed, Embase and the Cochrane libraries were searched. The title, abstract and full text of all identified articles were independently read by two reviewers. There were a range of inclusion criteria for studies to be included in the meta-analysis such as no prior-treatment before surgery, regular follow-ups and reporting of outcomes of END or OBS.

All included studies were assessed for quality by two independent reviewers. For randomised control trials, the Cochrane risk of bias tool was used and the quality of retrospective studies assessed using the Newcastle-Ottawa Quality Assessment Scale.

Odds ratios of neck nodal recurrence and their 95% confidence intervals were calculated for each study. Hazard ratios with their 95% confidence intervals were used to calculate survival outcomes of disease-free, disease-specific and overall survival. These were extracted from articles or calculated from articles that listed Kaplan-Meier curves. Statistical heterogeneity between studies were calculated using the Cochrane Q test and I2 statistic. Begg’s test and Egger’s test were used to evaluate publication bias.

Previous studies have drawn limited conclusions in determining the impact of elective neck dissections on prognosis in patients with T1-2 oral squamous cell carcinomas. This well conducted meta-analysis utilised broad searches to maximise study retrieval and used hazard ratios to calculate survival outcomes. Additionally, statistical adjustments were made for studies with significant heterogeneity, identified through sensitivity analysis. The results show that elective neck dissection significantly reduces the risk of neck nodal recurrence in cT1-2 N0 OSCC with those patients having a significantly higher disease-free survival. A similar study (Dental Elf – 29th Jan 2020) compared local resection of T1-2 oral squamous cell carcinoma with or without neck dissection. Their results demonstrated that patients who underwent a neck dissection had improved 5-year overall survival and 5-year disease free survival rates compared to patients with resection alone. A further meta-analysis of randomised control trials involving the use of elective neck dissection demonstrated for overall survival, a reduction in the risk of death and with disease-free survival, a reduction in the risk of recurrence/death.