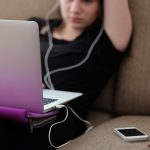 Cognitive Behavioural Therapy (CBT) has become a popular approach to the treatment of mood disorders, and has traditionally been delivered face-to-face by a trained therapist. However, it is a sad reality that access to face-to-face therapy can be slow, and there are specific populations that are known to be routinely under-served, including those living in rural areas (Griffiths et al, 2007). Lengthy waits for treatment might by themselves, lead to poorer outcomes, and hence how to improve speed of access to psychotherapy is an important question.

Internet-based CBT (iCBT) represents a radical alternative to in-person psychotherapy; it is typically delivered as an educational computer package inviting engagement over several months, which presents selected concepts drawn from CBT practice, along with material that helps a user to link these into their own experience of life. The underlying hypothesis is that exposure to this material can by itself help a user to make positive changes to their own cognition and behaviour, and hence support their recovery.

Work to enhance iCBT packages continues; current examples with significant user-bases include Beating the Blues, SilverCloud and MoodGym. iCBT raises a possibility of offering almost immediate access to potentially therapeutic material, and hence to enhance the outcomes of treatment for some if effective.

The efficacy of iCBT as a treatment for a variety of mood disorders has been a topic of research for more than a decade. An early RCT provided evidence for the efficacy of Beating the Blues as a treatment for depression, and led to it being the subject of a recommendation by the UK National Institute of Clinical Excellence (NICE, 2009), and hence subsequently deployed on a large scale within the UK NHS. However, the REEACT trial (Gilbody et al, 2016) found no evidence for any benefit above and beyond “standard GP care” of treatment by Beating the Blues or MoodGym. The efficacy of self-guided, as opposed to supported, iCBT is of particular interest due to it having a particularly low cost of provision. As such, further research into this topic is very welcome. 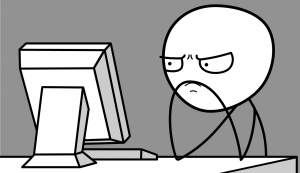 The REEACT trial found that computerised CBT programmes conferred little or no clinical benefit when offered in addition to usual GP care.

The paper reviewed in this blog, published yesterday in JAMA Psychiatry, presents what is arguably a major new meta-analysis of studies into the efficacy of self-guided iCBT as a treatment for depression (Karyotaki et al, 2017). The authors collected and analysed individual patient data from 13 prior studies, leading to a meta-cohort of 3,876 adults.

Meta-analysis work around mental health studies can be challenging, due to the range of diagnostic tools and outcome measures used, but the authors appear to have found a reasonable approach to integrating studies with different design. I would have appreciated more information about the control measures used across the 13 studies, and an analysis of their compatibility. Controls are currently identified as no treatment, usual care, waiting list or attention placebo, with no formal definition of these terms – I found this list to be somewhat cursory, and not necessarily comprehensible to a reader not familiar with this specific literature.

The meta-analysis does not differentiate between the various software packages involved in the underling studies, and does not discuss the appropriateness of treating these packages as a single category amenable for consideration through a meta-analysis. As a researcher with an interest and expertise in Human-Computer Interaction, I believe there to be quite a profound difference between the design of a first-generation iCBT package such as MoodGym, and a more recent offering such as SilverCloud. More recent packages have necessarily learned from the design of earlier ones; whether these should all then be considered as belonging to the same category of treatment is therefore an open question, which should at least be openly discussed in a paper of this nature.

The authors indicate that heterogeneity across studies was moderate to high, and significant.

A secondary result is that treatment response was not moderated by a broad range of socio-demographic or clinical characteristics tracked by the researchers across their chosen studies. All statistical tests use p=0.001 as a significant level.

The authors did identify adherence to treatment as a moderating factor; a substantial body of prior literature has highlighted early drop-out as a substantial challenge to the usage of iCBT as an approach to treatment (e.g. Melville et al, 2010), and hence it is useful to see evidence that sustaining engagement with a treatment does lead to better outcomes.

Working from their analysis, the authors conclude that self-guided iCBT can be considered as:

an evidence-based first-step approach in treating symptoms of depression.

Given that treatment response was not found to be moderated by the socio-demographic or clinical characteristics that they tracked, then they conclude that it is suitable for use by a broad range of users:

regardless of the severity of their symptoms.

Based on their evidence for treatment adherence as a moderating factor, they suggest that future research should focus on how to help users adhere to a program of treatment offered by an iCBT package. 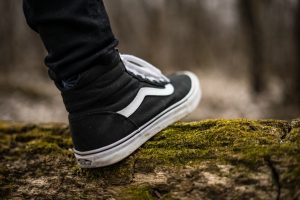 This review suggests that self guided iCBT is a good first-step to treating the symptoms of depression.

The meta-analysis appears to have been conducted rigorously; the paper as a whole provides evidence for the effectiveness of self-guided iCBT as a treatment for depression. This isn’t a surprise; in my own work, I’ve met a substantial number of people who have benefitted from engagement with this kind of technology.

As noted earlier in this blog, I would have liked to have seen more discussion on the software packages implicated in the selected studies. The authors call for more research into how to support adherence to a program of treatment, and yet this has very much been the focus of iCBT design efforts over the last decade (e.g. Doherty et al, 2012) , and we might expect and hope that usage of more modern offerings lead to greater treatment adherence than older ones. The software packages used in a study could potentially be one source of the heterogeneity that the authors note in their results; it would have been useful to engage with these issues in the paper.

Health professionals who introduce their clients to iCBT, or who are interested in developing an iCBT service, might consider how best to help their clients sustain their engagement with any technology that they offer. 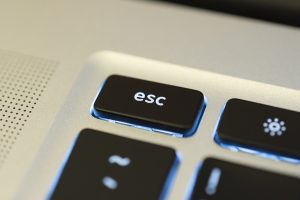 Making self-guided online interventions more sticky is essential before they can be rolled out to routine care.

Stefan Rennick-Egglestone has previously engaged in funded research work with members of the SilverCloud design team.

Computerised CBT for depression is no better than usual GP care: the REEACT trial

Last reply was August 4, 2017
Try out our members features!