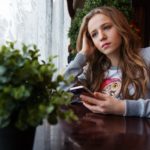 There is increasing interest in harnessing the connectivity of the internet to supplement, enhance or replace face to face treatments, especially in cases where long waitlists exist. Obsessive-compulsive disorder (OCD) is a relatively prevalent condition with substantial impacts upon health, education, and social inclusion. As such there are large costs associated with the condition, not only in terms of health, but to society more widely.

Cognitive behavioural therapy (CBT) is widely recommended as an effective treatment. Unfortunately, access to CBT is often limited due to inadequate availability of therapists and geographical location. To counter this, internet-delivered CBT (iCBT) was developed to improve access to psychological services. In iCBT, the patient uses similar materials (e.g. psychoeducation, exposure and response prevention, and relapse prevention), but the intervention is delivered over the internet with guided supported from a clinician. Online messages are exchanged between the clinician and patient asynchronously, this has the advantage of not requiring specific times/appointments and should allow for more efficient use of clinician time whilst allowing treatment from afar.

Over 100 RCTs of iCBT have been conducted in adults and iCBT has routinely been shown to be effective (e.g. iCBT for adults with depression). However, the evidence for younger people is much more limited. In terms of cost-effectiveness, there have been no economic evaluations of iCBT in paediatric populations. Of the few economic evaluations of iCBT in adults, those which have been conducted have shown promising results (Hedman et al, 2012).

A recent study published in BMJ Open aims to fill the gap by examining the cost-effectiveness of iCBT in children aged 12-17 with OCD compared to waitlist usual care (Lenhard et al, 2017). 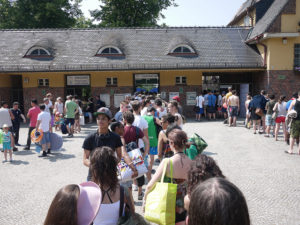 The trial was conducted in Sweden. In total 67 adolescents with OCD were randomised to either the iCBT (n=33) arm, or the waitlist control (usual care) arm (n=34). The time horizon for the study was 12 weeks. The economic analysis adopted a societal perspective with a healthcare perspective as a secondary analysis. Co-morbidity was allowed unless the co-morbid condition required a different treatment plan. Also those who had completed CBT in the previous 12 months were excluded for obvious reasons.

The intervention consisted of 12 consecutive chapters that were unlocked upon completion of the previous chapter. They included psychoeducation, exposure with response prevention, cognitive restructuring and relapse prevention. Wording was designed to be accessible to adolescents. Clinical psychologists interacted with patients via written feedback through secure online messaging five times a week, and occasional phone calls were also used.

Costs were taken from two perspectives: societal and healthcare.

Typical methods of economic evaluation were used, this included calculating incremental cost-effectiveness ratios (ICERs), and the generation of cost-effectiveness acceptability curves (CEACs). Baseline differences and skewness of data was adjusted for. A range of sensitivity analyses were also conducted. 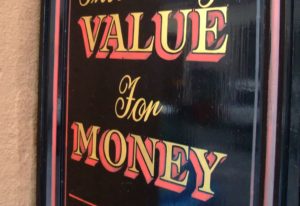 Are the costs worth the benefits?

The cost of the iCBT intervention itself was relatively cheap costing just $187.37 per patient. From a societal perspective the iCBT arm was associated with a cost saving of $144 (95% CI, $58.8 to $130.2) per patient compared to usual care. In the UK NICE asks us to adopt an NHS and PSS (Personal Social Services) perspective. When focussing simply on health care costs, the iCBT arm was associated with increased costs of $21 per patient compared to the control arm.

There were nine (27%) treatment responders within the iCBT arm, and none (0%) in the waitlist arm. In terms of QALYS, there was no difference between the two arms.

From a societal perspective, iCBT dominated the control arm, proving to be less costly and leading to more treatment responders and there was a 59% chance that the intervention was cost saving. From a healthcare perspective, the ICER was $78 per responder. The cost per QALY analysis was only presented from the societal perspective, in this instance no ICER was reported, presumably due to the ambiguity associated with the cost saving and effect size approaching zero. It is assumed again that no cost-per QALY analysis was presented from the health care perspective due to effects approximating zero causing the ICER to be in-determinable. 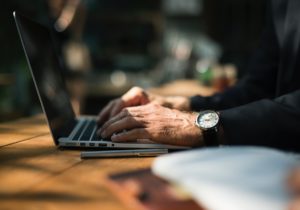 This study suggests that therapist-guided iCBT is a cost-effective treatment and results in societal cost savings.

Given waiting lists for treatments, and difficulties in accessing care, iCBT seems to be eminently sensible. Based on the cost-effectiveness data, it looks like iCBT in adolescents with OCD is a pretty promising intervention. A cost per treatment responder of $78 sounds like extremely good value.

As the authors themselves disclose, there are limitations to the current study:

Something which wasn’t raised in the paper that I had concerns about, was whether there may be any equity issues: is it possible that those of lower socioeconomic status may not have the same access to the internet? This concern may be unfounded, but it is worth considering.

In terms of the use of QALYs within this study; personally I felt they should not have been included at all. The adult value set is invalid for use with the EQ-5D-Y and as such the ‘utility’ values (and in turn QALYs) are meaningless in this context.

Although the study has issues, what it does demonstrate is that there are potential health benefits and cost savings to be achieved through the implementation of iCBT. Given this, the study really does provide a platform for future research. What is now needed is a larger RCT of the iCBT intervention, and importantly with a much longer follow up to see if improvements are maintained beyond the end of the treatment period. 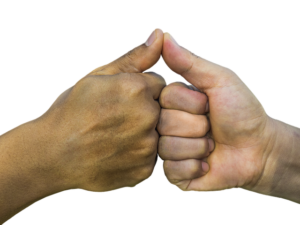 This study has limitations, but it does point to iCBT as a potentially useful intervention for young people with OCD.