Home » Posts » Treatment » digital health » Can we build cities that aren’t traps for those at risk of mental ill-health? 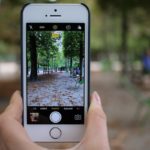 It is often suggested that the modern urban world holds some responsibility for the current levels of mental health difficulty in society. In straying from our pastoral roots, the hypothesis goes, we have alienated ourselves from something required by human beings. According to the United Nations Department of Economic and Social Affairs, by 2050 66% of the global population will live in cities, many of which will not be designed in any overall sense. What might the effect be, many have pontificated, if we do by accident or design ‘pave paradise and put up a parking lot?’

A new study using smartphones to collect subjective measures of wellbeing tried to discover whether city dwellers experienced positive wellbeing effects from witnessing natural phenomena such as trees, the sky, running water or birdsong and whether those wellbeing effects lasted over time. And, if such natural things do influence mental wellbeing, wondered the researchers, does your risk of developing poor mental health alter their effect? Do those at risk of mental illness get more or less of a kick from the natural world? 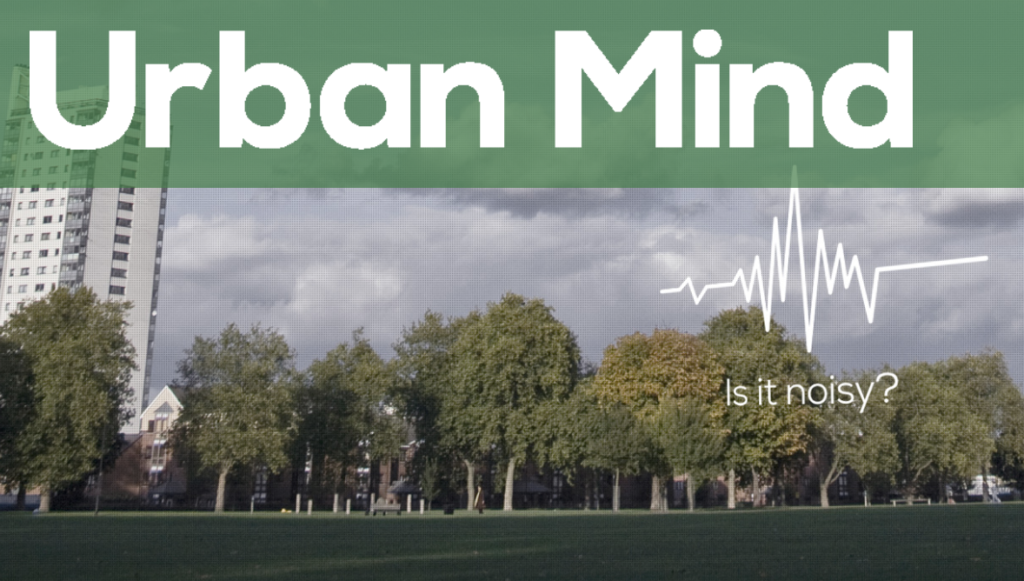 Researchers at King’s College London, along with landscape architects J&L Gibbons and art foundation Nomad projects used a smartphone app called Urban Mind to deliver ecological momentary assessments (EMA) to participants recruited via social media (Facebook, Twitter and Instagram) and through wider media publicity. The study followed 108 participants for one week, measuring their location, their exposure to natural features in the built environment and their momentary wellbeing.

According to the paper ‘Urban Mind: Using Smartphone Technologies to Investigate the Impact of Nature on Mental Well-Being in Real Time’ (Bakolis et al, 2018), the researchers wanted to examine three hypotheses:

The app was designed to be inviting and visual, with each ecological momentary assessment intended to take no more than two minutes to complete. Participant were prompted by the app to record what they could see (e.g. Can you see trees? Can you hear birds singing? Do you feel in contact with nature?) and to also take a photograph to document their location.  The app also relayed Global Positioning Satellite (GPS) data to locate them precisely. Each EMA gave participants 30 minutes to complete the assessment steps until the assessment was logged as complete or incomplete. Data was stored on the device and uploaded later if the device was not connected to the internet at the time of the assessment.

Participants were prompted a total of 49 times over seven days to complete an EMA. Each EMA included “an individual’s perception of their surrounding environment, assessed through a series of questions tailored to whether the participant was indoors or outdoors;  an individual’s geographical location using GPS-based geotagging; and an individual’s momentary mental well-being.”

This data was combined with demographic, socioeconomic and wellbeing (Warwick Edinburgh Well-Being Scale) data collected from each subject. Also collected was a measurement of the individual’s trait impulsivity (Trait Rash Impulsivity Scale (Mayhew and Powell, 2014)). This trait impulsivity was regarded by the authors as “a psychological measure of one’s tendency to behave with little forethought or consideration of the consequences, which is indicative of a higher risk of developing mental-health issues, flagging associations between impulsivity and addictive disorders; attention-deficit hyperactivity disorder; antisocial personality disorder and bipolar disorder”.

The sample included 78 women and 30 men with an average age of 31.1 years. 91% of the participants were educated to university level and a majority were either working or studying.

The study found that there was a significant positive association (p <.001) between momentary wellbeing and being outdoors; seeing trees; hearing birds singing; and feeling in contact with nature. An association between seeing or hearing running water was only present in those who responded to more than 66 percent of the assessments. The research also found positive ‘lag effects’ where the positive effect on momentary wellbeing was carried over from one assessment to the next, which on average took place 2 hours and 25 minutes later. 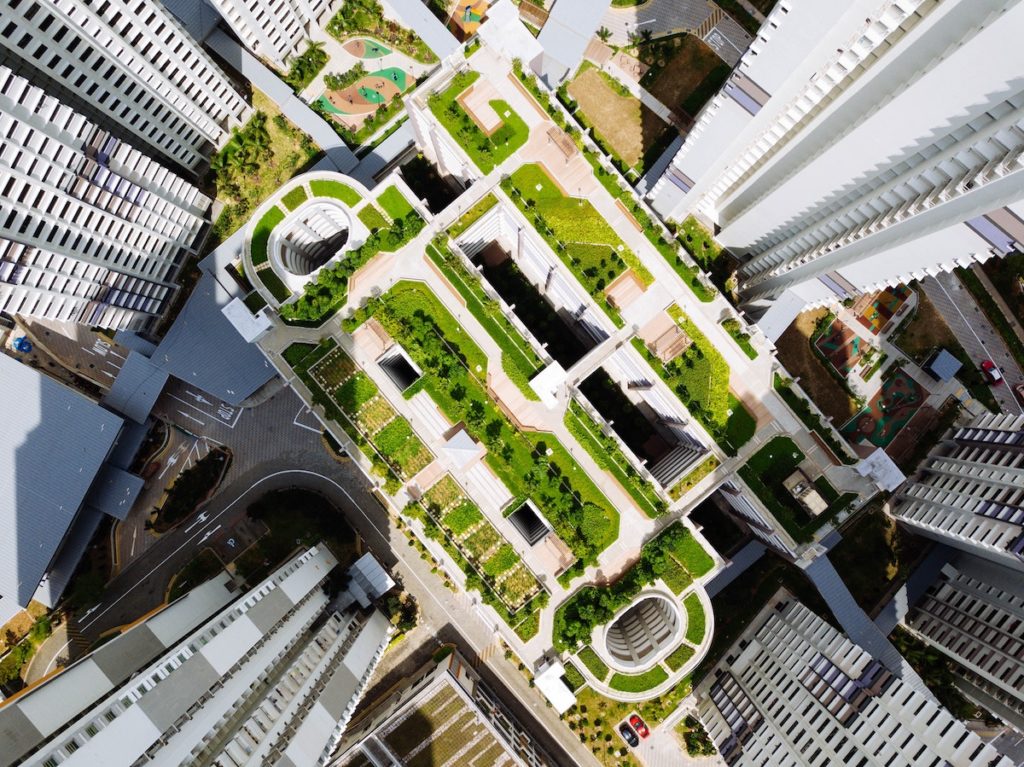 This study suggests that exposure to trees, the sky and birdsong in cities may be beneficial for mental wellbeing.

…that these beneficial effects could still be observed even if the participant was no longer outdoors and no longer had access to nature.

The effects of being outdoors, seeing trees, seeing the sky, hearing birds singing, and feeling in contact with nature on momentary mental well-being were greater in people with higher levels of impulsivity.

The authors state that their findings:

suggest that increasing and promoting access to nature could be a simple but effective intervention to help vulnerable individuals maintain high levels of mental well-being, thereby reducing risk of developing a mental illness. 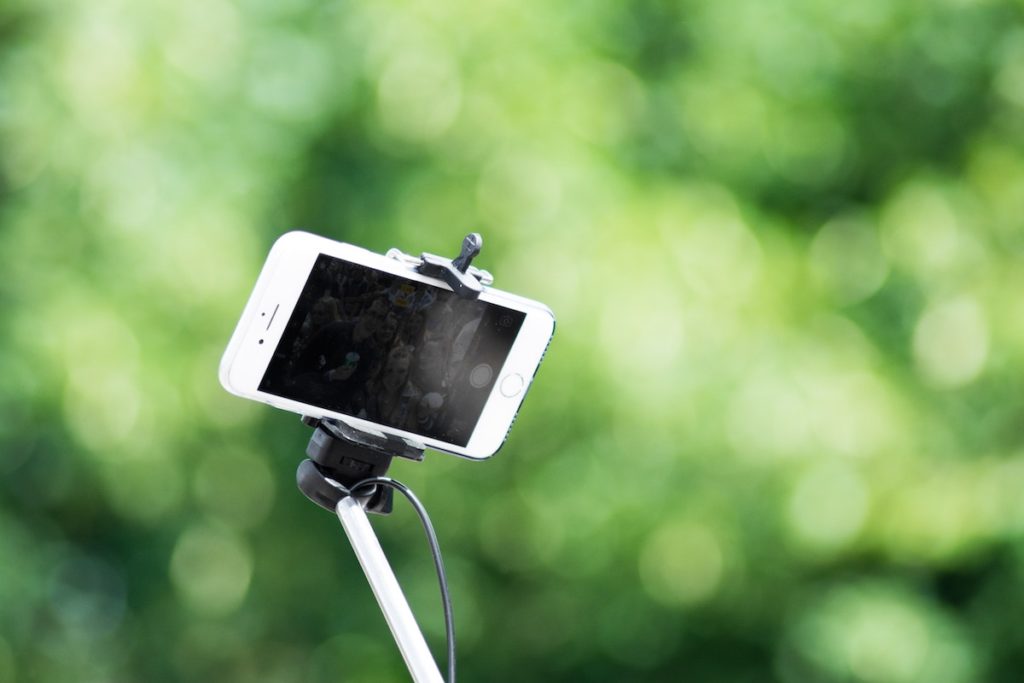 This small study is not representative of the general population and is subject to a number of different types of bias, which undermine the reliability of the results.

The use of smartphone technology to implement ecological momentary assessment via an application with an attractive interface is of interest broadly for mental health practice.  Mental health and wellbeing are chronic and variable. The use of self assessment along with other sensor data presents great opportunity for the collection of rich data with the consent of individuals. It is also worth noting that the actual response rate to intervention prompts is not high in the study. Exploration of the reasons for individuals not answering the call from their phone to engage in self assessment would be an interesting consideration for the growing body of work understanding the design of such smartphone powered momentary assessments.

While the focus of this paper is upon measuring momentary wellbeing, the obvious target is practice of building, maintaining and designing urban spaces. This is the work of decades, rather than moments. The paper is not looking to suggest that a walk in the park is the perfect cure for what ails you, or that birdsong is a tonic to the soul. It is looking for a relationship between wellbeing over time and urban environments that include elements of nature. The paper cites a number of papers that have related higher levels of wellbeing and lower incidence of chronic mental illness to living in urban areas with natural features and notes a number of plausible theories to explain this relationship. These include attention-restoration theory (Kaplan, 1995), stress-reduction theory (Ulrich et al, 1991), and biophilia theory (Wilson, 1993). It is notable that many of the conditions they relate to impulsivity are also ones often connected to poverty.

The promotion of cities that promote wellbeing requires the interaction of regulation, capital, investment and political will. The authors are attempting to build the argument for the pro-wellbeing possibilities of the designed urban environment as a public health concern. This is an uphill struggle. The UK is generally agreed to be experiencing a housing crisis. In cities, the effects of income inequality and the erosion of social housing have created high density modern developments where the experience of the built environment is often governed by the amount of money you have. Urban green space can be anything from a private garden to a well-maintained park to a patch of grass covered with dog poo and broken glass to a couple of trees in nestled within the tall towers of an endless agglomeration of new builds.

Contribution to the debate around the future effects of urban living is to be welcomed. The global future of cities is unlikely to conform to the particularly British dream of the Garden City or to the suburban dream beloved of a global middle class. The majority of the world’s population lives in poverty; a condition that is unlikely to be rectified by the increasing concentration of people in cities. In his 2006 book ‘Planet of Slums’ Mike Davis estimates that there are over 200,000 unplanned urban environments across the world which “rather than being made out of glass and steel as envisioned by earlier generations of urbanists, are instead largely constructed out of crude brick, straw, recycled plastic, cement blocks and scrap wood.” According to Davis: “Residents of slums, while only 6% of the city population of the developed countries, constitute a staggering 78.2% of urbanites in the least-developed countries.” Such unplanned, piecemeal urbanisation solved the problem of somewhere to live, but not necessarily somewhere to feel alive. According to Davis, China added more people to its cities in the 1980s than all of Europe including Russia did in the whole of the 19th Century.

People who are poor tend to experience worse mental wellbeing. The quality of urban space tends to be dictated by social attitudes. More study is needed into the places people live and the places they will live in future and what those places will mean for the possibility of remaining in good mental health. 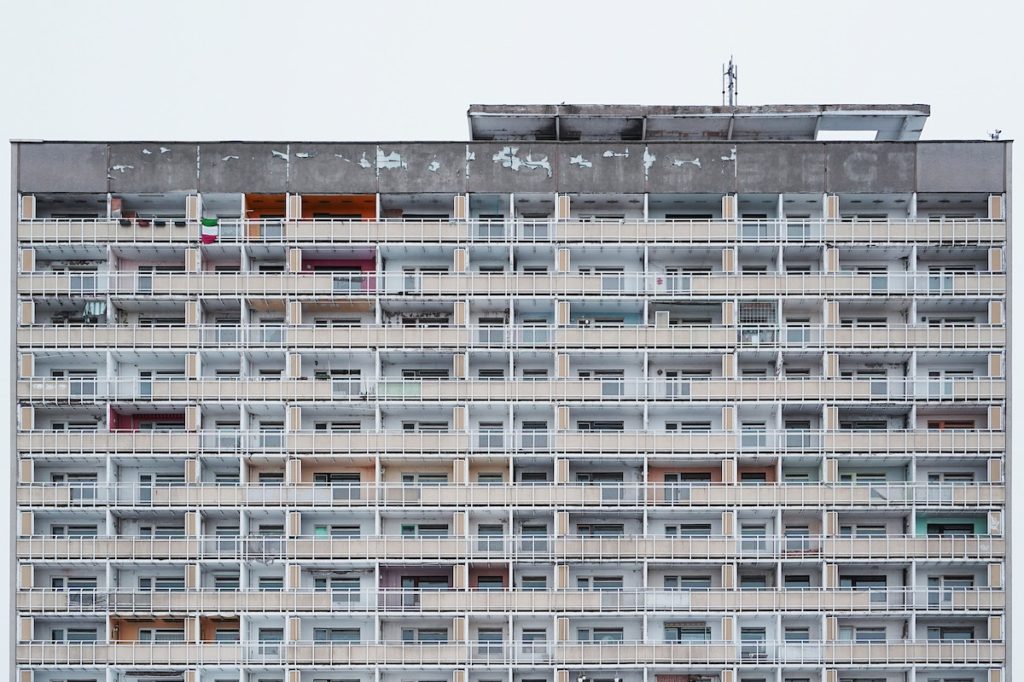 More study is needed into the places people live and the places they will live in future and what those places will mean for the possibility of remaining in good mental health.

Kaplan S. 1995. The restorative benefits of nature: Toward an integrative framework. Journal of Environmental Psychology 15: 169–182.