Home » Posts » Treatment » antipsychotics » Atypical antipsychotics can lead to weight gain in children and adolescents, but more evidence needed about metabolic side effects 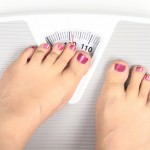 Atypical (second-generation) antipsychotics are used to treat a variety of psychiatric conditions. Although they have fewer side effects than first-generation antipsychotics, weight gain and other metabolic problems (such as high blood pressure and diabetes) remain common side effects of taking atypical antipsychotic medication (Mind, 2012).

The Mental Elf has previously blogged about a Canadian report on the optimal use of atypical antipsychotics in children and adolescents with schizophrenia.

This systematic review looks at the effects of atypical antipsychotics on weight gain and other metabolic factors. In their meta-analysis, the authors found a statistically significant increase in weight in children and adolescents taking risperidone, olanzapine or aripiprazole.

Authors carried out thorough and systematic searches across a range of databases to identify published and on-going randomised controlled trials examining the metabolic effects of atypical antipsychotic use in those aged 18 years and under. The quality of studies was assessed using the Jadad score, with the poorest quality studies excluded from their analysis. A random effects model was used in the meta-analysis of the 21 studies reporting weight outcomes (a total of 2,455 patients). Of the included studies 14 investigated risperidone, 3 olanzapine and 4 aripiprazole, (all compared with placebo). Compared with placebo, all 3 antipsychotics were associated with significant weight gain

Here’s what they found for weight gain:

The reporting of the metabolic effects was inconsistent, therefore a meta-analysis was not possible. Where data was reported the results showed:

Olanzapine, risperidone, and aripiprazole were all associated with statistically significant weight gain. Olanzapine was associated with the most weight gain and aripiprazole the least. For the secondary outcome, although a number of active comparator trials were identified, data were not available for meta-analysis and were too limited to allow firm conclusions to be drawn. This systematic review, consistent with other published reviews, highlights the impact of weight gain associated with prescribing atypical antipsychotics to children and adolescents on their mental and physical health.

Although firm conclusions could not be drawn from the review of the metabolic impact of these drugs, the review draws attention to the lack of evidence and the methodological weaknesses (small sample sizes, short treatment duration) of what little evidence is available.

A note on off-label prescribing

Because the process of developing and licensing drugs is expensive, and the paediatric market is smaller than the adult market, developing drugs specifically in children is understandably of a lower commercial interest to drug companies (MHRA, 2013). Although guidance exists to inform off-label prescribing (RCPCH, 2010), the extent of off-label psychiatric prescribing in children in the UK is unknown (RCPsych, 2007).

Off-label or unlicensed use of medicines: prescribers’ responsibilities. MHRA, 2009.

Use of licensed medicines for unlicensed applications in psychiatric practice (PDF). Royal College of Psychiatrists, 2007.