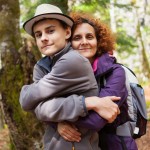 People who take care of friends and relatives with a severe mental illness such as schizophrenia save the UK taxpayer 1.24 billion pounds a year. The yearly cost of comparable professional care offered by the NHS is around £34,000 per person. However, the support informal carers receive from health and social service providers is often inadequate.

A systematic review and meta-analysis published in The British Journal of Psychiatry (Yesufu-Udechuku et al, 2015) demonstrates that there is very little good research evaluating services specifically designed to improve the experience and well-being of carers.

Family interventions are often used successfully in treating severe mental illness, but they focus on improving the performance of family carers in their caring role. Research on their effectiveness typically measures patient outcomes such as relapse rate and adherence to medication and ignore their effect, positive or otherwise, on carers.

This review is not the first to look at the effectiveness of interventions with the primary aim of supporting carers, but it is the first to include a meta-analysis. In view of the conclusions of previous reviews that the quality of randomised trials in this area is low, I wonder why it was felt that a further review including meta-analysis was justified. However it certainly highlights the scandalous waste caused by poorly designed, conducted and reported research which continues to plague the medical literature. 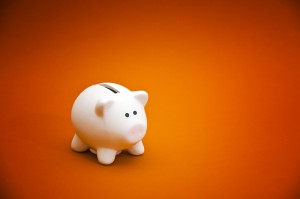 Carers of people with severe mental illness save the UK tax payer well over one billion pounds a year.

The researchers searched for randomised trials of interventions where the primary outcome was “experience of caring”. The three secondary outcomes were carer quality of life, satisfaction with services, and psychological distress.

The researchers defined severe mental illness as schizophrenia spectrum or bipolar disorder. As a non-clinician, I was not aware of this definition, and it would have been clearer to me if the title of the review was more explicit. One of the exclusion criteria were studies where the patient population included more than a third with major depression or other common mental health disorders. I think it is a shame to exclude whole studies on this arbitrary basis. I would be interested in a review which also included studies of interventions for carers of people with major depression and other serious conditions such as dementia.

The researchers used Cochrane methods to identify studies, assess risk of bias of included studies and to grade the quality of the evidence. As my day job is working for the EQUATOR Network and promoting the use of reporting guidelines, I sincerely hope they also used the PRISMA guidelines for the reporting of systematic reviews and meta-analyses as well.

I am intrigued that despite using Cochrane methods and tools to produce this review, it was not published in the Cochrane Library.

A quick search of the Cochrane Library to see if there were a comparable review turned up a review of psychoeducation for siblings of people with severe mental illness (Sin et al 2015). This narrowly focussed review found only one tiny study with nine participants which met the inclusion criteria.   I’m not sure of the value of a review with such a narrow focus and wonder why it was done.

There were four types of intervention in the 21 included studies:

The four outcomes (experience of caring, carer quality of life, satisfaction with services and psychological distress) were measured using a total of 14 different scales and at varying time-points.

The researchers managed to pool the results of studies on each of the four types of intervention and created a number of forrest plot graphs showing effect size and direction. Most of the graphs could only show pooled results of four or fewer studies.

It would have been helpful to have the summary of pooled effects table included in the main article, rather than as an online supplement. I counted the occurrence of the phrase “low-quality evidence” or “very low-quality evidence” no less than 14 times in the text. It certainly got the message across, but is very tedious to read. This type of repetitive text so common in journal articles, particularly reviews, cries out for an infographic, or failing that a clear table.

The three main messages I got from the summary of pooled effects were:

The researchers argue that because the effects are consistently positive in the low-quality studies, at least this indicates that interventions for carers are likely to be effective, or at least better than nothing. I certainly hope this is the case, but until large well-conducted trials are done on well-defined and practical interventions we won’t know. 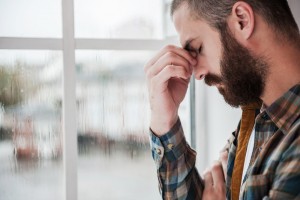 The better quality research included in this review found that interventions to improve the experience and well-being of carers had little or no effect.

In the discussion, the researchers argue that the differences in the patient populations (people with schizophrenia, bipolar disorder or first episode psychosis) which adversely affected the validity of the meta-analysis may contribute positively to the external validity of the study. I totally agree with this.

In view of the low numbers of studies of interventions for carers, I would have preferred a review which included studies of carers of a larger variety of patient groups. This would increase the chance of finding good research practice and high-quality evidence which could be applied in practice or used to inform future high-quality research to benefit a larger number of people. 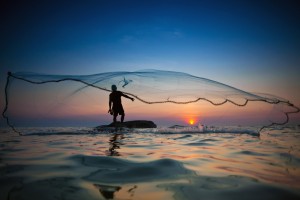 Should future research widen the net and include a larger variety of patient groups, e.g. people with major depression or dementia?