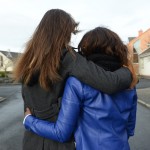 In recent weeks suicide prevention has been the focus of much publicity. Much of this is of course due to stark fact that around 800,000 people take their own lives around the globe each year (WHO, 2014). This month also marked World Suicide Prevention Day and the theme this year was ‘Preventing Suicide: Reaching Out and Saving Lives’.

We elves also made our very own significant contribution to this debate by dedicating our latest expert campfire discussion to the subject of Suicide prevention in young people. Elf experts discussed the prevalence (Suicide is the second leading cause of death in 15-29 year olds worldwide – WHO, 2014) and the importance of compassion in preventing suicide and self-harm in young people. If you missed it, you can watch the broadcast below.

I was therefore most pleased to be asked to write my latest blog on a recent systematic review and meta-analysis on therapeutic interventions for the prevention of suicide attempts and self-harm in adolescents. This according to the authors, was the first published meta-analysis of randomised controlled trials (RCTs) evaluating therapeutic interventions (TIs) in reducing both suicidal behaviour and non-suicidal self-harm in adolescents.

The authors (led by Dr. Ougrin from the Institute of Psychiatry, King’s College London and South London and Maudsley NHS Foundation Trust) searched the Cochrane, Medline, PsychINFO, EMBASE, and PubMed databases (as of May 2014) for articles which presented data on the efficacy of therapeutic interventions on suicide, non-suicidal self-injury (NSSI) or self-harm (the authors used the term “self-harm,” referring to the broad definition used in the UK and Europe that includes NSSI, suicide attempts, and self-harm with undetermined intent). Inclusion criteria are stated as being:

RCTs of specific TIs, defined as a theoretically coherent, manualized (or otherwise replicable) psychological, social, or pharmacological intervention, versus control treatment or placebo, in adolescents through age 18 years who have self-harmed at least once.

Self-harm was the primary outcome measure in the meta-analysis.

The authors’ used an impressive array of statistical tests to examine: pooled risk differences; pooled mean effect size; estimated variance of the true effect sizes; sensitivity and meta-regression analyses; estimates of heterogeneity. Meta-regression was performed to assess the influence of the number of sessions, length of follow-up periods, family, proportion of females, proportion of patients taking psychotropic medication, mean age, characterisation of the control group, quality of the study, and outcome measure (suicide only/suicide and self-harm) on the effect size. Finally, they also looked at publication bias. 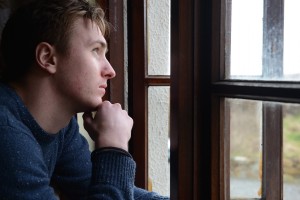 Suicide is the second leading cause of death in 15-29 year olds worldwide.

These studies varied considerably in the type of treatment reported:

These treatments were compared to a variety of “treatment as usual” (TAUs) controls.

Highlights of the study

Fewer adolescents self-harmed over the follow-up period in the TI groups (28%) than in controls (33%) (test for overall effect z = 2.31; p = 0.02). This data was obtained when the authors grouped any self-harm, including suicide attempts, NSSI, and/or self-harm with ambiguous intent. However, the evidence was weaker for suicide compared with self-harm (the pooled risk difference between TIs and TAU for suicide attempts and non-suicidal self-harm considered separately was not statistically significant).

The study was also able to suggest that dialectical behaviour therapy (DBT), cognitive-behavioural therapy (CBT), and mentalisation-based therapy (MBT) appeared to offer the greatest benefits in reducing the risk of self-harm in adolescents, but sadly there were no independent replications of efficacy of any TI.

The authors reported little evidence of publication bias (from funnel plots). Results of both Begg’s and Egger’s tests for publication bias were non-significant (p = 0.16 and p = 0 .11, respectively). 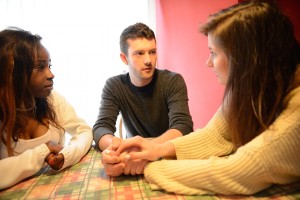 The authors called for independent replication of these tentative findings for DBT, CBT and MBT.

Therapeutic Interventions to prevent self-harm appear to be effective. Independent replication of the results achieved by DBT, MBT, and CBT is a research priority.

Close examination of this review reveals the paucity of data in the field of suicide/self-harm prevention in adolescents and the authors have made a valiant attempt to extract as much meaning from what little information there is available. In so doing they have identified some pointers as to what direction further research might take to increase our knowledge and understanding of what might prevent young people from self-harming or attempting suicide. 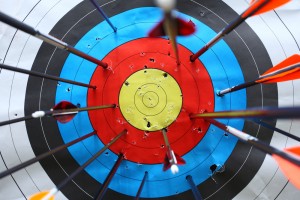 Personally, I feel it is first vital that all future studies are able to clearly differentiate between suicide/suicide attempts from self-harm/injury i.e. non-suicidal self-harm, as these are surely not the same.

Prevention of suicide and non-suicidal self-harm in adolescents must be addressed holistically. This starts with a need for a better understanding of why young people attempt suicide or self-harm, more understanding of who is as at risk and when the risk is at its greatest. Looking at what is underlying the behaviour (the Problem), means addressing the Predisposing Factors, the Precipitating Factors and the Perpetuating Factors. Also the presence or absence of Protective Factors will have a strong bearing on suicidal/self-harming behaviours.

The take-home messages from the recent elf campfire were:

This current study helps strengthen the belief that therapeutic interventions, especially those with a strong family component, might well be part of the solution to help reduce suicide and self-harm in young people. 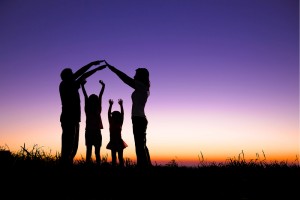 This study provides some pointers for promising interventions, but more needs to be done before specific talking treatments can be recommended.

WHO audio podcast on suicide and self-harm [Download mp3]