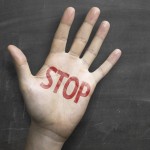 Listening to a World Health Organisation podcast recently I learnt that someone dies as a result of suicide every 40 seconds; this equates to a million suicides each year. The podcast contains a myriad of such stark statistics and the contributors’ highlight how it is well established that young people are often at risk, and that suicide is the second largest cause of mortality in the 10-24 age group.

Self-harm is common among young people and the related impacts are wide-ranging:

Despite the size, seriousness, impact and tragic nature of suicide and self-harm in young people, little evidence-based research has been conducted to establish the best strategies for preventing it from happening.

A recent review, carried out by a multidisciplinary group based in Melbourne, Australia, has been published that aimed at investigating “the extent and nature of research on interventions to prevent SSH (suicide and self-harm) in young people using evidence mapping”. This has once again brought to the elves’ attention the gaping holes in our current understanding of suicide prevention. The Melbourne based authors searched using MEDLINE, PsycINFO, EMBASE and CENTRAL. They used a technique called “evidence mapping” to evaluate the scientific literature published interventions for suicide and self-harm. This method “allows a concise summary of the extent and distribution of evidence in a broad field of interest”. They restricted their study to studies published in English after 1980. The study used two foci for the map:

Their criteria for inclusion in the study included a definition of the term “young people” (6-25 years), attempted to exclude studies on non-suicidal self-injury (NSSI) and to include only “good quality” evidence (only randomised controlled trials – RCTs -, pseudo-RCTs, clinical control trials, systematic controlled trials and meta-analyses of RCTs). This new review did not analyse the studies found, but simply mapped the evidence to provide an overview of the current research landscape

From an initial 7,498 studies they found 38 controlled studies and 6 systematic reviews that met their search criteria. From their data they established that:

…the evidence base for SSH interventions in young people is not well established.

Sadly the authors did not assess the benefits or the efficacy of any of the reported interventions and so their conclusions are somewhat muted. They did however make a number of recommendations:

De Silva and her colleagues identified a number of limitations of their own study including limiting their study to studies in English published after 1980. They also identified the obvious problem of actually carrying out controlled trials to test the efficacy of interventions aimed at preventing death!

The most obvious limitation however, remains that they did not evaluate the effectiveness of the studies they mapped and this meant that the study added little to improve our understanding of what helps prevent suicide and self-harm in (young) people.

In the time it has taken me to complete the first draft of this blog, another 176 deaths will have occurred as a result of suicide. This present study fails to tell us what might have prevented any of these deaths from occurring, but it does provide added weight to the argument that we desperately need more research to be carried out in the field of suicide prevention in young and indeed all people.

The 2010 Royal College of Psychiatrists’ report (Alderdice, 2010) on suicide in the young concludes:

…there is enough evidence to demonstrate that we are far from achieving the level of care that service users need or the standards set out in policies and guidelines. Poor assessments, relying too much on risk issues, staff unskilled in dealing with patients who harm themselves, inappropriate discharge arrangements, lack of follow-up of patients, lack of care pathways, insufficient access to psychological treatments and poor access to services for particular groups amount to inadequate standards of care that impact on the lives of service users and their families. There is a serious problem relating to the deployment and availability of senior staff, with adequate psychotherapy and psychiatry training. It is likely that because of these services and staffing defects, the majority of self-harm remains invisible until a crisis occurs, adding to human misery and to the stress on hospital services. WHO podcast on suicide and self-harm: http://terrance.who.int/mediacentre/podcasts/WHO_Podcast_077.mp3