A decrease in the quality of one’s sleep or any other sleep impairment is recognised as a symptom of multiple mental illnesses, including post-traumatic stress disorder (PTSD), generalised anxiety disorder (GAD) and major depression.

However, when it comes to the link between loneliness and sleep problems, depression rather curiously does not account for the relationship between these two factors (Cacioppo et al, 2002). A study published last month in Psychological Medicine entitled ‘Sleeping with one eye open: loneliness and sleep quality in young adults’ attempts to investigate whether the link is actually a direct one, with the study aiming to test a hypothesis that consists of two components:

The grounding of this hypothesis lies in evolutionary biology: being a social species, our social nature is an adaptive trait that grants us safety in numbers, and perceiving that one is socially cut off gives rise to feelings of vulnerability (Cacioppo et al, 2006a). The hypothesis rests on this basis, for seeing that sleep is when we are at our most vulnerable, the state of mind of someone who believes that they are vulnerable to harm is completely juxtaposed to the notion of a peaceful night’s sleep.

Loneliness has been shown to be associated with numerous health problems and poor well-being, as has poor sleep. Including historical exposure to violence is an important addition in view of the growing evidence that traumatic experiences in early life are associated with a wide range psychological problems over time. 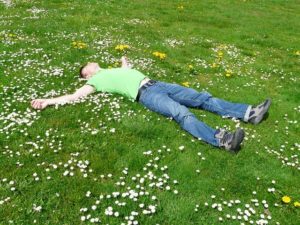 Sleep is our most vulnerable state.

The participants were drawn from the Environmental Risk (E-Risk) Longitudinal Twin Study, which tracks the development of a birth cohort of 2,232 British children. The sample contained 56% monozygotic and 44% dizygotic twin pairs, with sex evenly distributed within zygosity (49% male). Families were recruited in a manner that was representative of the UK population with newborns in the 1990s, ensuring adequate numbers of children in disadvantaged homes and avoiding an excess of twins born to well-educated women using assisted reproduction. Each twin was assessed by two interviewers. The young people were assessed at age five, seven, ten, twelve and eighteen.

However, though this is part of a wider longitudinal study, the main exposure and outcomes in this paper are only measured cross-sectionally at age eighteen.

The twin study structure of this research was an attempt to control for the influence of genetics on the factors being investigated, which is of relevance since both loneliness (Goossens et al, 2015; Matthews et al, 2016) and sleep quality show genetic involvement (Barclay et al, 2010).

The researchers measured current feelings of loneliness at age 18 years using four items from the UCLA Loneliness Scale (ULS), version 3. I found this unusual, given the three, eight or twenty items are more typically used, having all been validated in young adults. I could not find a study specifically investigating validity of the four item version. I found an article (Hays and Dimatteo, 1987) specifically indicating that the eight item version is a better substitute for the ULS-20 (twenty item version) than the ULS-4. However, it was good to see the authors carry out a sensitivity analysis to see if the results hold with a different measure of loneliness.

Loneliness was also assessed using the interviewers’ reports, with the interviewers having to complete questions about their impressions of the participants’ personality and behaviour, with the answers used to “construct a measure of interviewer-rated loneliness”. Interviews are of course potentially quite subjective data collection techniques, so it is not clear how meaningful a ‘measure’ this is. Also, correlation between the self-report and interviewer ratings of loneliness was 0.46 (not very high).

In addition, the authors chose the Multidimensional Scale of Perceived Social Support (MSPSS), a ‘perceived social support’ scale, as a marker of ‘objective’ social isolation. A 2016 paper that assessed different social isolation measures on the grounds of what aspects of social relationships they cover (structural or functional) and the degree of subjectivity asked of respondents, found the MSPSS to be more objective than the ULS but certainly not the most objective of measures of social support. Finding the right tools to measure the ‘right’ aspects of social relationships is a challenging business (Wang et al, 2016).

Sleep quality was measured using the Pittsburgh Sleep Quality Index (PSQI; Buysse et al. 1989), where higher scores reflect worse sleep quality. The mean global PSQI score in the present sample was 5.39 (SD = 3.18), with five or greater being indicative of poor sleep quality. For comparison, a study by Knutson et al (2006) that assessed the stability of the PQSI using 610 38-50 year olds split by sex and race (black or white) had a mean PQSI score of 5.8 for the full sample, with only white men having a lower mean (5.15) than young people in the current study. It is known that sleep quality decreases with age, but the means are comparable overall.

The factors controlled for in the study were social isolation, symptoms of depression, anxiety, alcohol abuse and dependence, ADHD and PTSD, as well as individuals who were not in employment, education or training or who were a parent of an infant, as these are circumstances which could lead to changes in social activities and sleeping schedules. These are an appropriate set of covariates, considering we know these things have an established association with both sleep and loneliness. Furthermore, PTSD and anxiety disorders feature hypervigilance, which they have sensibly factored in, alongside PTSD being associated with previous traumatic experiences, making it important to control for. Previous work has tended to focus more on depression.

Violence victimisation was assessed between the ages of 12 and 18 years using the Juvenile Victimization Questionnaire (JVQ; Finkelhor et al. 2011), with exposure to maltreatment in childhood assessed via interviews with participants’ mothers. Information on maltreatment collected over the years of data collection was compiled into a profile for each participant. These profiles were reviewed by two clinical psychologists and coded ‘no harm’ (78.9%), ‘probable harm’ (15.4%) and ‘definite harm’ (5.7%). 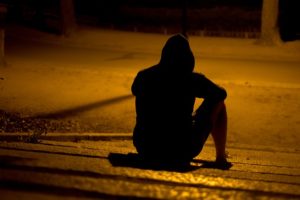 The conclusion reached by the authors was that:

diminished sleep quality is one of the many ways in which loneliness gets ‘under the skin’, and our findings underscore the importance of early intervention to reduce loneliness in young people, which may be the starting point for a cascade of physical health problems in later life.

Overall, this paper makes for an interesting read, with the effect size of the findings not being that large but nonetheless robust. The study design has a number of strengths, including the following: 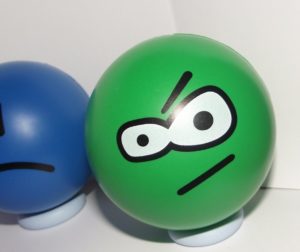 Great care was taken to ensure a controlled and representative sample, but why was stress left out?

In summary, this is a thoughtful, well designed study, which addresses important gaps in the existing literature. It stimulates discussion on the likely impacts trauma or loneliness may have on sleep in young people, so could make clinicians more likely to ask about it and consider how to address the issues raised. Its findings also mean that there is potential for further (e.g. longitudinal) research in this area, to establish just how big an effect loneliness has on sleep quality. If upon inspection of further evidence it appears to be a large effect, interventions targeting loneliness gain an additional avenue into improving the quality of life of young patients. The study also adds to the important evidence base on harmful lasting effects of traumatic early life experiences.

On a more personal note, I would like to point out that the effects of sleep disturbance in young people stretch beyond tiredness and decreased day productivity. Especially when combined with depression or anxiety, the sleep disturbances that lend themselves to decreased sleep quality can be a potent breeding ground for the illness itself. Many young service users will, I am sure, affirm an account of nights spent ruminating, encompassed in the negative thoughts that their illness brings them and denied the respite from these thoughts that sleep brings. Sleep is silence from a mind that seems to be out to get its host; a future intervention that addresses loneliness and perhaps by extension improves sleep quality will be of significant importance not just to those struggling with mental health problems as young adults, but also those who may be at risk of developing them. 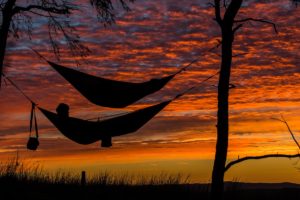 Sleep is silence from a mind that seems to be out to get its host.