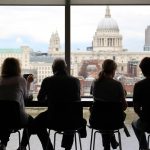 Epidemiology – the study of patterns of diseases in a population – is perhaps not the most glamorous part of mental health research, but it is crucial for working out whether popular ideas about mental illness are correct. So before we begin, a little epidemiology quiz…

Are the following true or false?

By the end of this blog, you will have your answers!

This paper by Spiers and colleagues published in the British Journal of Psychiatry tries to answer these questions and others, concerning common mental disorders (CMDs) which include depression and anxiety disorders. They are a major source of distress and they also have large economic and social costs, so having good epidemiological data on them is essential.

English households were sampled in 1993, 2000 and 2007 (as part of the National Psychiatric Morbidity Surveys) to find out:

The surveys were undertaken before the Improving Access to Psychological Therapies (IAPT) programme was launched in England to provide more psychological therapy to adults of working age. This epidemiological study gives us an idea of what treatments for CMDs were like before IAPT came into action. 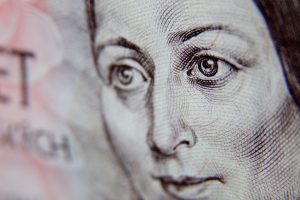 The total cost of mental health problems in England in 2009/10 was estimated to exceed £100 billion.

Participants were interviewed in 1993, 2000 and 2007. It was a cross-sectional design, with different people asked to participate at each time point. The sample was selected from the Postcode Address File – a database of UK addresses. The sample size was chosen to have adequate power to detect the prevalence of rare disorders.

In the first phase of each time point, participants were asked questions from the Clinical Interview Schedule Revised (CIS-R) by lay interviewers to find out how many people have CMDs. The interviews were conducted at the homes of the participants. A second phase of interviews was conducted by psychiatrists for participants who had screened positive for psychosis in the first phase. All participants were asked questions as part of a structured interview to find out if they had made contact with a service for help with a CMD and, if so, whether they had received some kind of treatment. Participants were asked about medication and talking therapies (psychotherapy, behavioural or cognitive therapy, counselling, or other therapies including art, music, or drama therapy, social skills training, marital or family therapy, and sex therapy).

The data were weighted so that the samples were representative of the English household population at the time of the survey.

The results presented here are sometimes for both genders combined and sometimes separately for each gender, as this is the information shown in the paper. 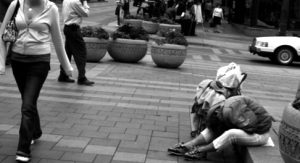 These data suggest that the vast majority of common mental disorders go undiagnosed and untreated.

Measurable effects on prevalence and health burden at the population level will require not just one or two, as now, but instead a mix of many approaches, requiring pharmacological, psychology and computer-based interventions at the individual level, together with public health measures, including those integrating preventive mental healthcare within general medical care at key stages in the life course. Responding to this challenge remains an economic and humanitarian imperative.

Academic research moves incredibly slowly and unfortunately I think that this is a limitation of this study. An epidemiological study from 9 years ago, which was conducted before a nationwide effort to give people greater access to psychological therapies, is of limited clinical value. Yes it provides a baseline figure so that we can see how CMD prevalence and treatment are changing over time, but it doesn’t help with designing services for the here and now. Rapid publication of these kinds of studies should be encouraged, and perhaps even be considered as part of the terms of research funding awards.

A strength of this study is that it used the same measures over the three time points so we can directly compare the results from 1993, 2000 and 2007. However, it must be considered that people may have answered differently over the 14 year period. Stigma around mental illness is still a problem in 2016, and it was worse for many people in 1993. People could have been less keen to divulge information in 1993 or may have been less able to endorse symptoms due to poorer mental health literacy.

This study also allows us to find out about common mental illness in the community and includes people who do not seek help from health services. These people would be missed in studies that ask health care professionals/services about prevalence and treatment numbers. 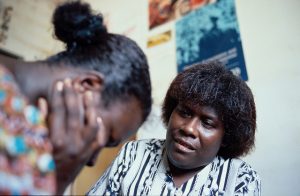 This study provides useful baseline data, but much has changed in the last decade with the introduction of IAPT, hasn’t it?

Between 1993 and 2007, rates of CMD stayed fairly stable as did the number of people seeking help from their GP (although not all GPs might agree with this!). Encouragingly, more people are getting treatment (especially antidepressant therapy). Despite an initial large increase in people receiving antidepressants between 1993 and 2000, there was a smaller increase between 2000 and 2007. It does not seem to be the case that there is a continued explosion of antidepressant prescribing as some of the tabloids might have you believe.

However, I think the most important thing we can learn from this paper is that nearly three quarters of people do not receive treatment for their CMD (with the caveat that this study was conducted in 2007). In some instances this may be wholly appropriate – as the authors of the study note, not all mental health problems require active treatment; some CMDs will get better and resolve on their own. But I suspect that for the overwhelming majority of people with a CMD this lack of treatment is a problem. The earlier that support is provided for depression and anxiety, the more promising the prospects are. It will be interesting to compare the results of this study to those from studies conducted in the IAPT era to see whether more people are indeed getting access to psychological therapies. 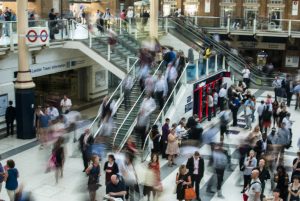 These 2007 figures show that only 1 in 4 people with a common mental disorder received treatment for their illness. Is that a good thing?