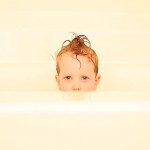 The use of medication to treat depression in children and young people is somewhat controversial due to mixed evidence concerning the efficacy and safety of antidepressants, alongside evidence of an increased risk of suicidal behaviour in children and adolescents (Jureidini et al, 2004; Qin et al, 2014). Accordingly, clinical practice guidelines recommend that psychotherapy be considered as the first-line treatment for mild to moderate depression in children and young people and medications used only for severe cases or for those who do not benefit from psychotherapy (NCCMH, 2005).

There are several types of psychotherapies available for treating depression in children and young people (Weisz et al, 2006; Weisz et al, 2013). Whilst it is generally accepted that various forms of psychotherapy are beneficial for treating depression in children and young people, recent systematic reviews and meta-analyses have challenged this. For instance, Weisz et al. (2006) found the effect sizes for cognitive behaviour therapy (CBT) to be much lower than those documented in a previous meta-analysis by Reinecke et al (1998). Moreover, there are some discrepancies between meta-analyses that suggest CBT is superior to non-cognitive treatments (David-Ferdon & Kaslow, 2008; Watanabe et al, 2007) and meta-analyses which suggest that non-cognitive treatments such as interpersonal therapy (IPT) are as efficacious as cognitive treatments (Hetrick et al, 2015).

Traditionally, the efficacy of different forms of psychotherapy for children and young people has been investigated using a pairwise meta-analysis which allows a direct comparison between either two different psychotherapies or psychotherapy and a control condition. This method of investigation is somewhat limited, however, due to the inability to compare the efficacy of interventions that have not been directly compared in a trial, meaning that to date there has been no established definitive ranking of psychotherapies for children and young people.

The current study therefore utilised a network meta-analysis, a method which integrates direct evidence with indirect evidence, with the aim of providing a comprehensive and hierarchical evidence of the efficacy and acceptability of all psychotherapies for treating depression in children and young people. 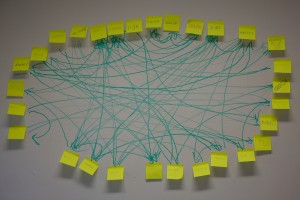 Previous meta-analyses have failed to compare several different psychotherapies for depression at once.

The authors performed Bayesian network meta-analysis, a novel analysis technique which in the context of a systematic review, is a meta-analysis in which multiple treatments (three or more) are compared using both direct comparisons of interventions within RCTs and indirect comparisons across trials based on a common comparator. For example, in the simplest case, one may be interested in comparing two interventions, CBT and IPT. Indirect evidence can be obtained from RCTs of either IPT or CBT with a common comparator of waiting list. When both direct and indirect evidence are available, the two sources of information can be combined as a weighted average when appropriate. This data can then be used to provide evidence to aid the selection of the best possible treatment option.

The results of 52 RCTs were analysed including data from 3,805 participants. Overall, 2,361 patients were randomised to nine psychotherapies: 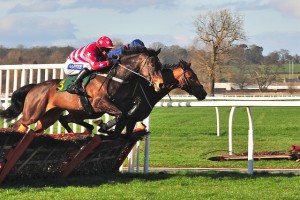 There were 9 runners but it was a two horse race with IPT and CBT significantly more efficacious than all the other psychotherapies at post-treatment and follow up.

The authors conclude that of the nine psychotherapies included in the network meta-analysis only IPT and CBT are significantly more beneficial for children and adolescents than control conditions at post-treatment and at follow up. Whilst both IPT and CBT demonstrated a robust effect over short term follow up, only IPT had a beneficial effect for children and adolescents at long term follow up. The theory behind IPT may resonate with young people in particular due to interpersonal difficulties being more likely to fuel psychopathologies at this age (Gunlicks-Stoesse, M. et al., 2010).

In relation to the acceptability of treatment, it was found that IPT and problem-solving therapy had significantly greater acceptance than CBT and cognitive therapy. A possible interpretation for this is that psychotherapies which place emphasis on cognitive changes may be more difficult for young people to engage in.

Whilst publication bias in meta-analyses is a widely contended issue, recent studies have found that the results of psychotherapy research for depression are only marginally affected by publication bias (Niemeyer et al, 2013). The author’s inclusion of unpublished studies in this network meta-analysis should therefore be commended for contributing to this lack of publication bias.

The authors acknowledge that there are several limitations within their study. Network meta-analysis works by assuming that all treatments in one ‘node’ of the analysis are similar in rationale and procedure. However the authors state that the therapies considered as ‘family therapy’ were somewhat heterogeneous in their nature. Similarly, the control condition node of ‘treatment-as-usual’ may mean very different things in different mental health care contexts and in some cases may be little different to control conditions considered in the ‘no treatment’ node. In general, the authors do not expand very much on the conceptual heterogeneity of the studies included in this network meta-analysis. For instance there is no mention of the treatment duration in each of the studies, or the difference in follow up times between studies, or any differences in outcome measures or populations of the studies. It may therefore be inaccurate to make conclusions based on a comparison of several different types of studies.

In addition to this, the study excluded participants who were experiencing treatment resistant or psychotic depression. Due to the omission of these groups, this may have led the authors to overestimate the effect size of the psychotherapies. However, as noted above, it is this group of people for whom clinical guidelines recommend the use of medication, and this may aid the efficacy of psychotherapy in these instances.

Finally, the study only focused on three specific outcomes and did not choose to investigate several important outcomes pertinent to making a decision for which treatment may be best for a child or young person. For instance, data was not collected on adverse effects, cost-effectiveness, quality of life outcomes or suicide rates. Outcome measures within RCTs have recently generated much debate particularly around the involvement of service user researchers in the selection of outcome measures, which several have found to be different from those selected by clinicians or researchers (Crawford et al, 2011). Faulkner (2015) therefore encourages the inclusion of service user researchers in selection of outcome measures, in a bid to improve the RCT method.

The study concludes that:

Our review supports the notion that IPT and CBT, when available, should be the initial choice of psychological treatment for depression in children and adolescents.

Despite this, there is still a wealth of research to be conducted to investigate other psychotherapies which are under-researched in this population, as well as looking at outcomes other than efficacy and acceptability. 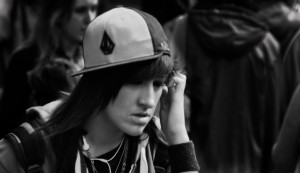 The study concludes that IPT and CBT should be the initial choice of treatment for depression in children and young people.

Birmaher et al (1996) Childhood and adolescent depression: a review of the past 10 years. Journal of American Academic Child and Adolescent Psychiatry; 35: 1427-1439.

Weisz et al (2006) Effects of psychotherapy for depression in children and adolescents: a meta-analysis. Psychology Bulletin: 132; 132-149.

Hetrick et al (2015) Back to basics: could behavioural therapy be a good treatment option for youth depression? A critical review. Early Intervention Psychiatry: 9; 93-99.

Niemeyer et al (2013) Publication bias in meta-analyses of the efficacy of psychotherapeutic interventions for depression. Journal of Consulting and Clinical Psychology: 81; 58-74.