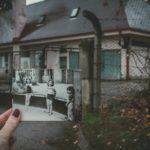 Do you like talking about your past? Solomon does, aged 49¼ and so does his mum (aged 80¾). I do: Elizabeth, aged 54¼ but my mum really does not (aged 88¼). Does this matter? We think so and this is one issue we raise in this blog about reminiscence therapy.

Reminiscence is an intervention strategy often used with people with cognitive impairment to promote stimulation and social connections. It can be implemented in many ways, sometimes within simple conversations or using photographs or objects either informally or in a structured way within groups.

Reminiscence therapy for dementia is the subject of a recently updated Cochrane review (Woods et al 2018), which includes the REMCARE study that was covered in a previous Mental Elf blog, which noted that reminiscence therapy is popular, interesting and encourages social interaction. This is still true. However, as a meta-analysis (amalgamation of a number of research studies together) it relies on previously published research, and therefore the lack of definition of ‘reminiscence therapy’ noted as a problem in the previous blog, remains, and different terminology is still used interchangeably. 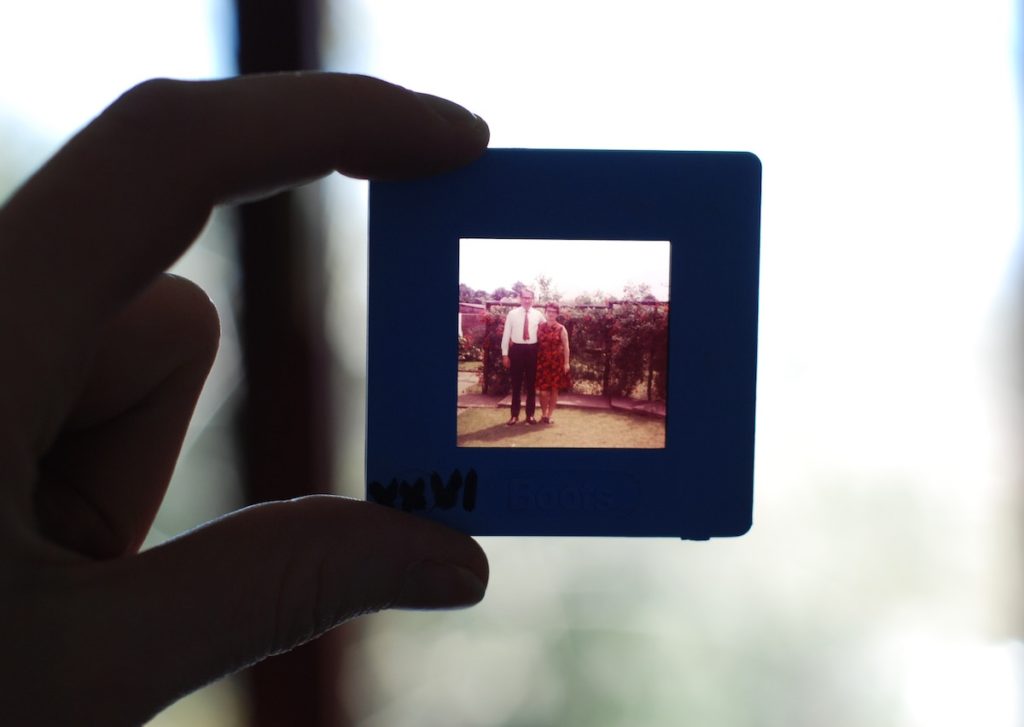 Reminiscence therapy uses videos, pictures and objects to discuss events and experiences from the past, with the aim of evoking memories, stimulating mental activity and improving well-being.

The review included only experimental research (randomised controlled trials (RCTs)). The research papers were located by searching the Cochrane Dementia and Cognitive Improvement Group ALOIS register on 6/4/17 using the term ‘Reminiscence’. The authors included only research that focused on people with dementia and carers in care homes and the community as individuals or a group. In addition, only RCTs with an intervention of at least 4 weeks or 6 sessions was included and it had to include a ‘no treatment’ or ‘passive control group’ (a group that does not get the reminiscence therapy intervention, which the intervention group can be compared to). There were no age limits put on the search and research that included mild cognitive impairment or no diagnosis was excluded from the review. Success of the interventions was measured by looking at quality of life (QoL), cognition, communication, behaviour, mood, relationships and care outcomes.

Two people appraised each research paper and independently rated the data. The GRADE tool was used to assesses ‘certainty of the evidence’ scored at moderate, high or low and the reviewers reported that the risk of bias in the studies was generally low.

It is difficult to see how the authors could have been any more comprehensive with their approach. They do note however that the papers examined could be an incomplete sample as there may be unpublished research papers did not find positive effects of the intervention.

The results presented in the review are, not surprisingly, very complex and the statistics difficult to interpret if you are not a statistician, so we have selected a few interesting findings to note here. The authors examined 22 studies (accounting for 1,972 participants). They also conducted a meta-analysis, that is, where data from numerous studies are pooled together and reanalysed using statistical methods (they included data from 16 studies which in total had 1,749 participants).

The researchers found that reminiscence work did not improve QoL overall, but in care homes (but not community settings) there was a small effect on QoL straight after the intervention. This was also true for cognitive tests, though the small effect was not sustained long term.

Recruitment and attendance for reminiscence therapy in community settings was poor, but a positive effect on communication in the community is reported.

Two studies included carers and they found that shared reminiscence increased anxiety at longer-term follow up (for the carers), though they consider this of ‘uncertain clinical importance’ based on the statistical significance. 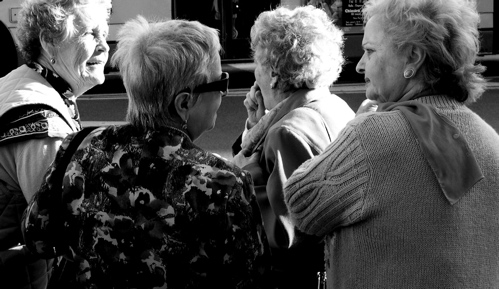 “The effects of reminiscence interventions are inconsistent, often small in size and can differ considerably across settings and modalities.”

The authors conclude that “overall we thought most of the trials were well conducted” and that the volume and quality of RCTs had improved since the 2005 review, which is encouraging.

Overall, they conclude that “there is some evidence” that reminiscence therapy improves quality of life, cognition, communication and mood, but that the effects are not consistent across different types of dementia or settings. They say that “the evidence relating to quality of life is most promising in care homes” and that “relating to mood is most promising for individual reminiscence therapy”.

They suggest large scale RCTs of individual integrative reminiscence work and digital storybooks are needed for future research to see if “promising work from smaller studies can be replicated in a big way”. They also suggest studying the way that reminiscence therapy is done in different settings, so we can understand why there are differences in relation to types of reminiscence work. 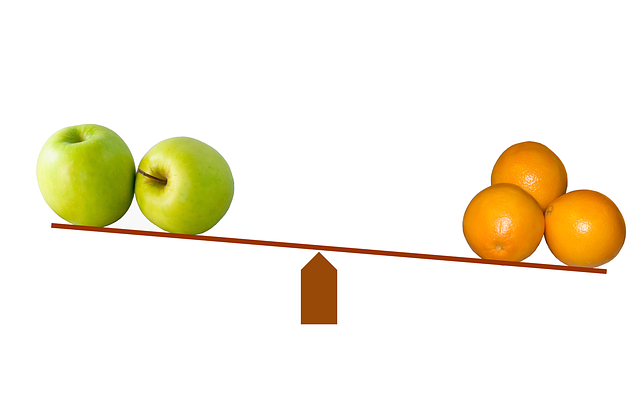 The wide range of reminiscence interventions across studies makes it difficult to compare and evaluate relative benefits.

In addition, the quality of the included trials is noted to have improved since the 2005 review. Some unpublished data is included in the review and where this occurs it is made clear in the reference list.

The results can be applied to practice in that they give practitioners some (admittedly limited) confidence in reminiscence therapy and help them target where these approaches can be efficiently applied.

In our view, there are some important issues that are not sufficiently discussed in this review. Although the reviewers say they found no evidence of harm (e.g. agitation as an outcome), reminiscence therapies may exclude people who become agitated during the interventions or staff may withdraw people assuming agitation to be dementia-related rather than intervention-related. There are also ethical issues that do not lend themselves to examination in reminiscence therapies nor are they discussed in the review. They say only that “we found no evidence of harm”. We think practitioners need to be able to have more confidence that they are not doing harm. Staff need to understand they are doing therapeutic work, not therapy.

The authors also conclude that there is “no evidence for effects of RT [reminiscence therapies] on….relationships”, however, there are only three studies reported that examine effect on relationships as an outcome, with specific measures for ‘warmth’ and ‘absence of conflict’. Putting the lack of evidence about safety aside, this may be discouraging for care staff as well placed reminiscence therapy has the potential for fostering very good relationships in practice in one to one conversations.

Of course, applying the results of RCTs requires generalising to your population. At an individual level we need to take some care. There is a growing body of evidence relating to a link between post-traumatic stress disorder (PTSD) and dementia (Quershi et al. 2010), and people with PTSD who develop dementia may be at particular risk if involved in reminiscence. Benign assumptions may be made by well-meaning people when they engage in reminiscence therapy. In addition, undiagnosed PTSD in people with dementia risks distressed or expressive behaviours being conceptualised as part of the symptoms of dementia (overshadowing), rather than the problematic emotional condition that it is.

This is a complex area and one not addressed in research to date that we can find. Recent guidelines from the National Institute for Health and Social Care on Dementia (NICE, 2018) recommend that staff should consider group reminiscence therapy for individuals living with mild to moderate dementia. This supports the case for care professionals to continue to implement reminiscence work, however the potential harm or unintended risk should be kept in mind in order for practice to be sensitive and ethical.

We would suggest that future research focuses on the wider aspects of relationships and their effect on outcomes and how reminiscence approaches can promote meaningful and positive interactions. 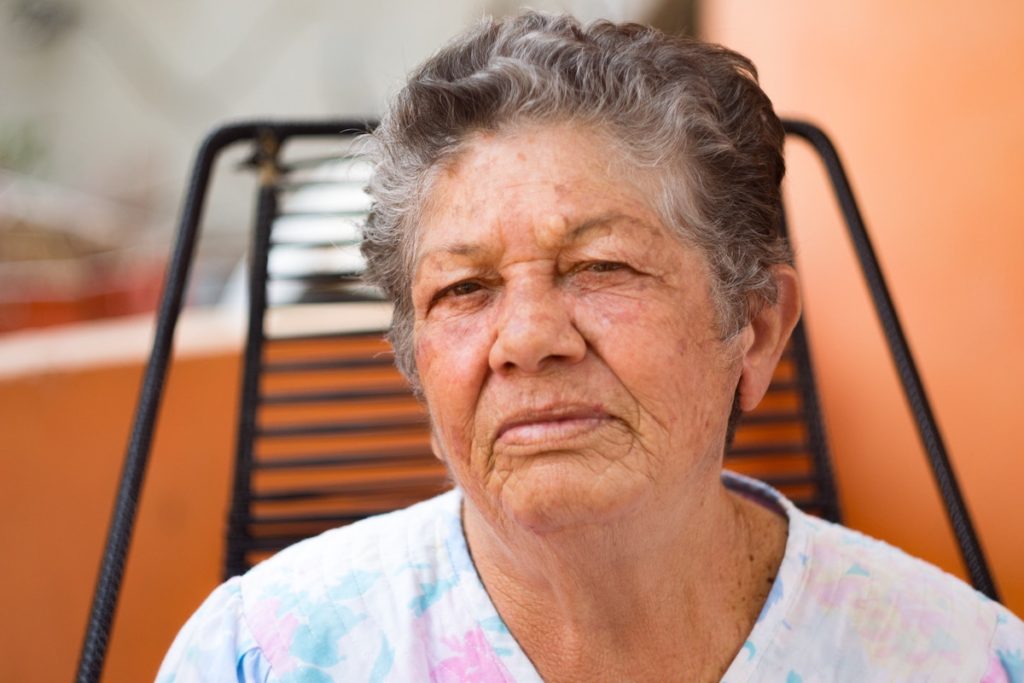 NICE recommends group reminiscence therapy for people with mild to moderate dementia, but the potential harm or unintended risk should be kept in mind in order for practice to be sensitive and ethical.

Reminiscence groups for people with dementia and their family carers: REMCARE trial