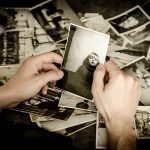 The benefits of participating in reminiscence groups for people with dementia seems to have a reasonably good evidence base (Woods et al 2005; Huang et al 2015), but the trial reviewed here (Woods et al, 2016) aimed to investigate the effectiveness of running reminiscence groups including people with dementia and their family carer. It also examined the cost effectiveness of the intervention. 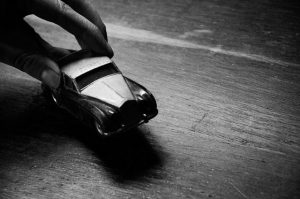 People with dementia and carers were recruited over time (3-5 waves) from mainly community mental health services and third sector organisations in Manchester, Hull, Bangor, Bradford, London and Newport. 350 pairs (spousal or non-spousal dyads) who had been randomly allocated to reminiscence group work (intervention) or to carry on with their care as usual (control group) completed the study.

Two standardised tools were utilised to assess primary outcomes (i.e. quality of life and carer mental health) and another nine to assess secondary outcomes (e.g. stress, cognition, autobiographical memory). The assessments were conducted at baseline, three months and then again at a ten month follow up.

It is reported that the reminiscence group (of 2 hours duration) was delivered by two trained facilitators using the ‘Remembering Yesterday, Caring Today’ (RYCT) manual developed ‘in the trial platform for this study’. There were 12 sessions over 12 consecutive weeks focused on different themes (e.g. school days, working life or holidays), utilising a variety of methods such as art, re-enactment of memories and singing. This was followed by seven monthly maintenance group sessions. Adherence checklists by the facilitators and meetings with the trainer in different centres helped maintain consistency between the groups.

The cost-effectiveness analysis used conventional methods except that it was conducted from a perspective that is not societal, but instead incorporates both NHS and local government costs.

The study reports useful cost data for RYCT, but that full results for the cost-effectiveness analysis were not presented because the intervention was not found to be effective. 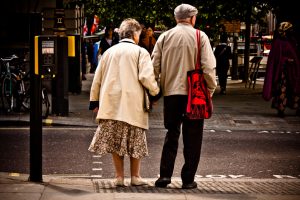 This trial found that the possible benefits of reminiscence groups for people with dementia were offset by raised anxiety and stress in their carers.

The study broadly satisfies the CASP criteria for economic evaluation. However, apart from the lack of cost effectiveness, there are two main limitations of this study when considering applying the findings to practice:

From a technical point of view, when the critical appraisal skills programme (CASP) ‘questions to help you make sense of a trial’ are applied this paper comes out well: clearly focused issue, randomised assignment to intervention, groups all similar, well matched for age, ethnicity, marital status and gender, all participants accounted for at the end. Although participants could not be ‘blind’ to the intervention (they knew if they were doing reminiscence or not), strategies were put in place to try and limit any effect this might have on the assessments.

Although the results of this trial do stand alone and provide useful evidence, the main point of interest for me was the lack of definition of ‘reminiscence’. This is tricky as it is presumably the crux of the whole study yet it is the least explicated. We are told that the facilitators of the reminiscence intervention were trained and followed a manual and the topics of the sessions. There is no information about how facilitators and volunteers responded or communicated with people with dementia during the groups, apart from carers being guided to value contributions and pairs encouraged to bring material from home. Although this study uses the term reminiscence group work, their justification for the study comes from a Cochrane systematic review of reminiscence therapy which suggested joint approaches might be more effective. Reminiscence ‘therapy’ seems to be used interchangeably across the literature with reminiscence group; this is not necessarily an accurate descriptor or comparison for what is actually happening within the intervention.

A 2005 systematic review (that two of the authors of this paper were also involved in) notes the variation in types of reminiscence work reported and in results between studies, and calls for better designed trials so that more robust conclusions can be made (Woods et al 2005). Although the paper reviewed here addresses this in part (a better designed study), the theoretical principles of the approach taken remain unclear, which may be important if the difference in results is down to whether the intervention is delivered as ‘therapy’ or as a therapeutic activity. The defining characteristics of therapy are: ‘‘talking about life events, feelings, emotions, relationships, ways of thinking and patterns of behaviour; occur regularly at specific times and within a specific context and aim to help individuals to understand themselves and their illness, to promote effective change of thinking or behaviour or otherwise to enhance the person’s wellbeing” (Cheston & Ivaneka, 2016, p2).

The NICE/SCIE guidance (updated in Sept 2016) says only that ‘reminiscence therapy’ should be available for people with dementia. As they are presumably mirroring the language used in research, I think that research should ensure a distinction is made between ‘therapy’ and ‘therapeutic’ and more carefully describe and define the intervention they are testing. This distinction could open new research avenues.

Although participants in research about reminiscence work may be given training, there is no guarantee that staff in practice who get involved in this type of activity will see the need or have access to such training themselves. Therefore, the authors’ conclusions are good ones. I would go further though and say that the most appropriate and meaningful way forward is more local evaluations of individual harms or benefits. 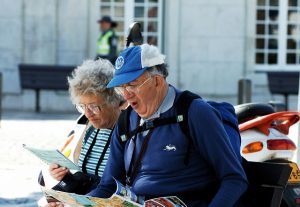 Should this evidence lead us to question the idea that involving people with dementia and carers together in an intervention leads to better outcomes for all?

CASP appraisal checklist ‘Questions to help you make sense of a trial’ (PDF).