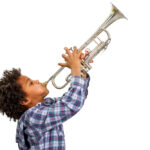 This is a long-debated question: is music therapy any different to listening to music? Does it work for children with Autism Spectrum Disorders (ASD)? ASD affects about 1% of the population, but so far, interventions to reduce severity have not been very successful.

Arts interventions have been explored in a variety of contexts as therapy for particular conditions, such as for people with dementia, people with depression, or children with common mental health issues. However, as you will see from just these three studies, research in this area is not conclusive, and there is not yet enough high-quality evidence to show that these arts therapies are useful, or any better than usual care. Music therapy is an established type of therapy delivered by professionally qualified practitioners, which aims to improve quality of life of participants (see British Association of Music Therapy website). Therapy could be focused on emotional or psychological health, but equally physical or social needs. Music alone does not provide the therapy (though music can be therapeutic); music is the tool of the therapist to help achieve therapeutic goals of the client (whatever they are).

Historically, there has been a lack of evidence for the effectiveness of music therapy interventions, for many reasons, but most often low numbers of participants and low quality of studies. This means that studies could be affected by forms of error, bias, chance or confounding, therefore any results might not reflect what is actually happening and cannot be trusted.

In this study, the authors hypothesised that music therapy could help children with ASD to communicate more easily and improve symptoms, such as impaired social skills, repetitive behaviours, recognising and sharing emotions, and other behavioural difficulties. 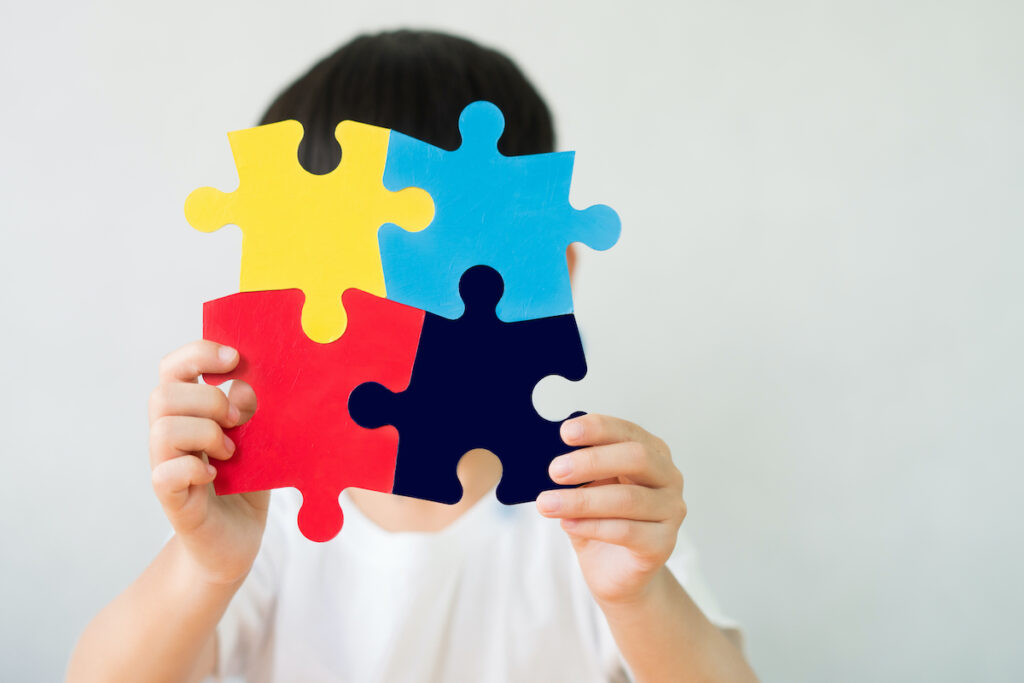 Autism Spectrum Disorders affect about 1% of the population but so far, interventions to reduce severity have not been very successful.

I have blogged before about the importance of defining music therapy properly (see this post about a trial for adults with dementia), so it’s good to see this study including a detailed explanation:

The trial included 36 children aged 4-7 recruited from day care psychiatric facilities (31 boys and 5 girls). All children had a previous validated diagnosis of ASD based on the Childhood Autism Rating Scale (CARS). Children were randomised to 2 groups:

They received 25 sessions over 8 months, and each session lasted 30 minutes. Children were assessed at the beginning of the trial by clinicians who did not know which group they had been allocated to. Clinicians conducted the following assessments:

These assessments were conducted again at the end of the study to evaluate the effectiveness of each intervention.

A decrease in CGI scores was observed in both groups by the end of the trial: 17/19 (89.5%) patients in the MT group had score of at least 1 point lower vs 14/17 (82.4%) in the ML group. This indicates that CGI scores were lowered by (i.e. symptom severity decreased) in 89% participants in the music therapy group. This is a greater improvement than seen in the music listening group (where only 82% participants saw this improvement). Further, in the MT group, 12/19 (63.2%) improved by at least 2 points compared to 5/17 (29.4%) in the ML group; an even greater decrease in symptom severity.

CARS scores decreased in both groups, but not in a statistically meaningful way, meaning that the differences observed could just be due to chance. Therefore, these results do not give any extra information about the effectiveness of music therapy over music listening, because we can’t be sure exactly what effect each intervention had.

Two interesting findings were observed when individual domains of the ABC assessment were scrutinised: lethargy, which relates to fatigue, tiredness or apathy in patients, and stereotypy, which describes repetitive and typically purposeless movements or sounds. A reduction in both these behaviours would be a positive outcome for an intervention. In this study, researchers noted that lethargy improved in MT group, but not in ML group, indicating some effect of music therapy. Similarly, stereotypy improved in MT group but worsened slightly in ML group, again indicating some sort of relationship that would need to be further explored.

However, including gender in the pre-intervention analyses found this no longer meaningful, implying that the finding could be explained by the fact that the MT group had more girls participating than in the ML group, and they had higher ABC scores than the boys. So, overall, music therapy did not have an effect on lethargy and stereotypy. 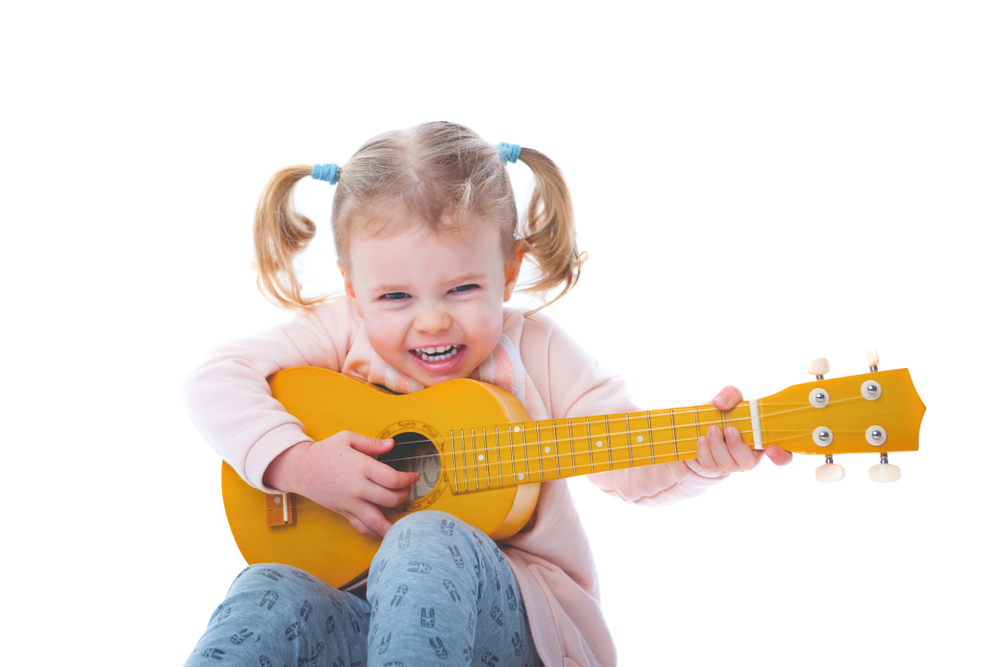 Findings suggested that lethargy and stereotypy improved in the music therapy group, but this could be accounted for by the higher number of girls in this group.

63.2% of children in the MT group had an improved CGI scores of at least 2 points after the MT intervention compared to only 29.4% in the ML group, which would suggest that music therapy has a more positive effect on participants than music listening alone.

This is potentially also associated with an improvement in symptoms of lethargy and stereotypy among patients of music therapy, which is also an important finding, but researchers cannot be certain of this effect. Music listening alone appeared to worsen the symptoms of stereotypy. 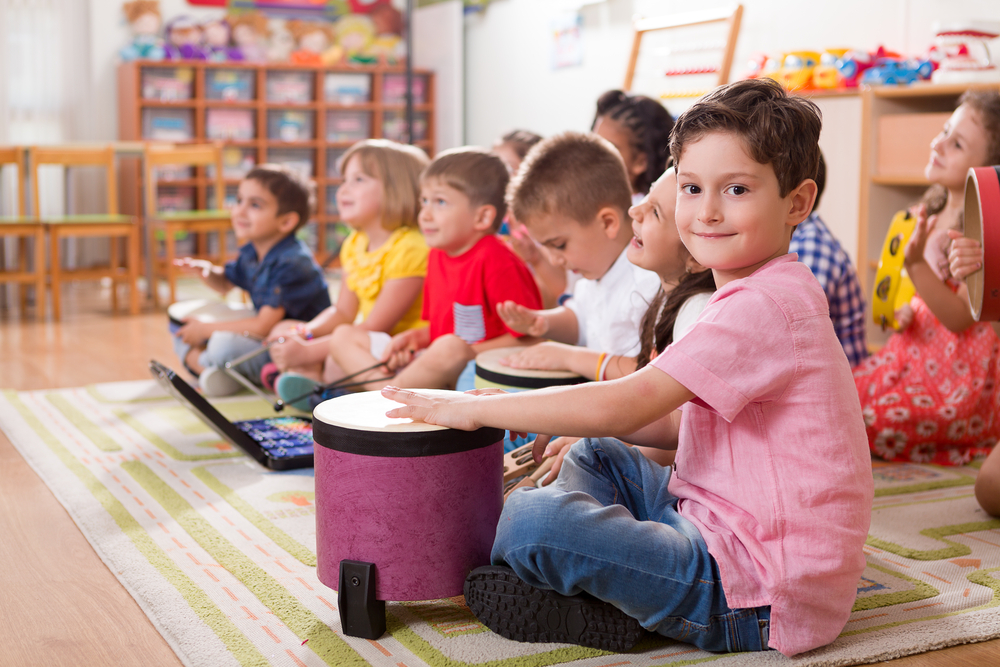 By the end of the trial, 63% of the children in the music therapy group had an improved “Clinical Global Impression” score of at least 2 points vs. 29% in music listening group.

Having a music listening group strengthens this study, allowing direct comparisons between groups. However, it was not immediately clear that the children all shared one music session (as opposed to attending individual sessions). Adding a group of children who received individual music therapy sessions would make an interesting additional comparison group for this study, though of course that would have extra cost and time implications.

An 8-month trial is longer than many other existing music therapy studies (which are often conducted in days or weeks), however the small sample size of only 36 participants is a limitation that the authors themselves recognise about many studies in this area. The fact that these children were all recruited from day care psychiatric facilities may also mean that they are different in some way to children who do not attend these facilities; meaning that the intervention may not be generalisable to other children with ASD.

The investigators did not make use of the Autism Diagnostic Observation Schedule (ADOS); a common measurement used in many other ASD studies, including ones referenced in this paper. Using similar assessment measures would have enabled clearer comparisons between this and other studies.

Another way to add to the findings of this study would be to follow up with children a few months later to observe if the positive changes have been retained, as interventions are most valuable when they have positive long-term effects. 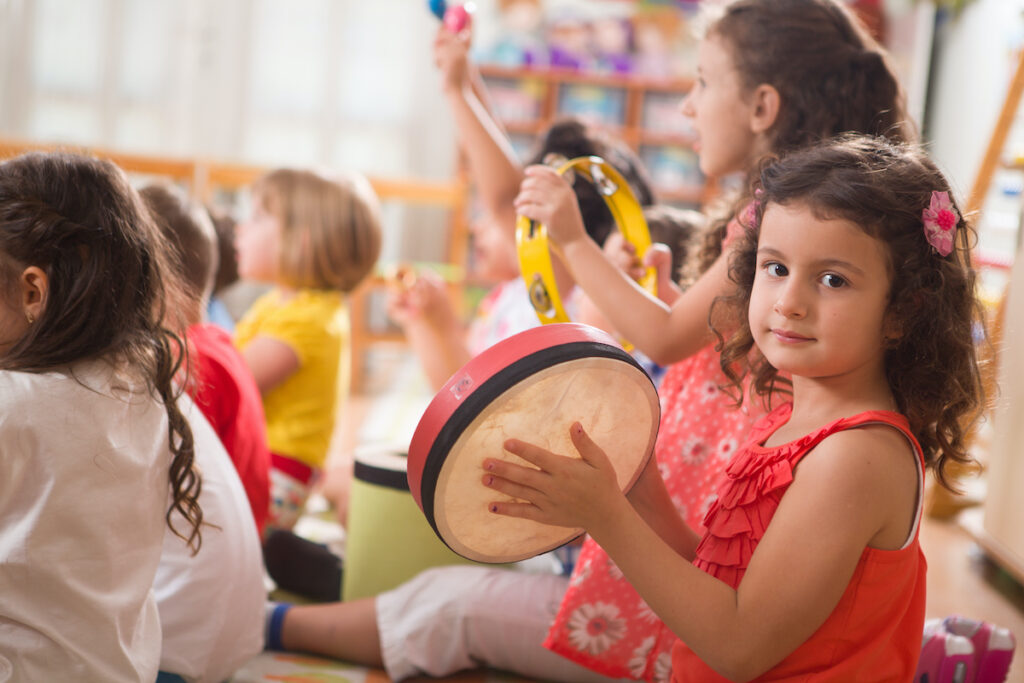 There were small participant numbers overall, but having a music therapy group and music listening group enabled more meaningful comparisons.

Identifying a non-pharmacological intervention to improve symptoms and severity of ASD is extremely worthwhile, as ASD is associated with significant health and economic burden worldwide, mainly due to increased number of years lived with disability and premature death. The finding in this study of a 2-point decrease on the CGI scale (indicating a lowering in the severity of symptoms) is promising. It’s also possible that even small improvements in symptoms of ASD would benefit the caregivers and families in these situations too – an added bonus.

Positive results are encouraging when considering that music therapy interventions could be rolled out to developing and developed countries alike, relatively easily, as non-drug interventions are often cheaper and easier to implement than drug therapies.

Social prescribing is another type of non-drug therapy that has gained momentum in recent years. It refers to medical professionals linking patients to non-medical support, including but not limited to arts/creative therapies. The fact that social prescribing is cost-effective (when compared to drug prescriptions) is extremely attractive to governments and commissioning groups. However, so far, the jury is out on whether social prescribing is effective or not, as explored in a previous Mental Elf Blog. 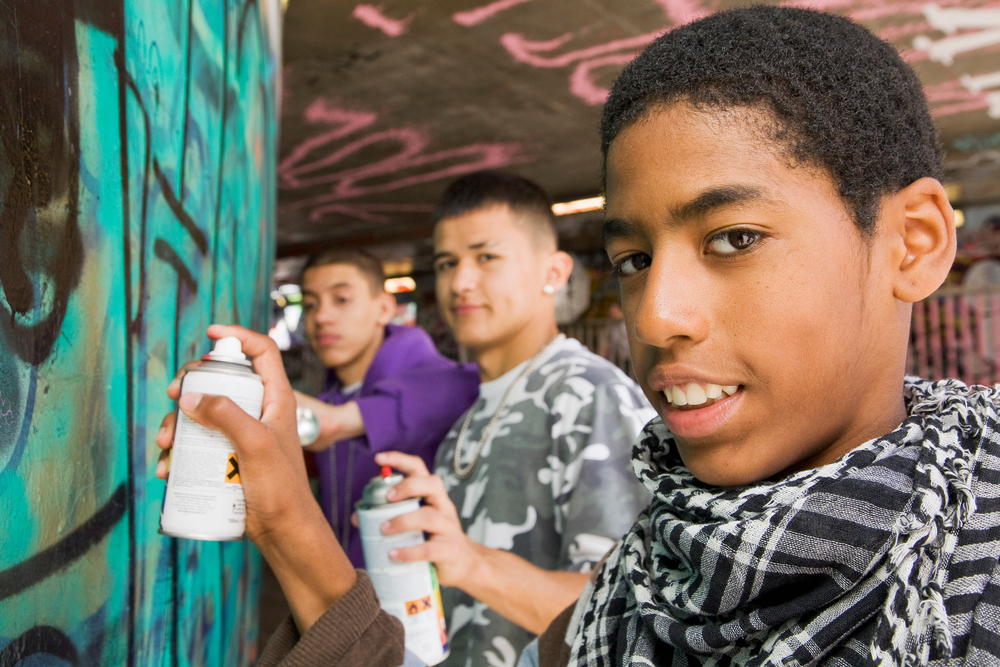 Non-drug interventions and social prescribing for autism spectrum disorders could potentially be rolled out to developing and developed countries alike without many barriers.

Farmer, K. J. (2003). The Effect of Music vs. Nonmusic Paired with Gestures on Spontaneous Verbal and Nonverbal Communication Skills of Children with Autism Between the Ages 1-5.