Home » Posts » Populations and settings » child and adolescent » Turn on, tune in, drop out! Music therapy no better than usual care for young people 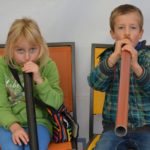 Arts therapies have been used for a long time to help people with mental health difficulties, and NICE even recommends that they should be offered to everyone with a diagnosis of schizophrenia and related problems such as schizoaffective disorders and psychosis. However, the evidence base even for this group is comparatively weak, and for other mental health problems it is even more so. There is evidence that it might help, but studies are generally small and/or low quality so that drawing firm conclusions is difficult to impossible.

On a personal note, this elf, while never having engaged in music therapy in a clinical sense, has been a musician for a long time and finds making music extremely therapeutic. So this area of research is of interest to me. However, I also have experience of the fact that certain kinds of music-making, such as free improvisation, are not everyone’s cup of tea.

This paper, published in the Journal of Child Psychology and Psychiatry in 2017, was the first to examine the use of music therapy in young people with mental health problems on a large scale.

Free improv: not everyone’s cup of tea, but some of the more radical elves are very partial to a bit of Derek Bailey.

Children and adolescents were excluded if they:

251 young people in total were randomised to two groups:

The primary outcome was communicative and interactional skills as measured by the Social Skills Improvement System rating scales at week 13. This is a self-report questionnaire aimed at both children and their guardians. The child completes one copy and the adult another.

Neither parents nor patients were blind to study condition. Taken together with the fact that outcomes were based on self-report, this represents a serious limitation. Adding an outcome that was not based on self-report such as observation by a clinician, or validated instruments that were more diagnosis-specific, would have helped.

Participants represented a typical CAMHS population but excluded the most severe cases. They were matched in terms of diagnostic group and age. They were recruited from six different sites that varied in terms of socioeconomic background of their clientele.

It is debatable whether the groups were treated equally apart from the experimental intervention. The authors state in their conclusion that some of the observed effect was likely due to the care and attention from the therapist rather than specific to music therapy, but they then go on to say that the inclusion of a non-musical control would have been inappropriate as therapeutic interaction is an active component of music therapy. I would like to question this, as I am of the opinion that attention control could have been achieved.

Participants were analysed in the groups into which they had been randomised (intention-to-treat analysis). There was a lot of missing data: 47 of 123 participants of the intervention group and 23 of 128 participants of the control group were lost to follow-up at week 13. Looking at the table for the primary outcome in the overall population, no significant differences were found between intervention and control groups. The authors performed several subgroup analyses by gender, diagnosis, and age, and found a small but significant improvement in SSIS in participants over 13. However, this was not sustained in the longer term.

The main limitation of the study is its large attrition rate and loss to follow-up. 38% of the intervention group dropped out as compared to 18% of the control group. This seems especially frustrating as treatment acceptance seemed to be quite high: 12% of the intervention group did not attend their first appointment, but 88% of the group (108 young people) attended 10-12 music therapy sessions with all of these attending the final session. However, only 76 young people attended primary outcome data collection sessions.

32 of the young people in the intervention group who had attended 10-12 music therapy sessions (that’s nearly a third of this very adherent group) did not attend primary outcome data collection sessions. The authors speculate about reasons for this and mention substantial parental anecdotes about improvements that may have resulted in parents not wishing to subject their children to further questionnaires about mental health. The amount of missing data may have resulted in an underestimation of the treatment effect. 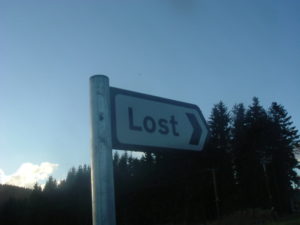 The large attrition rate and loss to follow-up are a serious limitation of this study.

It’s vitally important to build an evidence base for creative therapies, but the large attrition and loss-to-follow-up rate means that this study’s results probably aren’t very valuable.

The authors mention that there was anecdotal evidence that it really worked for some of the children, but this is not captured in the quantitative results. It is also clear that the therapy was completely unacceptable to others. I think it would be useful to study this in a more focussed way. For example, one could include some “harder” outcomes, narrow down the age range and/or diagnosis. This would help to get a clearer picture of the kind of population that is likely to benefit from music therapy. 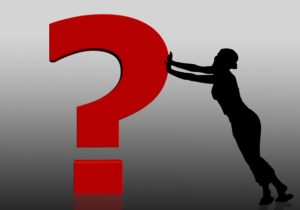 Once again, a randomised controlled trial fails to find much benefit from music therapy. Where does this leave patients and policy makers?

© Copyright Stanley Howe and licensed for reuse under this Creative Commons Licence.