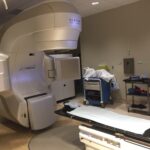 Radiotherapy to the head and neck can have adverse effects on the tissues. This can include acute and chronic problems such as oral mucositis, changes to saliva, pain, dysphagia, dysgeusia, trismus, deafness, radiation-related caries osteoradionecrosis. Modern radiotherapy techniques have been developed to reduce these adverse effects.  However, the use of intraoral stents has been proposed to help minimise adverse effects with some studies indicating beneficial effects.

The aim of this review was to assess the effectiveness of intraoral stents in reducing toxicities in oral cavity induced by radiotherapy in head and neck region.

The review protocol was registered in PROSPERO and searches conducted in the Medline/PubMed, Embase and Scopus databases supplemented by searches in the journals, Journal of Prosthetic Dentistry, the Head & Neck, the Journal of Prosthodontics, and the International Journal of Prosthodontics. Clinical studies (randomised controlled trials [RCTs] , prospective or retrospective with a minimum of 10 patients  published in English from Jan 2010 to March 2020 were considered.  Two reviewers independently selected studies, extracted data and assessed risk of bias. The Cochrane domains based tool was used for RCTs and the Newcastle -Ottawa scale for non-randomised studies. Meta-analysis was conducted for the outcomes oral mucositis, trismus, and salivary changes reported as mean differences (MD) with 95% confidence intervals (CI).

Intraoral stents have a positive effect on preventing oral mucositis. Further clinical trials are needed to address the flaws identified in the present systematic review.

The authors have search 3 major databases for this review however they have only included papers published in English from 2010 onwards which may have excluded some relevant studies. Only 7 relevant studies were identified and none of the publications were at low risk of bias and only two of these were RCTs. In addition, only two of the included studies provided data that could be included in meta-analyses.  There was marked heterogeneity in the quality of the reporting with 3 studies providing scant information regarding patients, tumours, and treatment characteristics. So, while the analyses indicated a beneficial effect from the use of intraoral stents the is based on a limited number of small studies, so the certainty of the evidence is very low. Assessing whether intraoral stents has a real beneficial effect required well conducted and reported RCTs of appropriate size following the SPIRIT and CONSORT guidance and including  a common outcome set (COMET).

Osteoradionecrosis of the jaws: Prevention in adult patients with head and neck cancer

Oral mucositis in cancer patients: the effect of oral supplementation