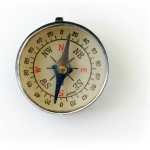 Miracle breakthroughs are rare in mental health research. To compensate, the media sometimes hype up the results of a study more than is warranted. Mixed with a bit of sloppy fact-checking, this was what the New York Times did on the 20th of October, with Kane et al’s paper on their Early Treatment Programme (Kane et al, 2015).

Initially the NYT reported that lower doses of antipsychotic medication had led to better results for the participants, who had schizophrenia. But the paper doesn’t even mention medication doses, so they swiftly issued a correction.

Then they switched to the grand claim that ‘a new approach’ was being advised to treat schizophrenia; one focused on talking therapy and family support.

Let’s cut through the media spin: what is this paper really about?

Schizophrenia is a devastating affliction. We know that early treatment is the best strategy, and that certain interventions, like medication, talking therapy, psychoeducation and employment support can help. But there have only been a few trials testing some of these aspects rolled together into one treatment package.

The Early Treatment Programme (ETP), part of the NIMH’s Recovery After an Initial Episode of Schizophrenia (RAISE) initiative, offers exactly this kind of intervention. Kane’s trial tests how well it works. 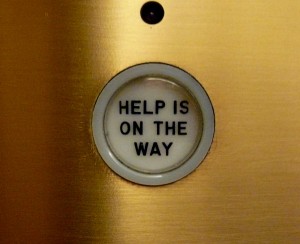 404 participants between the ages of 15-40 were recruited, each with one of:

Participants had experienced only one psychotic episode and had taken antipsychotic medications for less than 6 months.  They were recruited and treated by one of 34 community mental health treatment centres, spread over 21 states in the US. The centres were cluster-randomised to provide either care as usual or an enhanced, ‘NAVIGATE’ model of care, which involved the following:

The components of NAVIGATE were implemented within a ‘shared decision-making, patient-preference framework’, and the teams that provided them were trained in how to do so.

Participants were assessed by blinded researchers on a 6-monthly basis over 2 years for the following:

Also, researchers in the local team asked patients about their use of the different components of NAVIGATE and of other services, using a ‘Service Use and Resource Form’, on a monthly basis.

Unsurprisingly, NAVIGATE patients were way more likely to agree that they’d received interventions that were part of NAVIGATE (p=0.0001 for all four components). They also stayed in treatment longer (23 vs 17 months, p=0.004) and were more likely to have had contact from mental health services each month.

Compared to the care as usual group, NAVIGATE patients:

Patients with a duration of untreated psychosis less than 74 weeks had far greater improvements on the HCQLS and PANSS than those who had been psychotic longer when both treatment groups were pooled (effect sizes of 0.54 vs 0.07 on HCQLS and 0.42 vs 0.13 on PANSS). On looking at the data tables, this stems entirely from increased effect sizes in the NAVIGATE group. Duration of untreated psychosis did not significantly affect scores on either measure in the care as usual group. 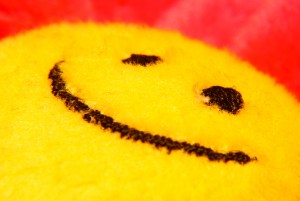 This RCT suggests that an integrated care package can improve functional and clinical outcomes for people with first-episode psychosis.

Firstly, let’s agree on what this trial isn’t.

It’s certainly not evidence that less medication and more talking therapy is the most advisable treatment for schizophrenia, as the NYT (and some casual observers) claimed. I wouldn’t be surprised if the awaited follow-up analysis shows that NAVIGATE patients took lower doses of antipsychotics than the control group, but that would just be a natural and pleasing byproduct of the doctors having so many other interventions at their disposal. They would be able to keep medication to the lowest effective dose instead of prescribing more and more as a poor substitute for holistic care.

Nor is this trial really evidence for a ‘new approach’ to treating psychosis. We’ve known for years, evidenced by multiple previous trials, that a multidisciplinary, early intervention approach is the best way to go (Craig et al, 2004; Petersen et al, 2005). No single intervention, be it talking therapy, medication, or social reintegration, is any good without the others.

So what is this trial?

It’s good solid evidence that a multifaceted, straight-out-of-the-box treatment package can be taught to staff and administered anywhere. It’s evidence that this approach improves quality of life. And it’s more proof that the earlier people get this help, the better.

Add this up, and you get the real benefit of this trial. It’s evidence that this kind of approach is worth funding. Not only does it reduce symptoms and help patients feel better about their lives, but it helps them get back into school and work. Though it didn’t cut down on hospital admissions, these were relatively uncommon in both groups, and admission is always a tricky outcome to interpret. Likewise, we don’t know how long the benefits will be maintained for, but there’s no reason to think it couldn’t be years.

None of the component parts of the treatment package cost that much, or require anything hi-tech. It’s a bit of help with finding a job or course, some resilience therapy, teaching families about mental illness and tweaking medications in an individualised way. That’s all. But, it could save millions of pounds, and millions of lives.

The real miracle breakthrough would be the nationwide funding and implementation of this model, which we now have even more cause to believe works very well. 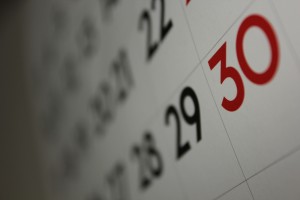 How long will it take for this evidence to get used in practice?