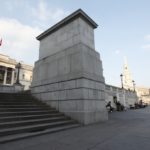 The recently published Lancet Psychiatry Commission on psychological treatments (Holmes et al., 2018) is an extensive and impressive joint effort by some of the most important researchers in the field, to set an agenda for how to advance research on psychological treatments. The sizeable 50-page report comprises ten parts, each outlining an area where there is opportunity and scope for improvement. While it would be impossible to do justice to each part in a blog post, or even attempt to summarise, I will concentrate my efforts on highlighting some ideas I considered particularly important and, where I feel they are justified, some objections.

This blog also features interviews with the authors of the Commission, recorded by André Tomlin in March 2018.

The fundamental premise of the Commission (that mental disorders are widespread, their burden great and existing treatments limited in reducing it) will be no news to readers of the Mental Elf. The underlying theme of the entire Commission is adeptly encapsulated in the authors’ assertion that:

Part 1 discusses how existing treatments work and makes a case for the importance of studying mechanisms of psychological treatments. The authors start from Alan Kazdin’s widely cited assertion that while many evidence-based therapies are available, there is little knowledge of how they work (Kazdin, 2007). The rationale for focusing on mechanisms of psychological treatments centres on the notion that we need to understand mechanisms if we are to develop new ways to improve interventions. The authors identify several possible advantages from the potential of making therapeutic strategies more precise, shifting research efforts away from refuted mechanisms to invest in alternatives or identifying moderators essential for personalising treatment.

Here and in several other places in the report, the authors underline that independent replication and larger samples are crucial, but it must also be stressed that not all replications are equally valid. The key terms here should be prospective and pre-specified, that is, testing a putative moderating variable prospectively in a clinical trial with pre-specified confirmatory hypotheses. Many of the examples given in this section, like variables that might qualify and effectively “rescue” the minute and unstable effects of cognitive bias modification (Cristea et al., 2015) are reports of post hoc data exploration, or derive from the emphasis on some significant subgroup findings over others (e.g., interaction effects shown on one outcome measure, but not on other). As a landmark analysis in cardiology demonstrated, focusing on post hoc subgroup results is not only insufficient, but often misleading (Sleight, 2000).

Moreover, in discussing the findings from experimental psychopathology, the authors frequently downplay or even gloss over negative results. Potentially beneficial effects of D-Cycloserine for exposure therapy (p.244) are referenced, without mentioning findings from the most recent meta-analysis for anxiety disorders, which used individual participant data from all but one of the trials. The meta-analysis found small effects compared to placebo, present in some contrasts (post-treatment) but not others (follow-up) and failed to identify any moderators of outcomes (Mataix-Cols et al., 2017). Further on in the report (p.249), the authors cite as evidence a Cochrane systematic review that found no benefit of D-cycloserine over placebo: “identifying factors that might moderate this benefit is challenging”. In another example, the authors enthusiastically discuss memory reconsolidation and its revolutionary potential to open up promising treatment avenues, but not that the most recent and comprehensive prospective replication attempt failed to evidence any reconsolidation effects in four direct and three conceptual replications (Hardwicke et al., 2016).

In this section, instead of well-justified red flags, the authors of the Commission resort to lukewarm, vague warnings about “mixed findings”, “boundary conditions” and “conceptual challenges”. It appears inconceivable that no benefit could really mean no benefit, or that there may be limited utility in hypothesising boundary conditions or moderating factors continuously chipping away at tiny, unstable effects.

Part 2 focuses on how psychological treatments can be deployed and the authors argue for brief, flexible and modular treatments derived from mechanistic research, and which could be adapted to different cultural contexts. Adaptation could also support the implementation of these treatments by lay people in a framework of low-intensity treatments. Moreover, they argue that the “traditional” model of one-to-one delivery by skilled and highly trained psychotherapists needs to be reconsidered.

Part 3 concentrates on combination treatments, stressing the need for synergy between mechanisms of action of different treatment modalities, but also the potential of negative effects from some treatment combinations. Justly observing that most existing research focuses on single treatments, that combination treatments often have only small benefits or even negative effects in the longer term, but are often a pragmatic consequence of how treatment is implemented. The authors once again turn to the potential of cognitive neuroscience to augment existing psychological treatments. Surrogate markers of treatment success are advocated. Though these may be important for early phase and proof-of-concept research, it should also be noted that promising effects on surrogate outcomes often obfuscate small or inexistent effects on clinically relevant measures (Cristea et al., 2017).

Part 4 focuses on prevention and early intervention, underscoring the need to identify risk factors for psychopathology and the optimal time to implement prevention approaches.

The authors judiciously underscore the perils of the widespread, but false notion, that doing something is better than doing nothing, noting that the distinct possibility of harm is a key blind spot (p.253) in prevention research. Moreover, the authors emphasise that few psychological interventions have convincing evidence of sustained benefit, lasting beyond the end of treatment or generalising to other areas of functioning.

Part 5 focuses on transforming the availability and efficacy of psychological treatments through technology and, more specifically, eHealth and mHealth approaches. Along with delineating the advantages and applications of technology and internet interventions, the authors also point to important caveats, such as the possibility of low quality treatments being offered, high patient drop-out and the unclarified potential of negative effects, as well as limited research into long-term effects and untoward consequences of this delivery mode (e.g., misunderstandings or content presented in a confusing way).

Part 6 discusses trials to assess psychological treatments. The authors note important challenges, such as accurate reporting of clinical trials, choice of outcome measures, measurement of adverse effects and prevention of bias in design and analysis. Crucial problems are underscored, like the lack of prospective registration, selective outcome reporting, publication bias against negative results, poor monitoring of side-effects and deterioration, and lack of clarity around conflicts of interest.

Choice of control condition is another important point, with treatment as usual being variable across trials, and active control conditions, controlling for non-specific factors, difficult to develop. For instance, the definition of psychological placebos hinges on the type of mental health problem: non-directive supportive counselling can be a one such placebo for psychosis, but not for depression, where it’s as effective as other treatments.

Finally, the authors discuss outcome selection decisions, such as choosing how many and which to measure, whether to select the usual clinical outcomes (e.g., symptoms) or the ones that matter to patients (e.g, quality of life, social functioning), and emphasise the need for systematic assessments of safety and unwanted effects.

However, what is sorely missing from this section is that both clinicians and basic researchers need training in research methodology and statistical literacy. For instance, many reports from both the clinical and experimental side of research on psychological interventions are rife with methodological confusions, such as elevating post hoc subgroup findings over planned, main or interaction effects, or situating results from randomised and observational data at the same level of internal validity. Often, researchers conflate exploratory and confirmatory findings, extrapolate far beyond their data and present speculations as probable conclusions. The example of cognitive bias modification, an approach extensively referenced in other sections, is a tell-tale case, where before rigorous data from prospectively registered and adequately designed and implemented randomised trials had accrued, the field was already touting a revolution (Cristea et al., 2015).

Personalised and transdiagnostic approaches to care

Part 8 focuses on embracing the complexities of mental disorders, given the extremely common symptom heterogeneity across disorders and comorbidity, including in the form of subsyndromal symptoms of other disorders. The complexity is a by-product of, among others, mental disorders being dimensional, and symptoms being mutually reinforcing, as assumed by the network approach to psychopathology, but also of important individual differences in how the same categorical diagnosis might translate for different individuals.

Two separate but possibly complementary approaches to this complexity are discussed, namely personalised (focussing on optimising a patient’s response on the basis of unique characteristics) and transdiagnostic (attempting to target mechanisms common across numerous mental disorders).

Part 9 zooms in on suicidal behaviour and discusses how principles outlined in the other parts could be applied to the development, assessment and implementation of treatments to reduce suicide. The authors stress the crucial fact that little is known about which treatments might be effective to individuals with suicidal risk, as these are often excluded from trials.

A set of suggestions for future research includes, importantly, the need for more large-scale, multicentric trials targeting suicidal ideation and behaviour, establishing a set of core outcomes to be assessed in trials, routine inclusion of measures of suicidal ideation/behaviour across all trials of psychological treatments, and involvement of those with lived experience of suicidal behaviour at all stages of treatment research.

Nonetheless, I cannot help wondering about the suggestion to use techniques derived from experimental psychopathology. I believe it would be helpful to be more guarded about the potential of this research, both from a pragmatic standpoint (i.e., why would one expect experimental psychopathology techniques to succeed where most other approaches failed?), but also from a principled one. Suicidal ideation and behaviour, as the authors note, are not only tragic, but also existential and deeply personal, with profound ramifications for the individual and the community. Any research has to make room for these complex aspects and take special provisions to avoid the temptation to oversimplify and trivialise. Surely the authors do not envision a future where we would model suicidal behaviour in the laboratory, perhaps by creating experimental analogues?

Finally, in part 10, the authors attempt to coalesce the breadth and diversity of topics and arguments covered, by discussing active innovation and scrutinising the future of psychological treatment research. Several critical problems are mentioned, such as possible practitioner preference for techniques not supported by evidence, vested interests in maintaining the status quo contributing to quashing new ideas, as well issues affecting the scientific enterprise as a whole, from which basic and clinical research is certainly not exempt, such as reproducibility and open data. I would have hoped the open science movement and its sweeping consequences not just for researchers, but for all stakeholders involved in mental health, would have been discussed more at length and featured more centrally in this report. Nonetheless, the mentioning is important.

The authors also identify several obstacles that might stifle innovation, namely branding of therapies, with accompanying restrictions of intellectual property, insularity and strong adherence to what one was trained to do, insufficient attention to dissemination and implementation plans in the developments of a treatment, and funding priorities.

To conclude, in the authors’ own words:

“We have outlined an agenda of some of the areas in which we see real scope to improve treatment research and treatment delivery to enable more effective interventions and greater accessibility of such treatments to individuals with mental disorders than have been available to date”. 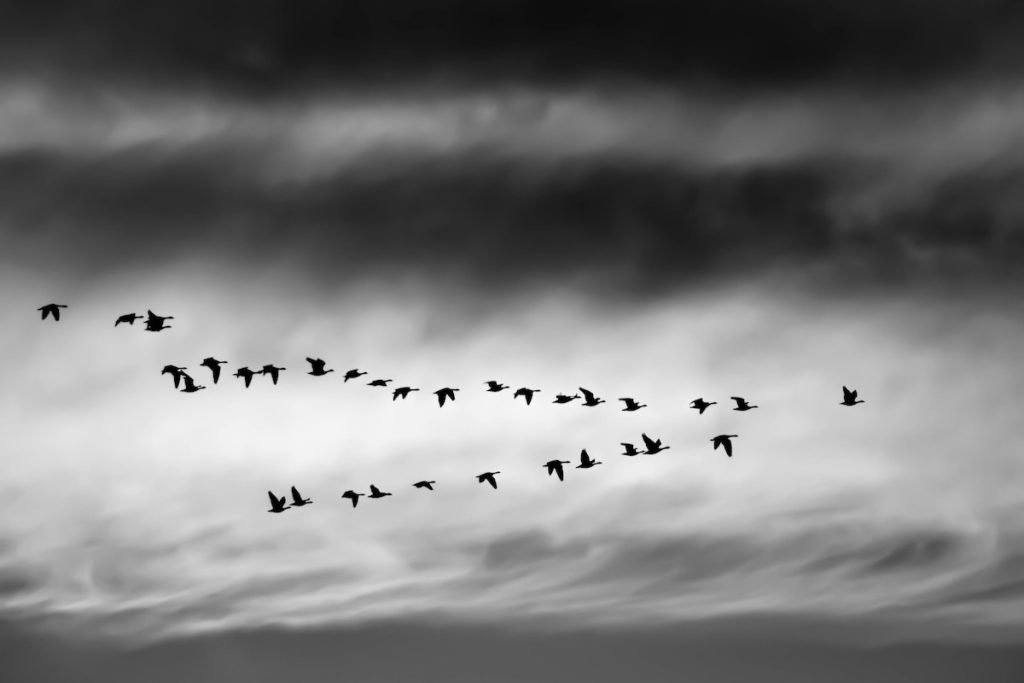 Do you have any comments or questions? Make your voice heard at the #SeeingFurther Twitter chat taking place at 12:30pm GMT on Monday 19th March.